In a letter to Obama dated May 21, Walker complained that the proposed rule was riddled with inaccuracies 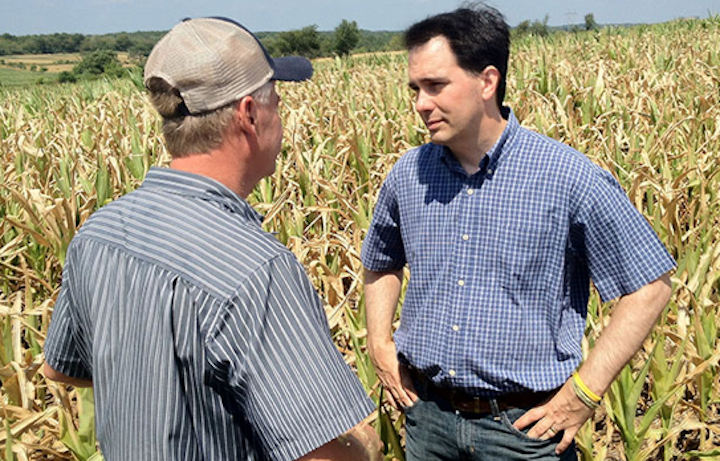 Wisconsin will not comply with the president's plan without "significant and meaningful changes," Walker said. Obama's proposal is aimed at curbing the pollution that cause climate change.

In a letter to Obama dated May 21, Walker complained that the proposed rule was "riddled with inaccuracies" and "questionable assumptions" that made it unworkable for his state. The Associated Press obtained a copy of the letter.

Wisconsin is among 15 coal-reliant states that are suing the Environmental Protection Agency to block the so-called Clean Power Plan, which would require states to cut carbon dioxide emissions by 30 percent by 2030.

Walker said in his letter to Obama that compliance with the rule could cost Wisconsin as much as $13.4 billion and raise electricity rates in the state by 29 percent.

In addition to those concerns, Walker also said the EPA may have exceeded its authority under the Clean Air Act by "attempting to regulate the entire electric generating system" in the United States.

Walker's letter comes after Senate Majority Leader Mitch McConnell called for governors to defy proposed federal rules to limit carbon pollution. The Kentucky Republican wrote to all the nation's governors in March urging them to stand against the rule, which McConnell called illegal and a job-killer.

Republican Gov. Mary Fallin of Oklahoma issued an executive order last month prohibiting the state from developing a plan to implement the EPA rule. Fallin said the federal government is overreaching its authority and that compliance would be costly.

A group of Democratic Senators has sent a letter urging governors to comply with the EPA rule and pointing out that McConnell's home state is already drafting a compliance plan.

A spokeswoman for EPA Administrator Gina McCarthy said the agency fully expects states to develop their own plans to comply with the rule. The EPA is developing a model federal plan for states to use as an example.