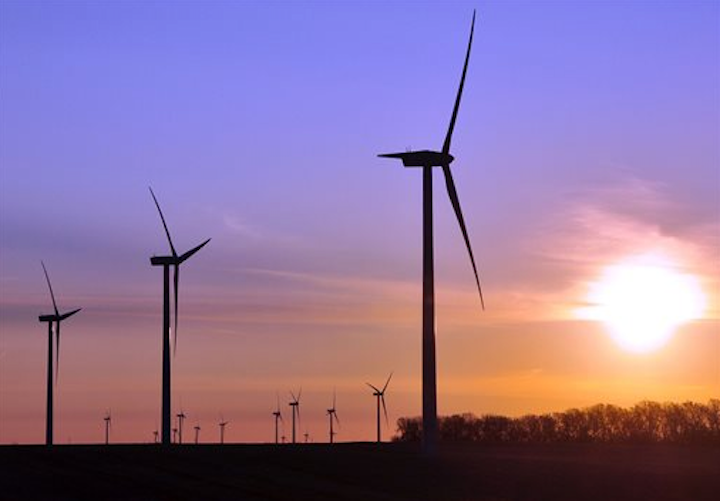 Electricity consumption will increase at an average annual rate of 0.8 percent from 2013 to 2040, nearly in line with expected population growth, and more of it will be generated from natural gas and renewable energy.

Continuing a recent trend toward lower levels of carbon-intensive generation, natural gas and renewable generation meet almost all of the increase, according to the Energy Information Administration (EIA).

Power generation from renewable sources provided 13 percent of U.S. electricity in 2013. In the AEO2015 Reference case, which reflects current laws and regulations — but not pending rules, such as the Environmental Protection Agency's Clean Power Plan — this percentage is projected to increase to 18 percent by 2040.

Wind energy becomes the single largest source of renewable generation by 2040, supplanting hydropower as the largest renewable generation source. New solar photovoltaic capacity drives nearly all of the growth in solar generation, with increases coming from both the electric power sector and end-use sectors such as distributed or customer-sited generation (i.e., rooftop installations).

Natural gas-fired generation is highly dependent on natural gas prices as a result of competition with existing coal plants and renewables. The AEO2015 includes several cases with varying fuel prices and economic growth assumptions. In the High Oil and Gas Resource case — where greater oil and natural gas resources lead to delivered natural gas prices to the electric power sector being 44 percent below the Reference case in 2040 — natural gas becomes the leading source of generation by 2020 and accounts for 42 percent of total generation by 2040.