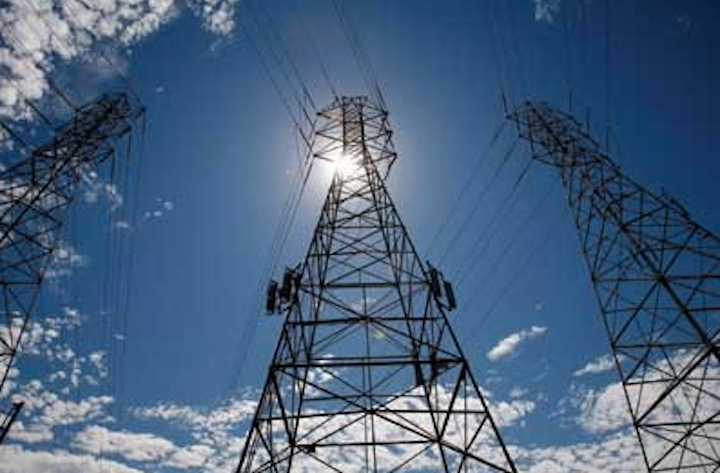 FERC commissioners on May 14 noted the difficulty in getting transmission lines completed after hearing a FERC staff presentation on the 2015 summer seasonal assessment, which mentioned the recent completion of the 500-kV Susquehanna–Roseland line.

PPL built the 101-mile Pennsylvania portion of the line, and Public Service Enterprise Group unit Public Service Electric and Gas built the 45 miles in New Jersey. The two companies partnered to build a four-mile segment through National Park Service lands on the border of the two states. The project’s route runs from Berwick, Pa., to Roseland, N.J.

During staff’s presentation, Louise Nutter with the Office of Electric Reliability, said: “One notable transmission project is the rebuilding of the 500-kV Susquehanna–Roseland power [line], which runs between Pennsylvania and New Jersey. It was placed into service on May 11, and is expected to lower congestion and increase market efficiency in this region of PJM [Interconnection].”

Commissioner Philip Moeller noted that the Susquehanna–Roseland project provides “a case study that we should – and more importantly, our colleagues at [the U.S. Environmental Protection Agency (EPA)] should – be cognizant of, related to building block 3 in the Clean Power Plan in that this is a line that had demonstrated consumer benefits of upwards of $200m a year of reduced congestion, and it still took a good 10 years to build.”

He continued: “[S]o, again, a warning sign for relying on a rapid transmission build out – under the current circumstances, it’s going to be very difficult. That should be noted, I think, amongst those people putting compliance filings together.”

Commissioner Cheryl LaFleur also gave a “shout out to the Susquehanna–Roseland line,” noting: “It’s energization earlier this week really represents years of efforts, including some very difficult negotiations to cross the Delaware River by PPL, PSEG, PJM, [the U.S. Department of Energy (DOE), U.S. Department of the Interior (DOI)], and a host of other [entities], and I think that’s very good for customers. I wish it had [gotten completed] sooner, but [I am] very happy it’s there.”

Commissioner Tony Clark thanked his colleagues for mentioning the line, adding, “It’s too bad that it took this long and that consumers were denied the benefit of that line for as many years as they were, but as they say, better late than never, and it should begin bringing the benefits to those consumers in the mid-Atlantic.”

He said that it is also worth noting the length of time that it took for the line to be completed, or “the better part of a decade,” even with the benefit of the Obama administration “pushing a particular line.”

Clark continued, “[I]t really gets to the point that transmission lines are not easy to build, even in a case like this one, where although we’re pointing to the economic benefit of it, it was reliability benefits that first caused a need for this line, so even in the case for reliability lines, in certain parts of the country, especially, [it is] not easy to build these lines.”

According to staff’s presentation, market conditions going into the summer will reflect the continued low natural gas prices that have resulted from robust production, as well as the recovery of fuel stockpiles at coal-fired power plants.

Regional electric system reserve margins are adequate, despite modest growth in load, which is primarily attributable to increased industrial activity.

The presentation further noted that the historic drought in California and the West has entered its fourth year and is an area of particular concern. While that may lead to elevated energy prices, NERC and the California ISO (Cal-ISO) have concluded that the current situation is not a threat to reliability.

During the presentation, Lance Hinrichs with the Office of Enforcement noted, for instance, that demand response (DR) has traditionally been a summer resource to shave peaks on hot summer days or during periods of other stress.

The actual amounts of enrolled demand response capacity have fallen in each of the regions — ISO New England, New York ISO and PJM — from the last year, most notably in PJM, which has the largest of those programs, dropping by nearly 2,500 MW, he said.

“Additionally, the current 6,900 MW of participation is less than half [of] the original 14,800 MW of DR that cleared the forward capacity auction that was held in 2012, for the 2015/16 capacity period,” he said. “This reduction occurred when a substantial number of market participants traded away these positions in the RTO’s capacity reconfiguration auctions or through other transactions.”

In NYISO and ISO-NE, reductions were much more modest than in PJM in terms of megawatts and percentage of cleared capacity.

“In the case of New York, the amount of DR fell by 65 MW, or 5 percent, and in New England, it was 62 MW or 9 percent,” Hinrichs added. “Last summer, there were no activations of capacity based DR programs in these regions, primarily because of mild weather and moderate system conditions. However, if above normal temperatures occur this summer, we can expect to see demand response resources activated and dispatched in the real-time energy markets.”

Among other things, he also discussed significant changes that have recently been made in the structure and operation of the wholesale power markets.

The Cal-ISO implemented the energy imbalance market (EIM), which started in November, and will enter its first summer this year.

“The EIM enables entities with balancing authority areas outside of the [Cal-ISO] to voluntarily take part in the imbalance energy portion of the [Cal-ISO] real-time market alongside participants within the [Cal-ISO] balancing area,” he added. “This market provides services to five western states served by PacifiCorp.”

He also noted that this will be the first summer where ISO-NE makes use of the hourly offers in its market. Hourly offers were initiated in December and allow resource owners to submit up to 24 separate hourly offers for the following day and to allow participants to update their offers during the operating day. Previously, Hinrichs added, resources were limited to a single offer for all hours of the following day, and were only provided with a single opportunity to revise the offers before the operating day.

He also noted that the operation of MISO South, as part of the greater Midcontinent ISO (MISO) footprint, will enter its second summer this year. Similarly, the Southwest Power Pool (SPP) has completed its first year of operating a full nodal market in March, he said.

“Staff will be monitoring these developments and market performance to assess any implications that may arise during this summer’s peak conditions,” Hinrichs said.