Montana coal-fired power plant is latest to shut down

BILLINGS, Mont. (AP) — The J.E. Corette coal-fired power plant in Billings will shut down in August, its owner said Tuesday, making it the latest casualty in a wave of closures across the country that have left the coal industry reeling.

The 153 MW plant owned by PPL Montana has operated since 1968 along the Yellowstone River. It burns coal from Wyoming's Powder River Basin.

PPL had announced plans in 2012 to mothball the 30-worker plant this spring and restart it if market conditions improved. 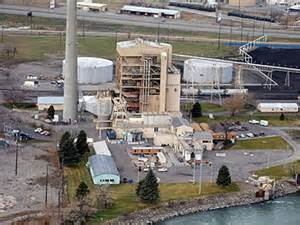 The projected cost to resume power generation at Corette had increased to more than $40 million, he said, as weak electricity markets in the Pacific Northwest were keeping down profits.

The cost of a re-start stemmed primarily from the expense of new pollution controls needed to meet federal restrictions on emissions of mercury and other toxins produced by burning coal.

By the end of the decade, the mercury restrictions and competition from cheap natural gas are expected to bring the retirement of coal plants across the country that generate more than 60,000 megawatts of power, according to the Energy Information Administration. That's the equivalent of roughly 390 Corette-sized plants.

A megawatt provides power for roughly 600 to 1,000 houses, depending on how much electricity the dwellings use.

The plant closures are further dampening demand for coal from U.S. mines. About 966 million tons of coal will be mined in the U.S. this year, the lowest volume since 1993, according to projections and historical records.

Hoffman declined to reveal what mine serves Corette, saying it was proprietary information.

It was uncertain how many of Corette's workers will be out of a job. Some have already been transferred to new positions within the company, Hoffman said. Others could retire early.

U.S. Sen. Steve Daines said the closure would reduce state and local tax revenues by several million dollars annually. The Republican blamed the closure decision on the Obama administration and what Daines called the "misguided agenda" of the U.S. Environmental Protection Agency.

The pollution restrictions cited by PPL, known as the Mercury and Air Toxics Standards, predate Obama's presidency and have been in the works since 1994, when the EPA first agreed to consider new restrictions on certain pollutants from power plants.

A pending EPA rule would restrict emissions of yet another pollutant, carbon dioxide, one of the primary byproducts of burning coal and a main contributor to global warming.

David Parker, a spokesman for Gov. Steve Bullock, said the EPA rule does not mean Montana's remaining coal plants will have to close, as some critics claim.

"We're doing everything we can to make sure these coal plants stay open," Parker said.

After Corette closes, it will be demolished and its grounds remediated over the next two years, Hoffman said. No toxic coal ash was stored on the site, which will make any cleanup easier, he said.

It was uncertain what would happen to the ownership of the site.

PPL's parent corporation in Pennsylvania last year announced plans to spin off assets, including its Montana power plants, to focus on other markets. The closure of Corette does not alter the spinoff, a deal expected to close after March.

As part of that deal, a new corporation, Talen Energy Corp., will assume ownership of the 2,100 MW Colstrip plant, jointly owned by PPL and several other utilities. The southeast Montana plant is one of the largest power generators west of the Mississippi River.