VIDEO: Utility-scale solar power has its best year ever

With more than 3.7 GW installed, 2014 was the best year yet for utility-scale solar power installations 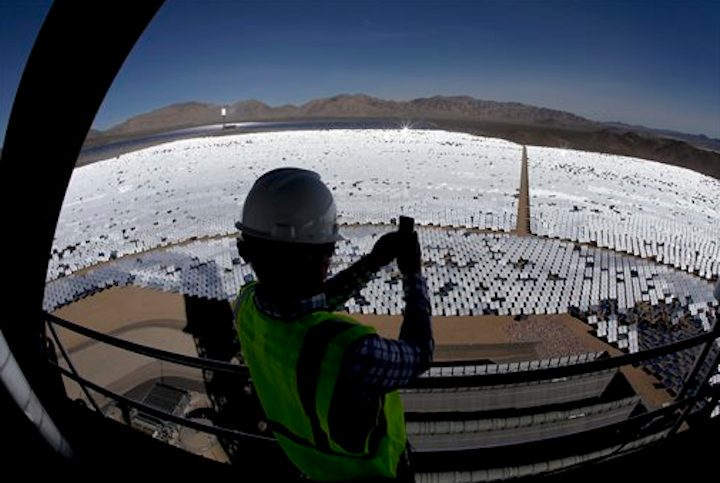 The 280 MW Abengoa Mojave Solar was the largest of the 109 utility-scale solar power project phases completed in the fourth quarter of 2014. The San Bernardino County, Calif. solar thermal trough facility is owned by Abengoa SA unit Abengoa Yield Plc, and has a 25-year power purchase agreement with PG&E Corp. unit Pacific Gas and Electric Co. The project received a $1.2 billion loan guarantee from the U.S. Department of Energy in September 2011. 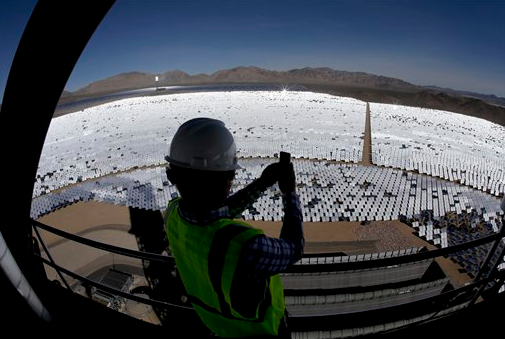 The second-largest utility-scale solar project phase that came online in the fourth quarter of 2014 was the 255-MW phase four of the Topaz Solar Farm in San Luis Obispo County, Calif. With the completion of the fourth phase, the 567 MW solar photovoltaic facility, owned by Berkshire Hathaway Inc. and Berkshire Hathaway Energy unit MidAmerican Solar LLC, is now complete and claims the status of the largest operating solar farm in the world. Pacific Gas and Electric Co. also has a 25-year PPA with the facility, for 550 MW.

A total of 490 MW of utility-scale solar capacity was announced in the fourth quarter of 2014, and the largest of those projects was the 120-MW Southern Plains Solar Project in Monroe County, Miss. TradeWind Energy Inc., Enel SpA and Enel Green Power own the project, which will be on a 1,400-acre site northwest of Aberdeen, Miss. The three companies also own the second-largest project announced in the fourth quarter, the 100-MW Front Range-Midway Solar Project in El Paso County, Colo.

Planned utility-scale solar capacity installations clearly reflect industry awareness that the investment tax credit will drop down to 10 percent from 30 percent at the end of 2016 unless extended by Congress. More than 19.1 GW, or 84 percent, of utility-scale solar capacity in active development with an estimated in-service year is slated to come online before the ITC declines, and about 5.6 GW of that capacity is in advanced development, with an additional 2.1 GW of capacity currently under construction.