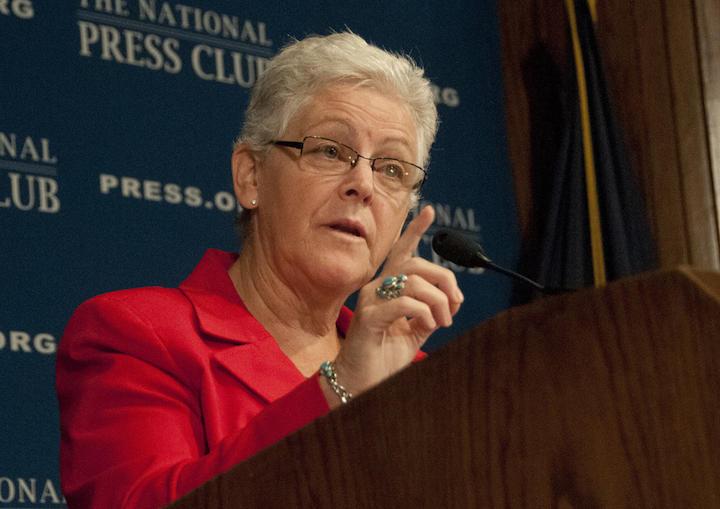 EPA Administrator Gina McCarthy on Feb. 25 appeared before two House Energy and Commerce Committee subcommittees to explain the Obama administration's FY 2016 budget proposal for EPA — and to defend the agency's carbon dioxide-reducing Clean Power Plan, unveiled last June and due to be made final this summer.

The Clean Power Plan would reduce CO2 emissions from existing power plants by 30 percent by 2030. Critics, including several members of Congress, have said the plan would further devastate the coal-fired power industry, already hit hard by other EPA rules like the about-to-go-into effect Mercury and Air Toxics Standards.

According to GenerationHub, McCarthy said: "The fiscal year 2016 budget request for the agency’s work to address climate change and to improve air quality is $1.1 billion. These resources will help protect those most vulnerable to climate impacts and the harmful health effects of air pollution through commonsense standards, guidelines, and partnership programs. Climate change is one of the greatest challenges of our time.

"If done right, we can cut the carbon pollution that is fueling climate change and position the business community, its entrepreneurs, and its innovators to lead the world in a global effort while at the same time, expanding the economy. States and businesses across the country are already working to build renewable energy infrastructure, increase energy efficiency, and cut carbon pollution—creating sustainable, middle class jobs and displaying the kind of innovation that has enabled this country to overcome so many challenges. 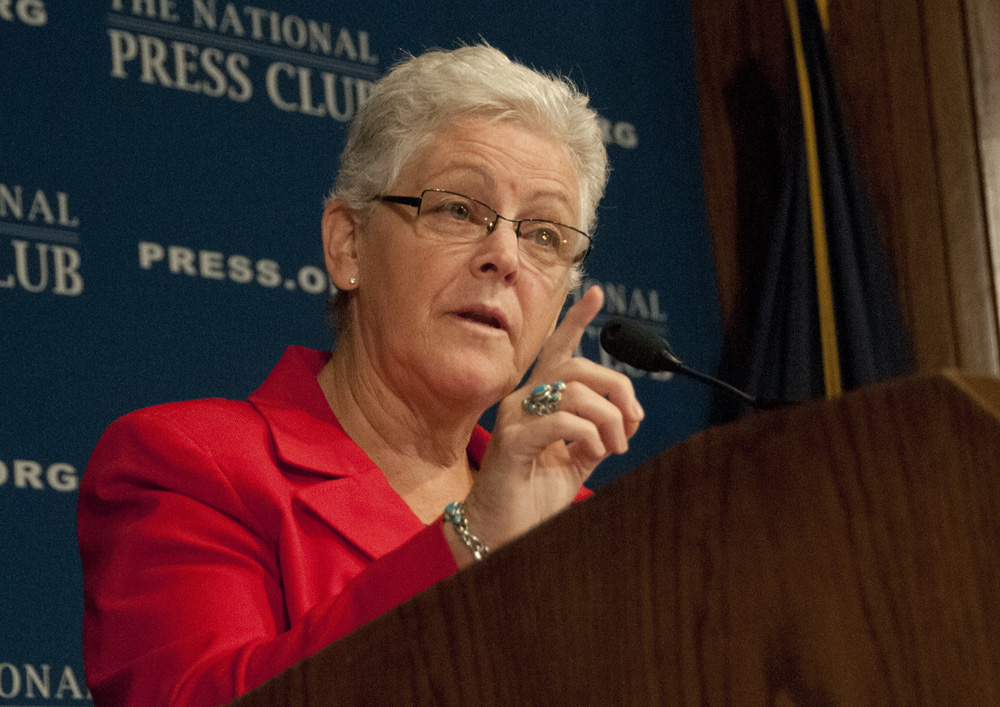 "This request supports the President’s Climate Action Plan and makes climate action a priority. In particular, the Clean Power Plan, which establishes carbon pollution standards for power plants, is a top priority for the EPA and will help spur innovation and economic growth while creating a clean energy economy. The plan gives states the flexibility they need to design and implement plans that reduce their carbon pollution while meeting the needs of their residents and businesses. The budget request includes an increase of $25 million in direct grant support to states to establish the programmatic infrastructure necessary for effective implementation as well as resources for EPA to provide critical support to the states through technical assistance, developing guidance, modeling, and other tools.

"In addition, the president’s budget calls for a $4 billion Clean Power State Incentive Fund to be administered through a mandatory spending account to support state efforts to accelerate carbon pollution reductions in the power sector. This funding will enable states to invest in a range of activities that complement and advance the Clean Power Plan, including but not limited to direct investments and financing for renewable energy and energy efficiency programs; funding for low-income communities to address disproportionate impacts from environmental pollution; and assistance and incentives for businesses to expand infrastructure for innovative projects that reduce carbon pollution."

Kentucky Rep. Ed Whitfield said, "Most problematic of all is the proposed Clean Power Plan and the agency’s attempted federal takeover of state electricity systems. In that plan, the agency is seeking to dictate to states how electricity will be generated, transmitted, and used. The agency is regulating far outside its authority, and reveals as much in its Congressional justification for the FY 2016 budget. In this document, EPA refers to the Clean Power Plan as 'unprecedented,' 'groundbreaking,' and 'unique,' and admits that it 'requires the agency to tap into technical and policy expertise not traditionally needed in EPA regulatory development.'

"EPA says these things in order to justify the considerable outlays needed to pursue this regulatory detour, but in my view it raises serious questions whether the agency has the authority to do so in the first place. Perhaps the most disturbing admission of all is that the agency anticipates the need to hire many new lawyers to implement this highly complicated rule and defend it against litigation from states and other opponents. To me, the fact that EPA thinks it has to lawyer-up to fight state governments is a sure sign that the Clean Power Plan is not in the best interests of the American people. I would much prefer that the agency work cooperatively with the states and listen to their concerns rather than try to beat them in court.

"The Clean Power Plan for existing power plants is only part of the agency’s rulemaking agenda targeting coal and increasing costs to ratepayers. There is also the proposed New Source Performance Standards that effectively outlaw new coal-fired generation. There is the very expensive 'Utility MACT' rule that is already contributing to power plant shutdowns, as well as the Cross-State Air Pollution rule, the regional haze requirements, and others. We will also have a much more stringent ozone rule, which would adversely affect electricity generation as well as manufacturing. As a result, we are already seeing rising electric bills and reliability concerns due to this anti-coal agenda, and the worst is yet to come."

Chairman Fred Upton, R-Mich., said in a statement, "EPA seems intent on locking-in a long list of new regulations that will bind future administrations. Along with the Clean Power Plan, EPA has a proposed new ozone standard that may prove to be the most expensive rule ever. It may also propose new measures targeting methane emissions from oil and natural gas production. The shale revolution has been one of the few bright spots in the economy in recent years. We should be focusing on ways to leverage and multiply the benefits — for example, by creating jobs building energy infrastructure. The last thing we should do is jeopardize these benefits with rules that may make drilling in America too expensive.

"I’d like to see EPA focus on its current responsibilities before taking on new ones. The agency is working on a new ozone rule even though it is well behind schedule implementing the existing standard. And the agency routinely misses its deadlines under the Renewable Fuel Standard, making this problematic program even more difficult.

"While we do have our clear differences, your testimony today also presents an opportunity to explore areas of common ground. For example, we can embrace much of the EPA rule on coal ash, but go a step further and place permitting authority in the states. This should work for EPA making sure that the EPA’s control standards are effectively enforced. It should also work much better for the states who will have explicit benchmarks to meet and the authority to manage the implementation. It will also work for the people responsible for handling the combustion residuals every day, including plant operators, recyclers, and other job creators who will be given the regulatory certainty they need."