VIDEO: Texas generates 10 percent of its electricity from wind power 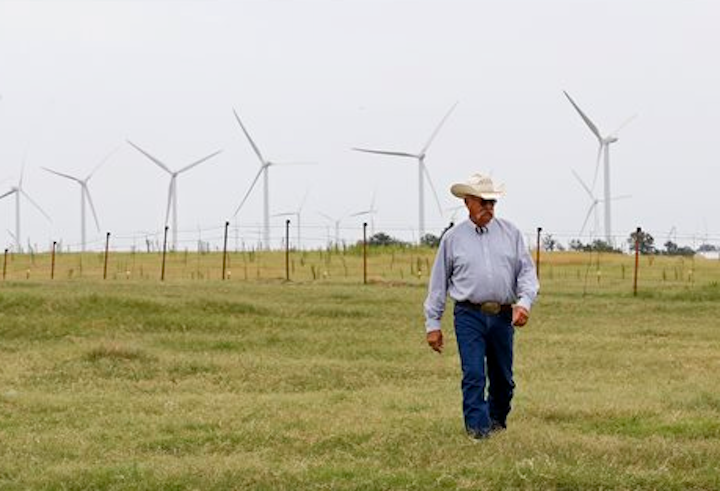 In 2014, more than 10 percent of the electricity used in the grid covering most of Texas came from wind power, according to the grid's operator, the Electric Reliability Council of Texas (ERCOT).

According to the Energy Information Administration, wind power's share of the ERCOT generation mix grew from 6.2 percent in 2009 to 10.6 percent in 2014 as total electricity generation increased over the same period by 11.3 percent. The growth in wind energy is a result of new wind power plants coming online and grid expansions that have allowed more wind power to flow through the system to consumers. 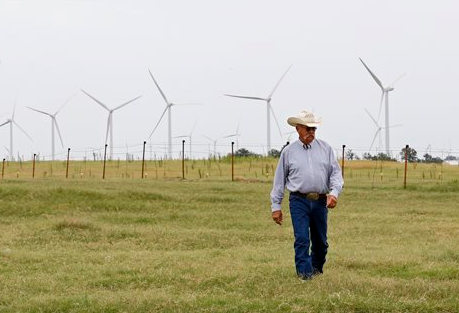 Wind generation in ERCOT nearly doubled from 18.8 million megawatthours (MWh) in 2009 to 36.1 million MWh in 2014. Wind capacity has also grown substantially over the past six years (and much more so in the years before that), but wind generation grew at a faster pace, partly because transmission constraints that previously prevented wind generators from operating at their maximum capability were gradually removed through a state-directed transmission expansion program.

As these transmission constraints were removed, more generation from wind plants (largely concentrated in the northwestern part of the state) could reach the state's population centers. The result has been a faster increase in wind generation than in wind capacity from 2009 to 2014.

Wind energy's contribution to ERCOT generation is not evenly distributed throughout the year. In Texas, peak wind season occurs during the spring — March to June — before dropping off during the summer — July to September. Based on data for the past six years, the four months from March through June account for on average about 40 percent of annual wind generation in ERCOT. The graph on the right below shows a fairly consistent seasonal pattern from year to year, despite the difference in actual volumes of generation.