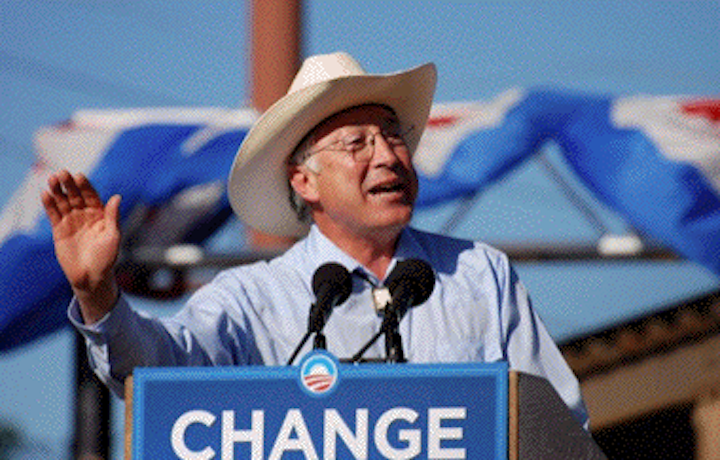 Secretary of the Department of Interior, Ken Salazar, has announced that he will step down in March to return to his home state of Colorado to spend more time with his family. 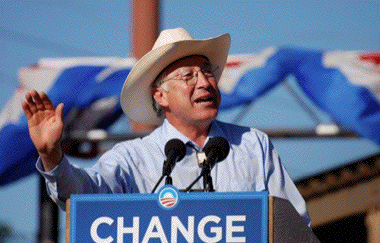 Salazar took the office in 2008, and led the DOI during the Deepwater Horizon oil spill in the Gulf of Mexico that began in April 2010. Salazar's department also imposed a temporary moratorium on offshore drilling permits after the spill, earning him the ire of oil and gas industry groups.

Salazar also blocked the mining of uranium in the area surrounding the Grand Canyon by establishing a million-acre buffer zone.

Among the unfinished business of Salazar's tenure is the finalizing of landmark rules by the Bureau of Land Management governing fracking for natural gas and oil on public lands. Salazar predicted that the rules would be finished by the end of 2012.

There is no word yet on who President Barack Obama plans to choose as a replacement.