The president signed an executive order that directs federal agencies to take steps to make it easier for U.S. communities to strengthen their resilience to extreme weather and prepare for other impacts of climate change November 1, President Barack Obama established a task force on climate preparedness and resilience to advise the administration on how the federal government can respond to the needs of communities nationwide that are dealing with the impacts of climate change.

The task force members include state, local and tribal leaders from across the country who will use their first-hand experiences in building climate preparedness and resilience in their communities to inform their recommendations to the administration, according to the White House.

The president signed an executive order that directs federal agencies to take steps to make it easier for U.S. communities to strengthen their resilience to extreme weather and prepare for other impacts of climate change. 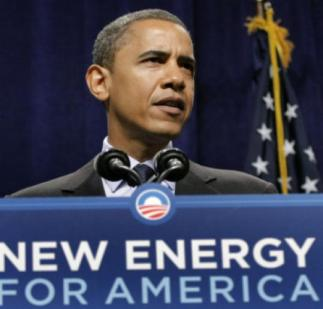 In June, the president launched a Climate Action Plan to cut carbon pollution, prepare communities for the impacts of climate change and lead international efforts to address this global challenge.

"The federal government has an important role to play in supporting community-based preparedness and resilience efforts by establishing policies and prioritizing investments that promote preparedness, protecting critical infrastructure and public resources, supporting science and research needed to prepare for climate impacts, and ensuring that federal operations and facilities continue to protect and serve citizens in a changing climate," according to the White House.

The executive order “Preparing the United States for the Impacts of Climate Change,” signed November directs federal agencies to:

· Modernize federal programs to support climate-resilient investments: Agencies will examine their policies and programs and find ways to make it easier for cities and towns to build smarter and stronger. Agencies will identify and remove any barriers to resilience-focused actions and investments — for example, policies that encourage communities to rebuild to past standards after disasters instead of to stronger standards — including through agency grants, technical assistance, and other programs in sectors from transportation and water management to conservation and disaster relief.

· Manage lands and waters for climate preparedness and resilience: America’s natural resources are critical to our nation’s economy, health and quality of life. The order directs agencies to identify changes that must be made to land- and water-related policies, programs, and regulations to strengthen the climate resilience of our watersheds, natural resources, and ecosystems, and the communities and economies that depend on them. Federal agencies will also evaluate how to better promote natural storm barriers such as dunes and wetlands, as well as how to protect the carbon sequestration benefits of forests and lands to help reduce the carbon pollution that causes climate change.

· Provide information, data and tools for climate change preparedness and resilience: Scientific data and insights are essential to help communities and businesses better understand and manage the risks associated with extreme weather and other impacts of climate change. The order instructs federal agencies to work together and with information users to develop new climate preparedness tools and information that state, local, and private-sector leaders need to make smart decisions. In keeping with the president’s Open Data initiative, agencies will also make extensive federal climate data accessible to the public through an easy-to-use online portal.

To implement these actions, the order establishes an interagency council on climate preparedness and resilience, chaired by the White House and composed of more than 25 agencies. To assist in achieving the goals of the order, these agencies are directed to consider the recommendations of the state, local and tribal leaders task force on climate preparedness and resilience.