IEA: Renewable energy to surpass natural gas as world's No. 2 source of energy

By 2016, global power generation from hydropower, solar energy, wind power and other renewable sources will exceed that of natural gas-fired sources 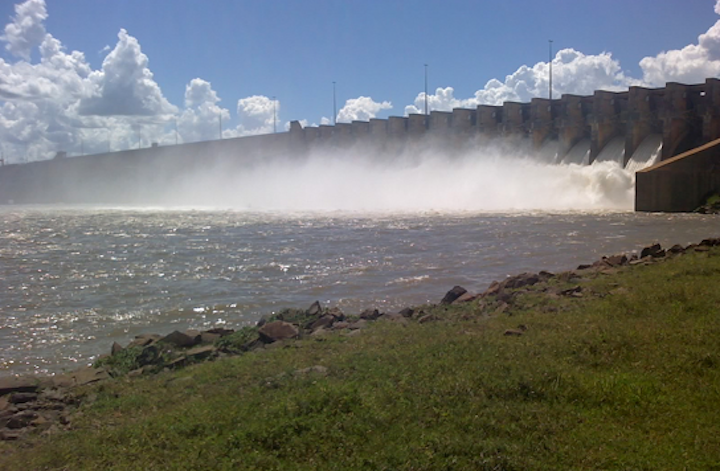 The worldwide growth of renewable energy will continue to accelerate in the future, even surpassing the power generation capacity of natural gas and nuclear energy, according to a study by the International Energy Agency

By 2016, global power generation from hydropower, solar energy, wind power and other renewable sources will exceed that of natural gas-fired sources and make up twice the power generation capacity of the world's nuclear power fleet.

Renewable energy will produce nearly a quarter of the world's electric power by 2018, up from an estimated 20 percent in 2011, according to IEA.

The single biggest contributor to renewable energy's dominance will be hydropower, according to the report, which will provide some three-quarters of all renewable energy capacity worldwide. This power will be generated at extremely large dams, such as the gigawatt-scale facilities currently under construction in China and Brazil.

The IEA has also predicted an end to the "golden age of natural gas" over the next half-decade, in a separate report.

Another factor behind the rapid expansion of green power, according to IEA, is the falling capital costs of installing renewable capacity relative to that of traditional fossil-fired power generation such as coal and natural gas.

Even so, debate over the costs of renewable energy is occurring in some areas, particularly with the current state of the European economy. Policy uncertainty will be a limiting factor for the growth of renewable energy for the short to medium term, according to IEA.

In 2012, global renewable capacity rose by more than 8 percent despite a challenging economic conditions and skittish investors.

Developing countries, especially China, are expected to contribute to about two-thirds of the global new renewable construction between now and 2018.