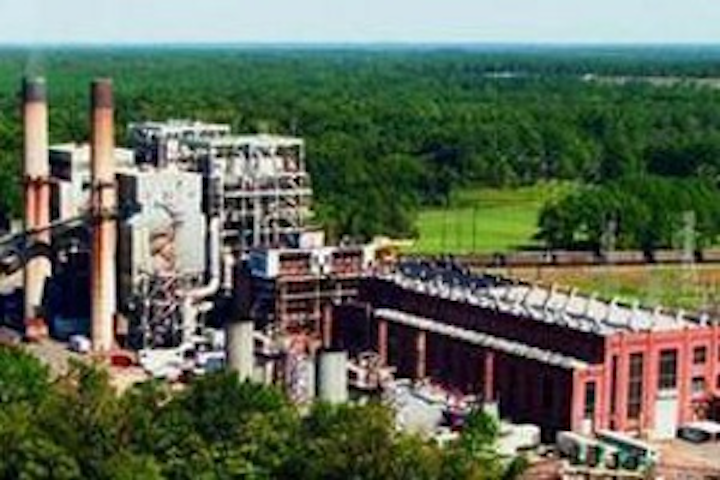 The decommissioning team at Duke Energy's Cape Fear Plant imploded the two 200-foot smokestacks at the site as part of Duke Energy's program to decommission and demolish retired units at nine coal-fired plants in North Carolina.

This is the first of three implosions that will occur at the nearly 90-year-old Cape Fear Plant, weather permitting, before the end of the year. The second will take down the precipitators that formerly captured fly ash when the plant was operational. The third will demolish the boilers and additional structures at the site.

Duke Energy communicated with neighbors in advance of the event. The company expects to complete filling, grading and seeding the land by mid-2015. The ash basin closure process will operate on a separate schedule.