This was the second implosion event at the site; the first occurred in December 2013, taking down the power plant's two smokestacks 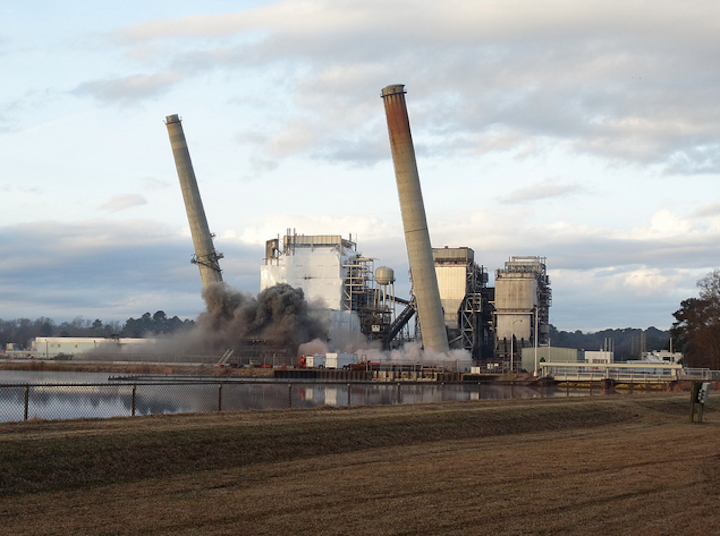 Duke Energy Progress this morning imploded the boilers at the retired H.F. Lee Steam Plant as part of the company's plans to retire and demolish several of its older coal power plants across North Carolina.

Video footage of the June 23 implosion event is available at http://youtu.be/YZHmyF0-NCU.

This was the second implosion event at the site; the first occurred in December 2013, taking down the power plant's two smokestacks. 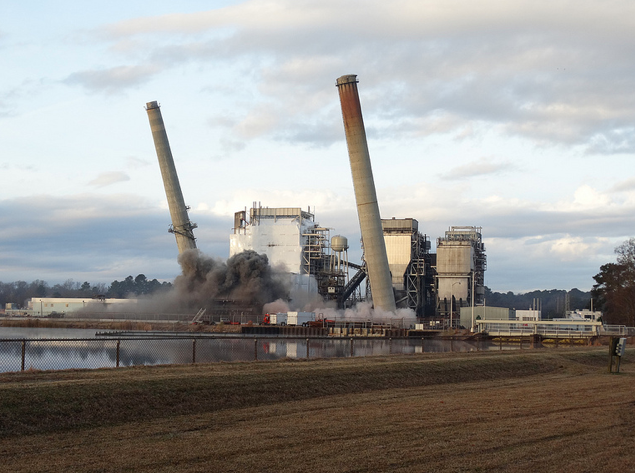 With the implosion process completed, the company will begin restoring the site, which involves filling, grading and seeding the land. The company plans to complete this phase by mid-2015 and will continue to own and steward the land in the future.

The H.F. Lee coal plant began operating in 1951 and has been replaced by the new 920 MW natural gas plant on-site that began serving customers in 2012. The retired plant formerly had a capacity of 382 MW.

"This demolition event is bittersweet, from a historical perspective," said Millie Chalk, Duke Energy's district manager. "It marks the end of a plant that has reliably served the region for more than 60 years, while also symbolizing a 'passing of the torch' to the new natural gas plant. From the environmental perspective, the transition is very positive."

Duke Energy's investment in five new combined-cycle and clean coal plants, including the one located at the H.F. Lee Energy Complex, totals $9 billion.

Because of this investment, the company was able to retire seven of its 14 coal plants in the state by the end of 2013.

Each of the retired coal plants enters the company's decommissioning program with the ultimate goal of fully dismantling the structure and returning the site to ground level.