The Indiana General Assembly is expected to vote April 11 on a bill that would allow the state’s utilities to pass the costs of investments in new or replacement transmission, distribution and storage infrastructure directly to ratepayers without the need to file a base rate case, according to TransmissionHub.

Senate Bill (SB) 560 would allow electric and gas utilities in Indiana to recover up to 80 percent of approved capital expenditures and transmission, distribution and storage system improvement charges (TDSIC) through “periodic automatic adjustment of ... basic rates and charges,” using a mechanism known as a “tracker.”

The bill’s author said the use of trackers would expedite improvements to the state’s transmission system.

“It provides a reasonable opportunity for utilities to seek targeted transmission projects without having to go through the exhaustive process of a full rate case,” state Sen. Brandt Hershman told TransmissionHub April 10. A full rate case can often take a year or more to complete. 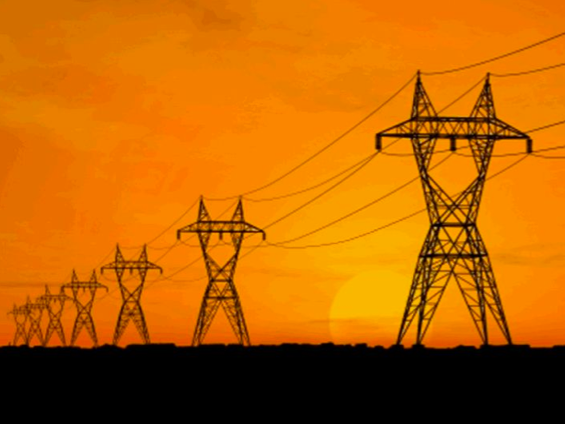 Hershman said the use of a TDSIC tracker would also facilitate the development of transmission to carry renewable energy.

“Indiana has been one of the faster growing wind power states in the nation, and quite often wind farms are located far from the backbone of the grid,” he said.

SB 560 would help allow for the prompt development of the necessary interconnections.

Because the bill covers both electric and natural gas utilities, Hershman sees it as a way to help ease the demands on the state’s natural gas infrastructure brought on by the current low prices for natural gas.

“There’s not only the need for some rehabilitation of the existing [gas] infrastructure, but [the legislation will provide] the opportunity for new build-out for economic development and residential purposes,” he said.

The use of trackers to recover costs outside of a rate case is not new. Hershman said 40 other states already have transmission trackers in place, and Indiana utilities already employ trackers to recover the costs of fuel and pollution controls, as well as the costs of membership in regional transmission organizations, PJM Interconnection (PJM) and the Midwest ISO (MISO), among other things. Costs not covered by trackers can only be recovered through the filing of a rate case.

Under the pending legislation, utilities that file a petition with the Indiana Utility Regulatory Commission (IURC) seeking permission to employ the TDSIC tracker will be obligated to file a full rate case every seven years, according to the legislation.

Further, such a petition may not be filed within nine months of a rate case, and the state’s Office of Utility Consumer Counselor (OUCC) must investigate such petitions, as well as report its findings to the IURC.

The omnibus bill was introduced on Jan. 14, and passed out of the Senate on Feb. 12, by a vote of 37-12. The House amended the bill and passed it as amended on Mar. 19, by a vote of 75-21. Hershman said he believes those votes reflect recent concerns about increasing electric rates. However, he added that other mandated charges add far more to electric bills in the state than would a transmission tracker.

“It’s vastly more a function of environmental compliance mandates coming out of Washington and the fact that Indiana is a heavily coal-dependent state for generation,” he said.

Among other things, as currently amended, SB 560 places restrictions on the proposed TDSIC tracker, including that it cannot result in an increase of more than 2 percent of a utility’s total retail revenue in a 12-month period. In addition, a utility’s petition for a TDSIC tracker must include the public utility’s seven-year plan for eligible transmission, distribution and energy storage system improvement and must identify the projected effects of the plan on retail rates and charges.

To be eligible for cost recovery, the bill specifies that the TDSIC projects must be undertaken “for purposes of safety, reliability, system modernization, or economic development,” were not included in the utility’s base rates during its most recent general rate case, and were either designated in the utility’s seven-year plan and approved by the IURC as eligible for TDSIC treatment or were approved by the commission as a targeted economic development project.

The omnibus regulatory reform bill also sets a deadline by which the IURC must decide a rate case and allows utilities to unilaterally implement 50 percent of the increase for which it filed the rate case if the IURC fails to act within 300 days of the filing. However, if the commission ultimately approves permanent rates and charges that differ from the temporary rates and charges, the utility will be required to either provide a credit for the overpayment, with interest, or add a temporary surcharge.

The Indiana General Assembly is scheduled to reconvene at 10:30 a.m. EDT on April 11, and consider SB 560 under a motion to concur. If passed, the measure will be sent to Gov. Mike Pence for his signature.