As expected, B&W to slow its small reactor development program

Having failed to attract major financial partners to its mPower SMR program, B&W said it would take more of a go-slow approach on small nuclear power units 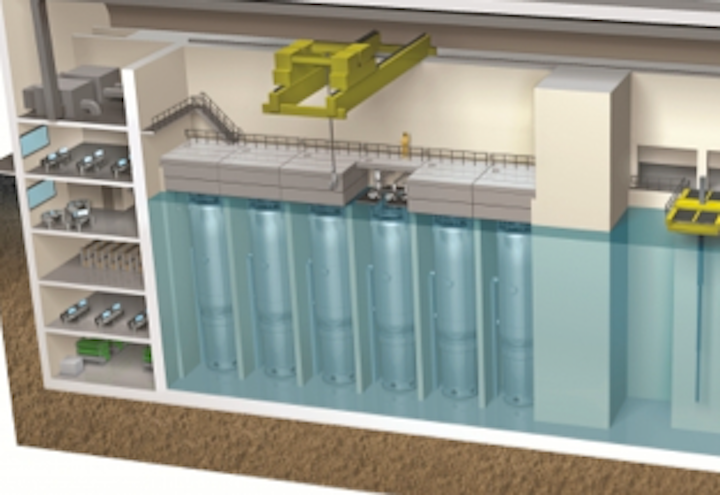 Having failed to attract major financial partners to its mPower small modular reactor (SMR) program, Babcock & Wilcox said April 14 that it would take more of a go-slow approach on small nuclear power units.

Also on April 14, B&W informed the U.S. Securities & Exchange Commission (SEC) that Babcock & Wilcox mPower President Christofer M. Mowry is no longer an employee. Mowry had been CEO of Generation mPower LLC and William A. Fox, III has been appointed as his successor in that position, B&W said.

Fox has been serving as a senior vice president and COO for the mPower subsidiary.

“We thank Chris for taking mPower from a concept to a strong program and wish him well as he pursues other endeavors,” a B&W spokesperson said April 14 in response to a GenerationHub request for comment. 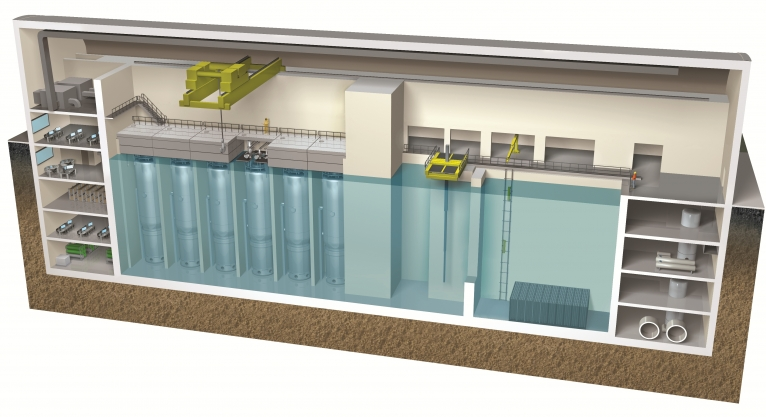 B&W had suggested earlier this year that it might shake up its SMR development program. B&W had told the financial community in February that it was having a difficult time attracting investors for its Generation mPower SMR venture with Bechtel.

During the company's quarterly earnings call on Feb. 27, B&W officials said the hunt for investors has been hurt by anemic growth in electricity demand, cheap domestic gas and the fact the nascent SMR market is now seen chiefly as an international one.

“Although there was some interest in potential minority ownership [in mPower], there was not an opportunity to close a transaction in the near term,” the B&W spokesperson said.

Expect a revised timeline for small nuclear units at TVA

The venture has secured $150m of Department of Energy (DOE) cost-share funding to help develop the first 180-MW mPower SMRs at the Tennessee Valley Authority (TVA) Clinch River site in 2022. Now it is not entirely clear what impact the B&W news will have on the 2022 deployment date.

“We appreciate the support of our lead customer, TVA. We are working with TVA on the best plan for mPower deployment at the Clinch River Site under a revised timeline,” the B&W spokesperson said.

“TVA is currently working with B&W and the Department of Energy to determine the best path forward, but any potential timing delays can easily be accommodated within our future power supply plans,” a TVA spokesperson said early April 14.

“The project has a great deal of flexibility at this early stage and TVA is continuing its work on the characterization of the Clinch River Site so we will be ready to implement whatever decision is in the best interests of the people of the Tennessee Valley,” the TVA spokesperson said.

B&W said April 14 that it will restructure its mPower program to focus on technological development.

B&W continues to believe in the strength of the mPower technology, but without the ability to secure significant additional investors or customer engineering, procurement and construction (EPC) contracts to provide the financial support necessary to develop and deploy mPower reactors, the current development pace will be slowed.

B&W notified DOE on April 9 of its plans for reduced spending, indicating it would work with the DOE and other stakeholders during the next one to two months to confirm the best path forward to develop a mutually agreeable plan including program milestones for continuing the cost-shared industry partnership program. B&W expects to invest up to $15m annually, beginning the third quarter of 2014.

“The B&W mPower reactor can play a significant role in meeting our country's climate change goals, energy needs, and support U.S. job and manufacturing growth,” said B&W President and CEO of B&W James Ferland. “We look forward to working with our stakeholders and partners in the continued development of this important technology.”

“While we have made notable progress in developing a world-class technology, there is still significant work involved in bringing this climate-friendly technology to reality,” Ferland said. “The support provided by DOE, Congress, the Tennessee Valley Authority and our other partners has been critical and valuable. We look forward to working with our stakeholders to find the most efficient way to move this technology toward licensing and deployment in the mid-2020 timeframe.”