US Solar Power Soars Since 1992

During the past 20 years, solar energy has advanced from a niche resource with limited applications to a significant energy source ... 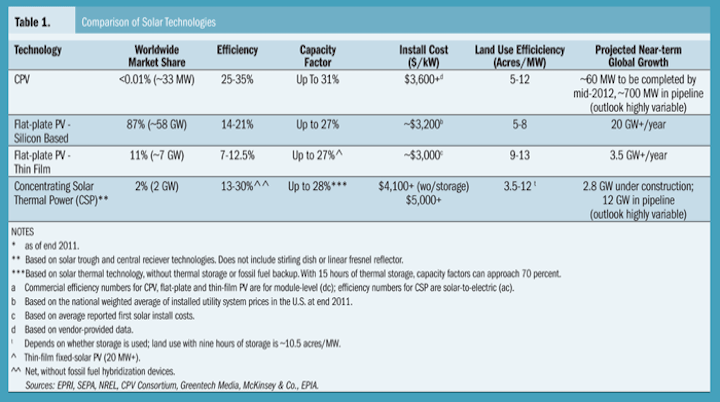 During the past 20 years, solar energy has advanced from a niche resource with limited applications to a significant energy source for U.S. electric utilities and their customers.

From the onset, SEPA recognized that many utilities and their customers were skeptical and lacked knowledge about solar energy potential.

In 1994, however, SEPA and the Department of Energy (DOE) responded by initiating the Technology Experience to Accelerate Markets in Utility Photovoltaics (TEAM-UP) program.

DOE funding for the program totaled nearly $15 million and was matched by industry cost-share of more than $60 million. Between 1995 and 2000, the program installed 80 grid-connected PV systems that totaled almost 8 MW of power, a significant portion of the solar PV in operation.

More important, TEAM-UP provided a first test of applications that are mainstream today.

“Twenty years ago, solar electricity was viewed as a thing of the future,” said Julia Hamm, SEPA president and CEO. “While utilities were interested in investigating its potential, few expected it to have any near- or midterm impact on their business.

“But over the past decade, solar energy has gained traction towards becoming a mainstream energy option as costs declined and awareness increased. Today, the solar train is moving full steam ahead, and most utilities recognize it’s time to get on board.”

David Spradlin, general manager of Springer Electric Cooperative and SEPA member, said much of the early focus was working with the DOE to get funding for initiatives such as TEAM-UP and the Million Solar Roofs Initiative.

“Most of the utilities involved at the time considered the solar industry at large to be, at best, fringe actors, and certainly not partners as they are viewed today,” Spradlin said.

The solar landscape has changed much in 20 years. In 1992, the total installed solar capacity was 358 MW, of which 354 MW was the SEGS CSP plants in the Mohave Desert.

The increase of solar energy integrated into the U.S. energy portfolio can be attributed largely to innovations.

SEPA has worked to bring together electric utilities and solar companies and provides its more than 1,000 utility and solar industry members with forums for learning, research and analysis, and opportunities for peer interaction.

More than 90 percent of the country’s grid-connected solar power is within the service territories of SEPA’s 420 utility members.

Globally, the expansion of solar has been accelerated by national energy policies that provide end consumers with attractive financial incentives to install and feed solar power from PV systems into the national grid.

Such policies have made cool and cloudy Germany the solar giant of the world. Although Germany’s best solar resources are only on par with the sunshine available in Anchorage, Ala., Germany has installed more than 27 GW of solar during the past 12 years— more than six times the amount installed in the U.S.

The U.S. has taken a different approach, and major policy creation occurs at the state level. Legislatures in 29 states plus the District of Columbia have set mandatory requirements for the percentage of renewable energy that electric utilities must use to produce the electric power delivered to their customers.

Sixteen states and the district have specified how much solar must be used in these renewable standards.

As a result, the responsibility for change has fallen on electric utilities. This focus has made the role of an organization such as SEPA, with its mission of providing unbiased solar information to utilities, especially valuable.

Despite no national energy policy driving widespread solar adoption, the U.S. has reached a tipping point. With the PV price decline, the increase in sophistication and efficiency of the solar providers, and the cost of self-generation, PV is closing in on parity with retail electricity rates in some parts of the country.

That doesn’t mean droves of consumers suddenly will unplug from the grid—solar can provide full power to a home or business for a portion of the day—but it begins to change the dynamic of the traditional central station-based business proposition.

Competitively priced solar focuses sharper attention on resolving some of the technical, operational and business structure issues that have become more significant as solar becomes mainstream.

Solar provides a nonpolluting, fuel-free source of electricity that can place power production at or near the point of demand, and in many instances can reduce a portion of the need for costly peak-demand generation from the grid.

It also can introduce equipment and system costs required to manage the effects of variability and two-way flow of power on the grid.

There is a need for new rate designs to fairly compensate solar producers while ensuring the costs of maintaining the supporting grid infrastructure are shared by all users.

Despite the challenges posed by solar, electric utility leaders are convinced solar will be a significant part of the industry’s future.

Today, solar provides less than 1 percent of the electricity consumed in the U.S. At a meeting of the Edison Electric Institute in 2011, SEPA’s Hamm asked a panel of investor-owned utility CEOs and senior executives to speculate where solar would stand at their companies by 2025.

Each panelist estimated that by 2025, solar would represent between 15 and 25 percent of the electricity provided to customers.

In addition to SEPA’s work helping utilities integrate solar power, the organization is the co-presenter of Solar Power International (SPI), the premier U.S. solar industry conference and trade show since 2004.

“We have come a long way in the past 20 years,” Hamm said. “Utilities’ understanding and use of solar power has dramatically increased, but we still have work to do before solar energy is considered a core part of the utility business nationwide.”

The solar cost and pricing landscape has been particularly volatile during the past 12 months, according to the Electric Power Research Institute (EPRI).

Although each solar technology has a particular market application niche for growth, plunging PV prices have made crystalline silicon (c-Si) and thin film-based systems the utility solar investment of choice.

EPRI’s quarterly report said the hypercompetitive market has driven down power purchase agreement (PPA) bids to 6.5 to 8.5 cents per kilowatt-hour in the latest California utilities’ request for proposal (RFP) solicitations.

These and other recent utility RFP responses follow a downward trajectory of identified average utility installation price points that have declined 20 percent since early 2011, the report said.

A growing divergence between module advanced solar photonics (ASPs) and their production costs, however, portrays an unsustainable market that likely will culminate in contraction for less financially secure product manufacturers, the quarterly report said.

Figures 1 and 2 illustrate EPRI’s current and estimated module ASPs and production costs for a small sample of thin film and polycrystalline PV companies, as well as a blended worldwide average.

In 2012, EPRI estimates production costs will average 13 cents more than ASPs. EPRI said it remains to be seen whether the gap between selling price and production cost can be bridged before an outbreak of industry failures.

Analysts project ASPs for Suntech, First Solar, Trina and Yingli to reach 85 cents per watt by 2013 and for SunPower to sell at a higher price because of its module efficiency premium.

Meanwhile, Chinese manufacturers’ costs are anticipated to approach First Solar’s current production costs by 2013, falling to 70 to 80 cents per watt.

Notes: Not all sources utilized provide projections for each company or year shown.

Bob Gibson came to SEPA from the National Rural Electric Cooperative Association, where he led NRECA’s analysis of renewable energy and energy efficiency technologies and business models. Bob also worked at an alternative energy services company. His has worked on projects to bring electricity to rural communities in developing countries in Asia and Latin America, as an award-winning magazine and newspaper editor, writer and photographer, and as a U.S. Peace Corps volunteer in the West Indies. Reach him at bgibson@solarelectricpower.org.