Viewpoints From the Boardroom of Brazil’s Eletrobras 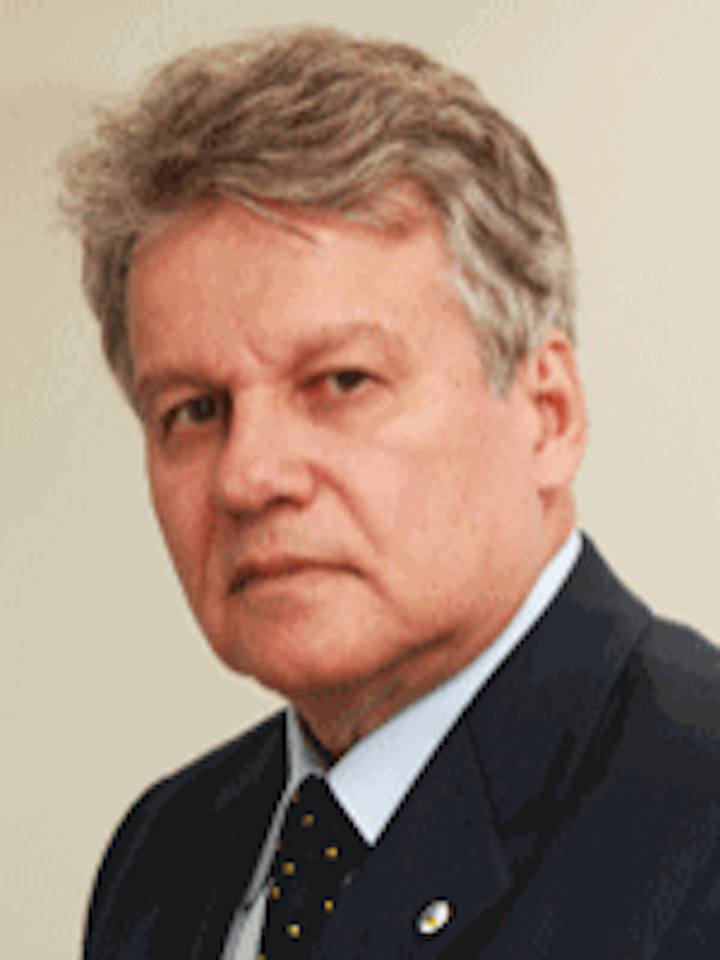 PennWell publishers Marla Barnes and Michael Grossman recently sat down with José da Costa Carvalho Neto, Eletrobras’ president, in his Rio de Janeiro office to learn more about this company and its ambitions.

PennWell: Please describe your company and its role in the Brazilian electrical energy sector.
José da Costa Carvalho Neto: Eletrobras is a state-owned company—67 percent is owned by the Brazilian government or by BNDES (the national bank of Brazil), while another 33 percent is publicly traded on the stock market.

The company owns and operates a large portfolio of generation, transmission and distribution assets; 41,600 MW of electrical capacity, 53,923 kilometers of transmission lines and 3.4 million customers to whom we distribute electricity.

In Brazil, this represents a market share of approximately 36.8 percent in generation and 53 percent in transmission (see Table 1).

Eletrobras is among the top 10 biggest publicly traded electric companies in the world. In addition, Eletrobras is an expert in clean energy, such as hydro, biomass and nuclear.

All in all, we have a very important presence in the country of Brazil.

PennWell: The electrical energy sector in Brazil is growing at an amazing pace. What amount of investment in this sector does Eletrobras have planned for the future?

To find the capital for this kind of investment, Eletrobras is studying several possibilities. We likely will need new investments and a new type of IPO (initial public offering). One concern is the possibility that the Brazilian regulatory agency responsible for setting the rates for concessions paid to private developers of new generation will choose to renew existing concessions, but for a lower rate. For Eletrobras, this could mean decreasing revenues.

PennWell: In the next 10 to 20 years, how do you expect your generation portfolio to look?

José da Costa Carvalho Neto: In Brazil, we have an estimated 260,000 MW of power capacity potential. From this total, we have 80,000 MW already in operation. So the remaining is 180,000 MW. Some part of this potential will not be feasible for development because of environmental challenges and economic constraints. So, we estimate the actual feasible amount of potential capacity available for development at 120,000 MW.

As mentioned earlier, from an electrical demand standpoint, the country needs more or less 60,000 to 65,000 MW every 10 years.

Our first priority to meet this demand is to complete development of the hydroelectric power potential of the country, which is planned to be accomplished over the next 20 years, mostly from new developments in the Amazon region.

After that, for the next 20 years, I think it will be a competition between nuclear and natural gas with the use of wind, biomass and solar as a complement to these two, but no more than 25 percent of the total.

PennWell: One of the big challenges Eletrobras faces is the effective operation of the six distribution companies it owns. This is an interesting moment for these companies because of the opportunity to implement smart grid technologies. How is Eletrobras thinking about these companies and what will happen with them?

José da Costa Carvalho Neto: That is really a good question. As you know, our DNA is generation and transmission, but we now have these six distribution companies. They didn’t perform well, so the Brazilian government gave them to Eletrobras to operate. These companies have big problems. First, their losses of energy are almost 35 percent. What does this mean? If we generate 100,000 MW, we sell just 65,000 MW and we lose 35,000 MW. Most of this loss is nontechnical. In Portuguese, we say “commercial” loss. Losses include theft of electricity by bypassing the grid, customers’ not paying their electricity bills, electricity tariffs (rates) that are set too low to cover cost of operations and penalties incurred by the distribution companies because of reliability problems.

Obviously, improvement is necessary. To accomplish this, we are undertaking several initiatives. For example, we have a loan from the World Bank of $500 million, and we will add another $200 million. With this $700 million, we will install electronic metering systems in the homes of customers, connected to a central metering operation in the capital city of Brasilia. When loss occurs, this system will be able to detect exactly where the loss is coming from. We also will make improvements to our distribution network. For example, nowadays, we have a lot of bare conductors, making theft quite easy. We have plans to insulate these wires. And, we will make use of detection technology to better pinpoint and eliminate nontechnical losses.

PennWell: How does the fact that Brazil is hosting the World Cup in 2014 and the Olympics in 2016 affect Eletrobras’ operations?

José da Costa Carvalho Neto: In terms of power demand, we do not anticipate a problem. After all, the country stops when Brazil is playing soccer. The only electricity being used during a match is that to power everybody’s TVs!

Really, we don’t expect the World Cup or the Olympics to significantly increase power demand or consumption. Consumption may increase, but we will have no trouble meeting this demand.

The country’s biggest task is to reliably transmit and distribute electricity to the cities where the World Cup and Olympic events will be held. The Ministry of Mines and Energy is coordinating a team, with participation by all of the electrical sector companies, to plan and implement a redundancy system.

PennWell: Let’s focus for a moment on Eletrobras’ presence outside Brazil. Tell us about your current and planned presence in other counties.

José da Costa Carvalho Neto: Eletrobras believes it is very important to participate in the electrical energy sector in other countries. We are really interested in working abroad—in both owning and operating generation, transmission and distribution assets, but also in offering our company’s knowledge, experience and expertise in the form of consulting services.

We have a portfolio of projects in South America, Central America and Africa.

We are looking for opportunities in North America, Asia and Europe. Eletrobras recently was one of the top two contenders in a bid to purchase a 21.35 percent share of Portuguese utility Energias de Portugal, S.A. (EDP).

While the shares were eventually sold to China Three Gorges (CTG), the corporation responsible for China’s 22,400-MW Three Gorges hydroelectric project, Eletrobras was highly competitive in the bid. In the end, the government of Brazil could not reach agreement with EDP on how many shares of the utility could be purchased at a later date. But this performance shows Eletrobras can compete on the world stage.

I recently participated in a meeting at the United Nations with other heads of electrical sector companies from throughout the world. U.N. Secretary-General Ban Ki-moon called for the following:

In all three of these areas, Brazil performs well. With regard to electricity access to all people, Brazil’s Energy for All program started in the early 2000s with a goal of providing access to the electrical grid system to all people in Brazil.

When the program started, 50 million customers were not connected to the grid. Today, it’s more like 3 million—98.5 percent of homes are now connected. So the U.N. secretary wants to take the Brazilian Energy for All program and implement it worldwide.

In Brazil, 50 percent of the energy comes from renewables. For electrical energy, it’s more than 90 percent (because of hydro generation). So we already meet and exceed the U.N.’s 30 percent goal.

With regard to energy efficiency, Brazil’s PROCEL (National Electrical Energy Conservation Program) has a goal to promote electricity rationalization to fight waste and reduce costs and sector investments, increasing electricity efficiency. In 2011, the program contributed toward the saving of approximately 6.696 billion kilowatt-hours of electricity. Through this program, Eletrobras offers to manufacturers of domestic products that use electricity (for example, refrigerators and air conditioners) an official seal of quality and energy efficiency.

Consumers use the seal to compare the energy efficiency of different brands of products. This program is forcing manufacturers to build and consumers to buy and use energy-efficient products.

We believe we are very well-positioned to lead the way in the world in accomplishing these three objectives.

Our goal is to become the largest clean energy company system in the world by 2020, with profitability comparable to the best companies in the electric sector.

DistribuTECH and HydroVision Expand to Brazil

PennWell is organizing two events in Brazil in September 2012: HydroVision Brasil and DistribuTECH Brasil. Together, these two events—co-located Sept. 25-27 in Rio de Janeiro—provide a unique and unprecedented platform that will cover a broad range of power generation and supply topics and technologies impacting the Latin American region.

LIGHT, the utility company serving the electricity needs of Rio and the surrounding vicinity, has confirmed its support as a host utility of the event.

More than 215 speakers from 22 countries will participate in the event. They will share knowledge, expertise and experiences with conference delegates. At the time of publication, more than 80 companies from a dozen countries have committed to exhibit at the events.

Details about the events are available at http://distributechbrasil.com/index.html and http://hydrovisionbrazil.com/en/index.html.