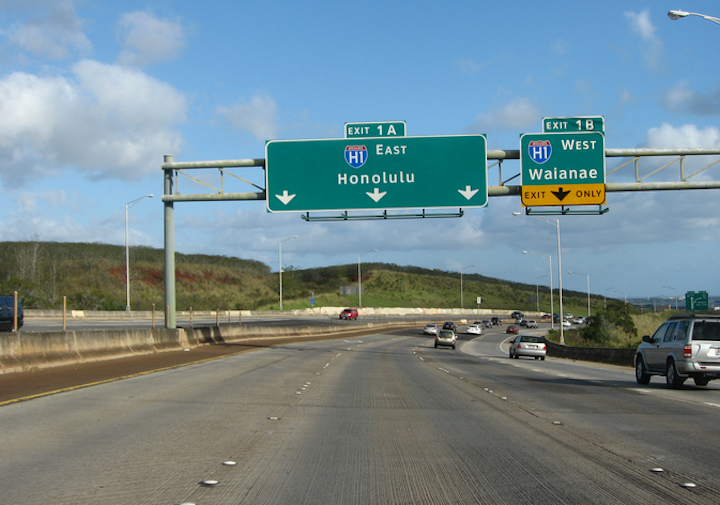 The Federal Highway Administration (FHWA) has designated two more Hawaii highways as alternative fuel corridors, clearing the way for the installation of signage that will alert drivers to locations with electric vehicle chargers or hydrogen fuel stations.

The nomination of two Hawaii Island corridors was coordinated by the Hawaii State Energy Office (HSEO), a division of the Department of Business, Economic Development and Tourism, in cooperation with the Hawaii Department of Transportation (HDOT) and a host of other local partners. The two new corridors are in addition to seven other alternate fuel corridors on Maui and Oahu approved by the FHWA in 2016.

Hawaii Island’s alternative fuel corridors have EV charging stations that are no further than 50 miles from each other and no more than 1 mile from the highway. There are also plans for a hydrogen fueling station that will be located at the National Energy Laboratory of Hawaii Authority campus at Keahole Point just off Highway 19.

Other partners in the Hawaii Island corridor solicitation with the FHWA include the Hawaii Center for Advanced Transportation Technologies, Hawaii Natural Energy Institute, County of Hawaii, the Hawaiian Electric Companies, and EV charging network provider, Greenlots.