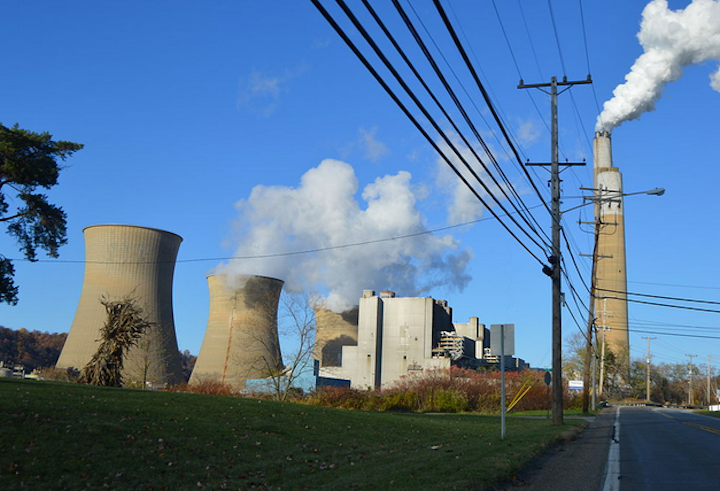 A new analysis conducted by the U.S. Department of Energy’s National Energy Technology Laboratory (NETL) indicates that continued retirement of fossil fuel power plants could have an adverse impact on the nation’s ability to meet power generation needs during future severe weather events.

A winter storm, known as a “bomb cyclone,” struck much of the eastern United States between December 27, 2017, and January 8, 2018, plunging the region into a deep freeze and sparking a rise in the demand for additional power for heat. Coal provided a majority of the daily power generation required to meet the emergency, according to the study. The report analyzes fossil fleet performance and its contribution to power system reliability and resilience during the bomb cyclone event.

According to the National Oceanic and Atmospheric Administration, bomb cyclones occur when a mid-latitude cyclone rapidly intensifies or quickly drops in atmospheric pressure, marking the strengthening of a storm—essentially a winter hurricane. The event that occurred during December and January plunged temperatures to record lows in some areas accompanied by high winds.

Peter Balash of NETL’s Energy Systems Analysis team, said the new study showed that “coal was the most resilient form of power generation during the event and that removing coal from the energy mix would worsen threats to the electrical grid’s dependability during future severe weather events.”

The report warns against overestimating the nation’s ability to respond to weather events if the current rate of coal plant retirements continues.

The report indicates that during the worst of the storm, January 5–6, 2018, that “U.S. electricity market experience demonstrated that without the resilience of coal plants—its ability to add 24-hour baseload capacity—the eastern United States would have suffered severe electricity shortages, likely leading to widespread blackouts.”

The NETL study, titled “Reliability, Resilience and the Oncoming Wave of Retiring Baseload Units, Volume I: The Critical Role of Thermal Units During Extreme Weather Events,” draws significant conclusions about the importance of fossil fuels in helping the nation answer power demands in times of crisis. The key takeaways include:

· Combined, fossil (coal, gas, and oil) and nuclear energy plants provided 89 percent of electricity across all the ISOs, with 69 percent coming from fossil energy plants.

· For the largest of the ISOs, coal provided the most resilient form of generation due to available reserve capacity and on-site fuel availability, far exceeding all other sources (providing 3 times the incremental generation from natural gas and 12 times that from nuclear units).

· Nuclear energy, while vital to a stable grid, generally ran at maximum output, with negligible additional capacity to bring online during the event.

· Natural gas, because of a surge in heating demand and pipeline congestion, did not add resilient capacity in three of the ISOs studied. However, units with dual-fuel capability (the ability to use different fuels together to produce power) allowed fuel oil to play an important role.

· Available wind energy was 12 percent lower during the bomb cyclone than for a typical winter day resulting in a need for dispatchable fossil generation to make up this generation in addition to its resiliency role in meeting the greater demand during the event.

The analysis observes that projections of power generation sources to be used to meet future demand tend to overestimate the timeframe during which aging coal-fired units will remain in service, noting that ”[t]o the extent that electricity generation projections ignore this factor, the asset replacement scale and lead-time to maintain a diverse electricity fuel mix will be greatly underestimated.”