Is EV Revolution on Tap in Home of Big Oil and Elsewhere?

The time may be coming for a revolution in how consumers transport themselves and their goods, even in car-loving, oil-heavy Texas. Whether this happens via personal EVs or electric fleet vehicles or a combination thereof is the tease that will reveal itself over time. 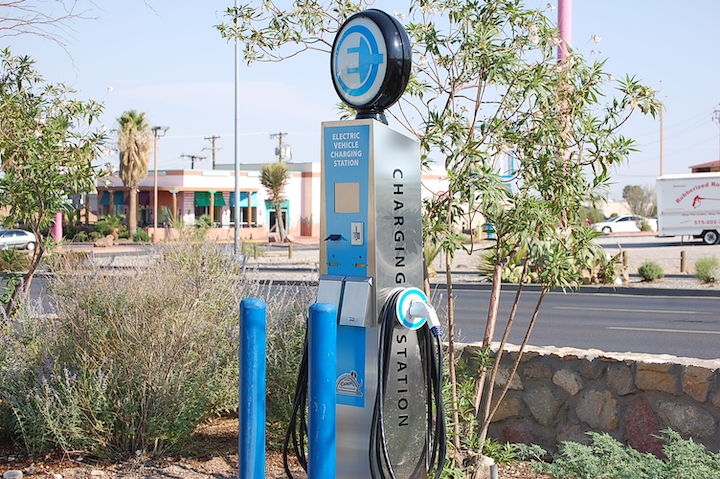 During his keynote address at DistribuTECH 2018 and just about anywhere he talks, University of Texas energy professor Michael Webber talks about how Hurricane Harvey destroyed about 500,000 vehicles in the Houston area. It’s the greatest single vehicle destruction in American history, far as we know.

“They aren’t going to replace all of those 500,000 cars” with internal-combustion vehicles, Webber predicted.

The time is coming for a revolution in how consumers transport themselves and their goods, he added. Whether this happens via personal EVs or electric fleet vehicles or a combination thereof is the tease that will reveal itself over time, he said at DistribuTECH.

A recent report by the Smart Electric Power Alliance shows that the centerpoint of U.S. oil might be ripe for a EV charge upward and onward. SEPA authors Mike Kruger and Erika Myers focus on some major developments in Texas, including that state’s ever-increasing commitment to wind power as competition for fossil-fueled power generation.

“Look beyond the oil and love of pickups, and the state has many of the elements necessary for rapid, large-scale adoption of electric transportation,” Kruger and Myers write. “It is super car-centric; it produces large amounts of wind energy, with excess supply at night; it has a deregulated energy market, especially on the retail side—which could provide a highly competitive environment for EV-friendly products and services.”

Houston is ranked as one of the worst cities for urban transportation, full of breath-choking traffic jams and delays. And utilities in other major Texas cities are in the early stages of offering incentives for EV adoption.

Austin Energy, for instance, offers up to $4,000 worth of incentives customers who install multi-family residential charging ports and owns 500 ports on its own, according to the SEPA report. Municipally-owned CPS Energy owns close to 120 public charging stations in and around San Antonio, the authors noted.

In December, the American Public Power Association detailed how states such as New York and California are setting high targets for EV adoption. Only a few weeks ago, Ameren Missouri announced that it wants approval to install hundreds of fast-charging stations across that state as part of a $1 billion investment in alternative energies.

Some EV momentum is building, as EV carmakers are responding to concerns about range anxiety and as purchase costs are dropping.

Webber offered some of the last words at DistribuTECH 2018—in San Antonio, appropriately enough—about how the EV revolution might change us.