Oklahoma utility rates could go down after corporate tax cuts 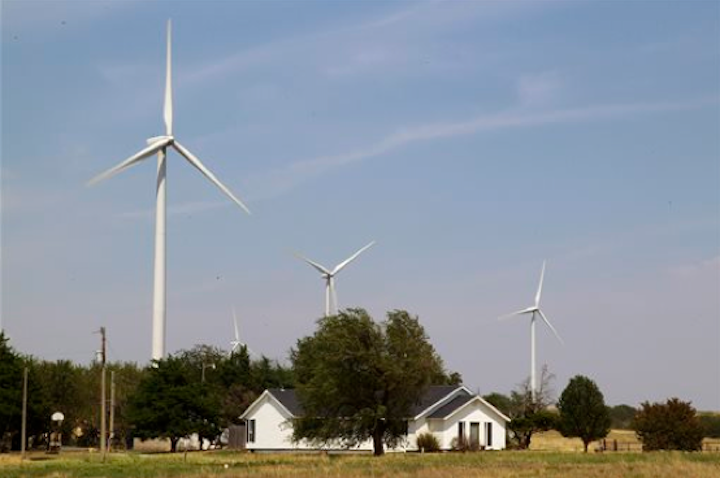 OKLAHOMA CITY (AP) — Public utility regulators from Oklahoma to Massachusetts are considering lowering the rates that homeowners and businesses pay for electricity and natural gas after a federal tax overhaul signed into law by President Donald Trump reduced the corporate income tax rate by 14 percent.

The tax overhaul that went into effect Jan. 1 lowers the highest corporate income tax rate from 35 percent to 21 percent. Now, regulators and consumer groups such as AARP are demanding that the rates consumers pay be rolled back.

Utilities are allowed to incorporate federal income tax obligations into the rates they charge customers. Exactly when and where consumers might see savings remains to be seen as regulators look into the matter.

Oklahoma Attorney General Mike Hunter estimates five public utilities operating in the state will save at least $100 million a year.

In Montana, regulators estimate utilities will save tens of millions of dollars a year in taxes.

In Maryland, where three utilities asked that state's regulators reduce utility rates to reflect tax savings, Baltimore Gas & Electric estimated that it alone will pass $82 million in tax savings on to customers.

Bob Anthony, a member of the Oklahoma Corporation Commission, which regulates public utilities in the state, said consumers help pay a utility's federal taxes every time they pay their electricity or natural gas bill.

"It's not fair to over-collect for federal corporate income taxes," Anthony said.

Montana Public Service Commission Chairman Brad Johnson said the agency "wants to ensure that this money is not simply captured by shareholders, but instead is directed in a way that provides a long-term benefit to the consumer."

But many regulators are allowing utilities to collect existing rates while they calculate changes in their tax liability.

The Oklahoma Corporation Commission, for example, voted to require utilities to track savings from the tax cut and report it to the commission within four months. The commission also instructed companies to create an account for the savings and refund those savings to customers later.

But regulators in other states have suggested the money could be used to help pay for capital projects and offset large, unusual expenses.

And some utilities are still seeking rate increases even with the tax savings.

Stan Whiteford, a spokesman for the Public Service of Oklahoma, an affiliate of American Electric Power that's seeking a rate increase of $170 million, said the utility's earnings are "far below the level that we are authorized to earn by the commission." PSO favors "a more thoughtful and comprehensive approach" to dealing with the tax savings, he said.

"We look forward to the opportunity to provide the commission with information in context on all of our costs," Whiteford said.