It has taken seven years just to get this far, but now the real work of cleaning up the Tokyo Electric Power Co. plant can begin 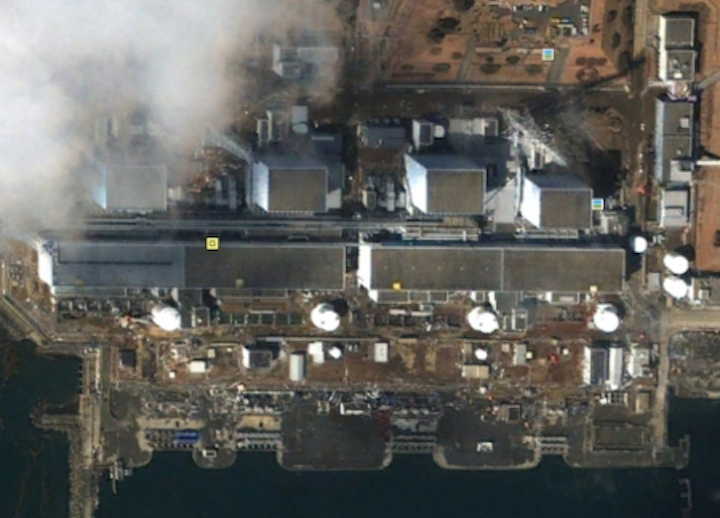 OKUMA, Japan (AP) — High atop Fukushima's most damaged nuclear reactor, the final pieces of a jelly-roll shaped cover are being put in place to seal in highly radioactive dust.

Blown apart by a hydrogen explosion in 2011 after an earthquake and tsunami hit Japan's Fukushima Dai-ichi plant, reactor Unit 3 is undergoing painstaking construction ahead of a milestone that is the first step toward dismantling the power plant.

The operating floor — from where new fuel rods used to be lowered into the core — has been rebuilt and if all goes as planned, huge cranes will begin removing 566 sets of still-radioactive fuel rods from a storage pool just below it later this year.

It has taken seven years just to get this far, but now the real work of cleaning up the Tokyo Electric Power Co. plant can begin.

"If you compare it with mountain climbing, we've only been preparing to climb. Now, we finally get to actually start climbing," said Daisuke Hirose, an official at the plant's decommissioning and decontamination unit.

Cleaning up the plant's three reactors that had at least partial meltdowns after the earthquake and tsunami is a monumental task expected to take three to four decades. Taking out the stored fuel rods is only a preliminary step and just removing the ones in Unit 3 is expected to take a year.

Still ahead is the uncharted challenge of removing an estimated 800 tons of melted fuel and debris inside the cracked containment chambers — six times that of the 1979 Three Mile Island accident.

The area in and outside of Unit 3 is part construction site and part disaster zone still requiring protection from radiation. A makeshift elevator, then a wind-swept outdoor staircase, takes visitors to the operating floor, more than 30 meters (100 feet) above ground.

Daylight streams in through the unfinished section of the new cover, a tunnel-like structure sealed at both ends to contain radiation. An overhead crane that moves on rails stands at the side of the storage pool, the maker's name, "Toshiba," emblazoned in large red letters.

The explosion left major chunks of debris that have been removed from the storage pool, a painstaking operation done using remote-controlled machinery and with utmost care to avoid damaging the fuel rods. Smaller rubble lines the pool's edge. The water's surface is obscured by a blue netting to prevent more debris from accidentally tumbling in.

The severe damage to Unit 3 has, in the end, made it easier to clean up than the other two reactors.

Under the latest government roadmap approved last September, removal of the fuel rods from units 1 and 2 was delayed by three years until 2023, a second postponement from the original 2015, because further decontamination and additional safety measures are needed.

Unit 1 fell behind because of a delay in removing debris and repairing key components on the operating floor. The Unit 2 building remained intact, keeping high radiation and humidity inside, which makes it more difficult for workers to approach and decontaminate.

Radioactivity on the Unit 3 operating floor has fallen to a level that allows workers in hazmat suits and filter-masks to stay up to two hours at a time, though most work still needs to be done remotely.

The segments of the new cover were pre-assembled and are being installed one by one by remote-controlled cranes. With two pieces left, the plant operator says the cover will be completed in February.

Removing the fuel rods in Unit 3 will be done with a fuel-handling crane. It will move the rods out of their storage racks and pack them in a protective canister underwater. A second Toshiba crane, a 10-meter (33-foot) -high yellow structure across the operating floor, will lift the canister out of the pool and load it onto a vehicle for transport to another storage pool at the plant.

Crane operators and others assigned to the project, which requires caution and skill, have been rehearsing the procedures.

The 1,573 sets of fuel rods stored in spent fuel pools at the three reactors are considered among the highest risks in the event of another major earthquake. Loss of water from sloshing, structural damage or a power outage could cause meltdowns and massive radiation leaks because the pools are uncovered.

Hirose said that starting fuel removal at Unit 3 would be "a major turning point."

Still, after the intact fuel rods are gone comes by far the most difficult part of decommissioning the plant: removing the melted fuel and debris from inside the reactors. Obtaining exact locations and other details of the melted fuel are crucial to determining the retrieval methods and developing the right kind of technology and robots. With most melted fuel believed to have fallen to the bottom, experts are proposing that it be accessed from the side of the containment vessel, not from the top as originally had been planned, based on the cleanup after an accident at the Three Mile Island nuclear plant in the United States.

Computer simulations and limited internal probes have shown that the melted fuel presumably poured out of the core, falling to the bottom of the primary containment vessels. Robotic probes at the Unit 3 and 2 reactors have captured images of large amounts of melted fuel, but attempts so far at Unit 1 have been unsuccessful.

Despite scarce data from inside the reactors, the roadmap says the methods for melted fuel removal are to be finalized in 2019, with actual retrieval at one of the three reactors in 2021. Hirose says it is premature to say whether Unit 3 will be the first.