North Carolina dams that once produced electricity for a factory employing 1,000 has generated more than $225 million 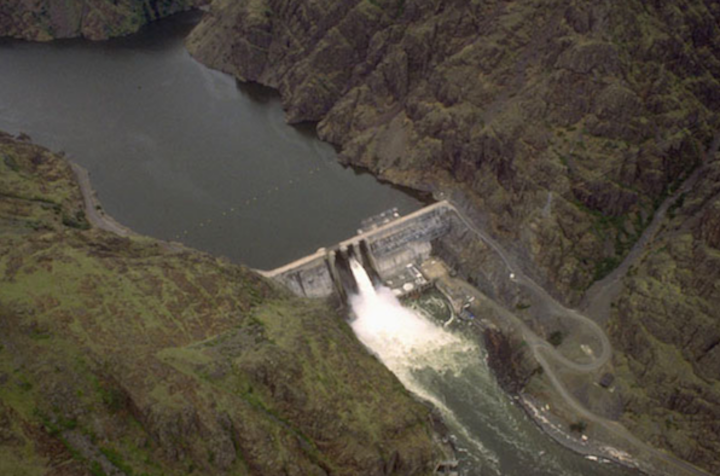 RALEIGH, N.C. (AP) — North Carolina dams that once produced electricity for a factory employing 1,000 has generated more than $225 million in revenues in the decade since the plant was closed and the hydroelectric power sold to commercial customers.

Electricity generated by four Yadkin River dams has been sold on the wholesale electricity market since Alcoa Inc. closed its aluminum smelter in 2007. The industrial giant last year sold the dams to Cube Yadkin Generation, a Maryland-based private company with seven layers of corporate ownership ultimately controlled by entities based in the Cayman Islands.

Cube reported to federal regulators that the dams generated 570,000 megawatt hours of electricity in the year ending last September. Wholesale price data provided by energy information company Platts on Monday means the dams would have generated revenues of about $15 million over the 12-month period.

Cube would not say how much profit the company earned from the power sales, but the nearly 40 percent reduction in power production from the previous year was caused by dry weather in the watershed, Vice President of Operations Mark Gross said in an email.

Before selling to Cube, Alcoa won a multiyear battle with the state of North Carolina in 2016 when the Federal Energy Regulatory Commission issued a new operating license allowing the central North Carolina dams to keep generating electricity for sale until 2055.

Former governors Pat McCrory and Beverly Perdue had fought Alcoa's license renewal for years, arguing that the company shouldn't be allowed to sell the power after long using the river's waters to support high-paying, blue-collar jobs.

The holder of the operating license largely determines how much water to release from the dams on the state's second-largest river system. The state believes inexpensive energy generated by the dams also could generate thousands of jobs in an otherwise underdeveloped region, but would lose the opportunity to influence that growth with FERC's renewal.

State Attorney General Josh Stein last month renewed the battle by filing a new lawsuit challenging the federal regulator's decision. The case asks the U.S. Appeals Court for the District of Columbia to rule whether the FERC wrongly discarded North Carolina's objections that Alcoa changed the social contract of using the river in return for community benefits when it shifted to simply selling the electricity.