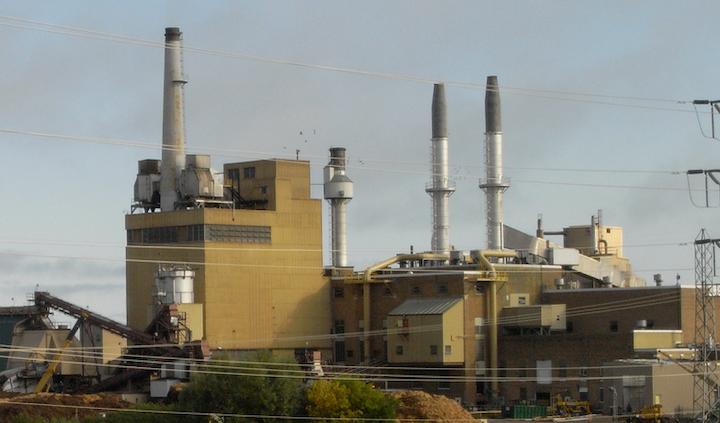 Xcel Energy said the changes would reduce its carbon pollution in the state by 60 percent and increase its share of renewable energy to almost 55 percent, up from about 28 percent now.

Xcel said the plan would save consumers $215 million by 2054, citing the "historically low" cost of renewables.

Colorado regulators would have to approve the proposals before they go into effect.

Excel, based in Minneapolis, provides electricity to 1.5 million customers in Colorado.

The coal-fired units affected are at Xcel's Comanche Generating Station in Pueblo. One would be retired in 2022, 11 years early, and the other in 2025, 10 years ahead of schedule. A third would remain in operation.

Xcel spokesman Mark Stutz said the retirements would eliminate about 80 jobs. Some of those workers are expected to retire before the shutdowns, and Xcel would try to find new jobs within the company for the others, he said.

Some of the new solar farms would be built in Pueblo County, which includes the city of Pueblo, but it wasn't immediately known how many jobs they would provide.

Three of the new solar farms would include battery storage.

The company said building and buying the natural gas plants and solar and wind farms will cost $2.5 billion. The facilities would be located in Adams, Baca, Boulder, Cheyenne, Kit Carson, Morgan, Park, Pueblo and Weld counties.

The plan calls for adding 1,100 MW of generating capacity to Xcel's system from wind, 700 from solar, 380 from natural gas and 275 from batteries. One megawatt can power 1,100 typical Colorado homes, Xcel said.

Environmental groups praised the proposal but said they need to analyze the details.

"Xcel's Colorado Energy Plan is a true testament to how fast the cost of clean energy is dropping," said Zach Pierce of the Sierra Club. "This plan makes clear that we can power our communities with reliable, affordable, and clean power made in Colorado for Colorado."

"Xcel's plan would significantly reduce air pollution in our state, save customers hundreds of millions of dollars and create clean renewable energy jobs in Colorado communities," she said.