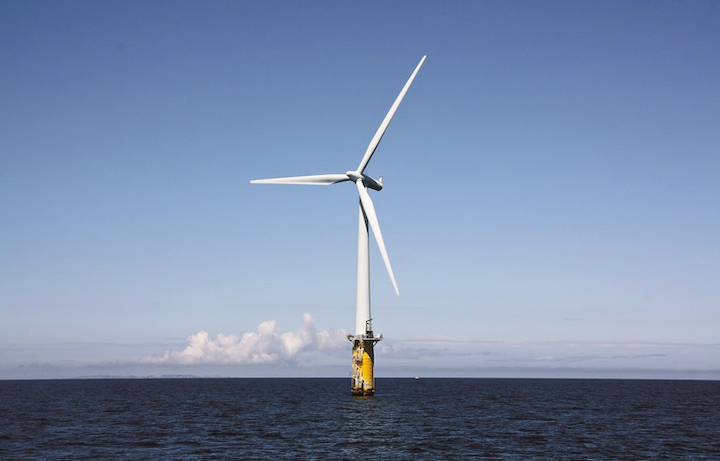 AUGUSTA, Maine (AP) — Maine utility regulators, concerned that a contract that finances an offshore wind energy project could raise electricity rates, are taking another look at the agreement.

The Maine Aqua Ventus project, led by the University of Maine, is expected to begin in 2020 and involves two floating wind turbines off Monhegan Island. It was not immediately clear how long the commission's latest review process will take.

"When it comes to renewable energy development, the LePage administration is 'closed for business,' from a sweeping moratorium on onshore wind to today's bad faith decision to renege on a previous agreement," Voorhees said.

UMaine professor Habib Dagher, who is leading the project, said officials at the federal Department of Energy assured him that a crucial $40 million grant earmarked for the project wasn't at risk from the commission's action.

The project has attracted $165 million worth of public and private investment.

Nearly $40 million of that was awarded by the federal Department of Energy in 2017, following a nationwide competition. Mainers also approved an $11 million bond for to the project in 2010.