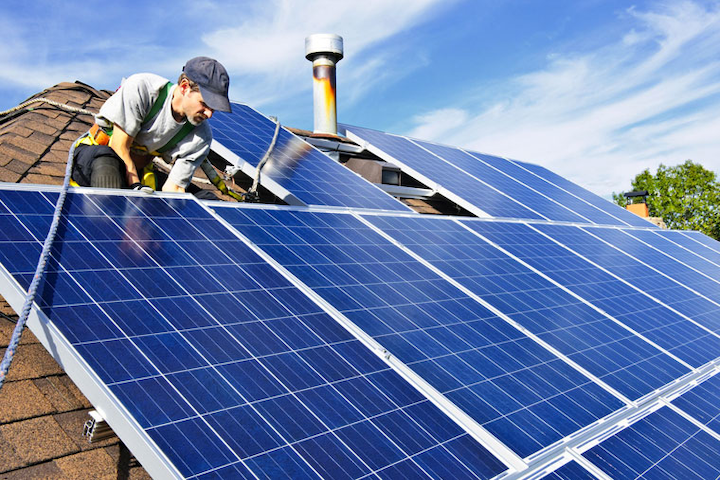 Three of California’s biggest electric utilities have asked state regulators to consider a new plan to get more compensation from customers who can afford to install rooftop solar and sell distributed energy resources back into the grid altogether.

Pacific Gas & Electric, Southern California Edison and San Diego Gas & Electric have proposed changes that they say will support the state’s clean energy goals and ensure that all customers are treated equally, according to the PG&E release Tuesday.

“The current PCIA formula has become unbalanced over time due to the growth of CCAs,” the PG&E release reads. “In 2017, CCA customers only paid approximately 65 percent of the costs associated with the energy resources procured on their behalf. This imbalance required PG&E customers who were not part of a CCA to pay approximately $180 million to subsidize CCA customers. Assuming this trend continues, in the early 2020s this amount is expected to grow to half a billion dollars, which is equal to the current PG&E low-income subsidy.”

Last month, the Golden State hit a solar-powered milestone, generating nearly half of its power demand from solar power.

Overall, California has more than 17,000 MW of installed capacity. The state’s renewables portfolio standard calls for clean energy to account for 33 percent of retail electricity sales by 2020.

In February 2018, PG&E announced it had reached California’s 2020 renewable energy goal three years ahead of schedule, and now delivers nearly 80 percent of its electricity from greenhouse-gas free resources.

The company announced 33 percent of its electricity came from renewable resources including solar, wind, geothermal, biomass and small hydroelectric sources in 2017.

Southern California Edison has proposed doubling the use of carbon-free electricity from 40 percent today to 80 percent by 2030, supported by energy storage.

SCE's plan calls for increasing the use of large-scale, carbon-free generation such as wind, solar, and large hydroelectric power plants to at least 80 percent of electricity delivered to customers, continued use of distributed rooftop solar and doubling energy efficiency by 2030

San Diego Gas & Electric is investing in advanced flow battery technology, in part to help it make better use of the solar power resources available in Southern California.

During the four-year demonstration project, SDG&E will be researching if flow battery technology can economically enhance the delivery of reliable energy to customers, integrate growing amounts of renewable energy and increase the flexibility in the way the company manages the power grid.

The vanadium redox flow battery storage facility will provide 2 MW of energy, enough to power the energy equivalent of about 1,000 homes for up to four hours. Like other battery storage systems, the battery will act like a sponge to soak up renewable energy harnessed from the sun and release it when resources are in high demand.