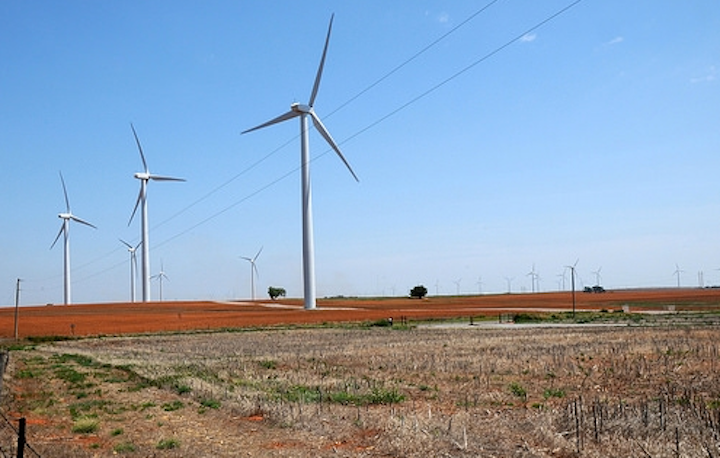 Together, PSO, OIEC and Walmart are requesting the Oklahoma Corporation Commission approve the project under the terms of the settlement agreement – terms which collectively result in additional customer protections and savings guarantees.

PSO and Walmart first reached an agreement for approval of the project in March. The agreement filed replaces that agreement and includes OIEC, a membership organization that comprises some of PSO’s largest users of electricity, as well as Walmart.

The new terms further ensure that customers will benefit from Wind Catcher by imposing additional limits on project construction costs, improving performance guarantees, and most notably, guaranteeing that customers will save money over at least the first ten years, providing certainty for customers even if natural gas prices stay at historically low levels and there are changes to federal tax law that affect the economics of the project.

In effect, the company is guaranteeing to make customers whole in the unlikely event that the project does not yield customer savings. Wind Catcher is expected to save PSO customers around $2 billion net of its costs over the 25 years the project is in service.

When it comes online in late 2020, Wind Catcher will be the lowest cost energy on PSO’s system. Customers will see savings primarily through a reduction in the fuel portion of their bills. With Wind Catcher, PSO customers will receive 40 percent of their energy from Oklahoma wind resources.

The $4.5 billion Wind Catcher project includes acquisition of a 2,000-MW wind farm under construction in the Oklahoma Panhandle near Guymon and a dedicated generation tie line to the Tulsa area, where the energy will be delivered to customers. The project is a partnership between PSO and sister company, SWEPCO. PSO’s share of the project investment is $1.36 billion.

Wind Catcher will add thousands of jobs to the Oklahoma economy and provide $60 million in state and local taxes during construction. The project will provide an estimated $300 million in property taxes and 80-90 permanent jobs while in service.