The Mont Sainte-Marguerite facility, which is 50 KM south of Quebec City in the higher-elevation Chaudiere-Appalaches region. CEO Mike Garland said this makes his company the largest wind power producer in the nation. 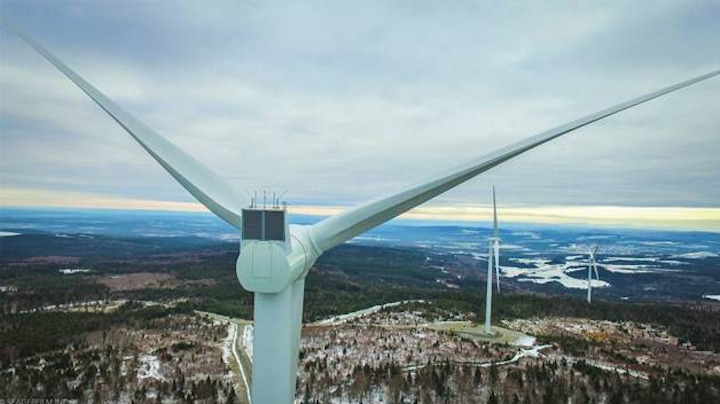 The Mont Sainte-Marguerite facility, which is 50 KM south of Quebec City in the higher-elevation Chaudiere-Appalaches region, lifts Pattern’s total wind capacity in Canada to 1,533 MW over nine facilities. CEO Mike Garland said this makes his company the largest wind power producer in the nation.

“Mont Sainte-Marguerite Wind brought strong economic benefits to the Beauce region through its use of local construction workers from Québec and Siemens Gamesa wind turbines with locally-sourced components, supporting manufacturers in the province,” Garland said in a statement. “Going forward the facility will generate millions of dollars for our community partners, the municipalities of Sacré-Coeur-de-Jésus, Saint-Sylvestre and Saint-Séverin.”

Pattern will sell its interest to publicly traded unit Pattern Energy Group Inc. and PSP Investments. That deal is expected to close within weeks.

The Mont Sainte-Marguerite facility will operate under a 25-year power purchase agreement with Hydro-Quebec Distribution. It is expected to generate enough power for approximately 28,000 Quebec homes, according to the releases.

Siemens was the equipment manufacturer on the wind turbine project. The builder was Borea Construction under the supervision of Pattern’s management team.

Some 200 jobs were created during construction, with another 12 considered permanent during operations.

A company detail of the Mont Saint-Marguerite estimates it will help avoid 424,000 metric tons of carbon dioxide which would have been produced in fossil-fuel power generation.