Exelon’s statement came in the wake of remarks made earlier this week by the company’s chief strategy officer, William Van Hoene, at the annual U.S. Energy Association’s meeting in Washington D.C. 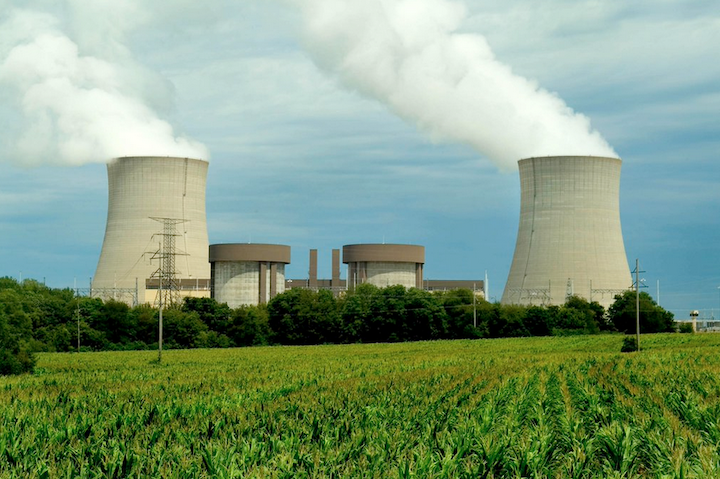 Responding to news coverage of comments by one of its executives, Exelon Corp. released a statement Thursday reaffirming that it is committed to investing in nuclear energy in the future and will not abandon the economically struggling sector.

Nuclear comprises 62 percent of the utility giant’s generation fleet, including some 23 reactors. And CEO Chris Crane said Thursday the company is “fully engaged in preserving our nation’s existing nuclear fleet and advancing the nuclear technologies of tomorrow.”

Exelon’s statement came in the wake of remarks made earlier this week by the company’s chief strategy officer, William Van Hoene, at the annual U.S. Energy Association’s meeting in Washington D.C.

“I don’t think we’re building any more nuclear plants in the United States,” Hoene was quoted by S&P Global. “I’m not arguing for the construction of new nuclear plants. They are too expensive to construct, relative to the world in which we now live.”

Hoene went on to say that continued operation of nuclear assets and added energy storage options for renewable resources may make new nuclear construction unnecessary. A few days later, his company both reaffirmed its belief in the nuclear fleet and in the market reality that new construction would be economically problematic.

“It is clear that new, large-scale nuclear plants are not viable in today’s U.S. competitive markets, where even existing nuclear plants are challenged due to the failure of these markets to value resiliency and environmental externalities,” the Exelon statement reads.

Survival of the U.S. nuclear energy capacity is a robust topic of debate and concern industry-wide. Energy Secretary Rick Perry led an unsuccessful push to financially reward the resiliency benefits of generation sources such as nuclear and coal, while New Jersey lawmakers have sent a $300 million nuclear subsidy bill to the governor’s desk.

In the company statement, Crane sided with the argument that generation sources which strengthen grid resiliency should be more highly valued.

“We can’t imagine a clean energy future without zero-emission nuclear energy,” he said. “But we also have to be honest with ourselves about the need for changes to markets and energy policy to value resilience and environmental attributes in a technology neutral way.”

Exelon is in the midst of filing to relicense some of the nuclear capacity in Pennsylvania.