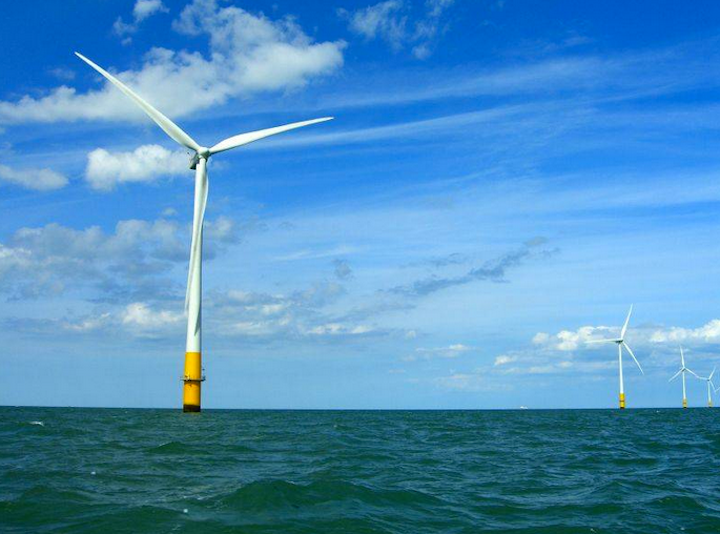 E.On reported that the heart of the Arkona offshore wind project in the German Baltic Sea has been completed on schedule.

The electric offshore transformer station has now been successfully installed at a water depth of almost 100 feet. Moving the so-called "topside" from a barge onto the foundation with the crane ship Oleg Strasnov was the installation of the world's heaviest alternating current platform, which had previously been lifted in one block on the high seas.

The largest single component of the billion-euro project weighs more than 5,000 tons and consists of the jacket foundation anchored in the seabed and the topside with the electrical switchgear and transformers.

It is the size of an eight-story apartment building and has a helipad at an altitude of 230 feet above sea level. The construction of the transformer station at the French shipyard STX required more than 500,000 working hours.

The joint venture consisting of E.On and Statoil will jointly use the platform with the transmission grid operator 50Hertz. The unmanned station is located in the middle of the construction site of the wind farm and will bundle the electricity produced by the 60 wind turbines, which is then transported to the mainland by sea cable.

The substation is operated from the operating station of the wind farm in the port of Mukran Port in Sassnitz on Rugen island, while E.Ons Offshore Marine Coordination Center in Hamburg monitors and controls the operation.

The next step in the construction phase will be the laying of the internal parking cabling. Finally, in late summer, the erection of the wind turbines on the foundations already installed will start. The complete commissioning of the entire wind farm is planned for 2019.

The Arkona project is located northeast of the island of Rugen. The wind farm will have an output of 385 MW and can theoretically supply around 400,000 households with renewable energy. The investment volume amounts to nearly $1.5 billion.

Compared to conventionally generated electricity, Arkona saves up to 1.2 million tons of CO2 per year. 60 turbines in the 6 MW class from Siemens will be installed. The plants are based on monopile foundations.