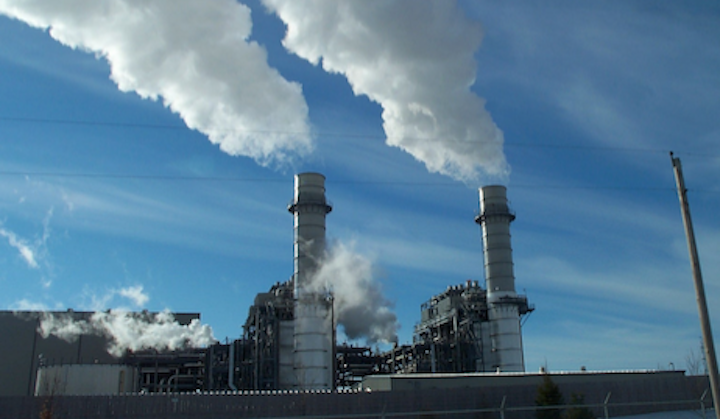 The commission authorized DTE to recoup up to $951.8 million for the construction of an 1,100 MW combined cycle plant at DTE’s Belle River Power Plant site in East China Township. DTE had sought approval for $989 million in cost recovery, but the Commission approved a lower contingency amount recommended by MPSC staff.

Under state law, the commission had up to 270 days to rule on three certificates of necessity that DTE filed on July 31, 2017. In approving the CONs, the MPSC determined through an open hearing process with input from numerous stakeholders that the energy to be supplied by the project is needed, a natural gas combined cycle plant was the most reasonable and prudent means of meeting DTE’s future energy needs, and the company can recover up to $951.8 million in costs for the plant through future rates charged to customers.

"DTE Electric’s recent and planned investments in energy waste reduction, renewable energy and energy storage, when coupled with this highly efficient gas plant, demonstrate that Michigan is a great example of an 'all of the above' strategy to meet our energy needs in a reliable, affordable manner that protects the environment,” said Sally Talberg, chairman of the MPSC.

"The commission is granting certificates of need for DTE Electric’s proposed 1,100 MW combined cycle natural gas plant to replace coal plants closing in the early 2020s,” Talberg added. “This plant has the best combination of operational, reliability, and economic attributes to fill this need for power and will help position Michigan for a successful transition to a cleaner energy future."

In its ruling today, the commission found:

· DTE provided a reasonable forecast of projected load growth and demonstrated that there is a significant near-term need for power. Even with the approved gas plant in service in 2022, DTE will have a short-term need for 300 MW of capacity that may be filled using power purchases, renewable energy, energy waste reduction, or demand response. Modeling showed that augmenting the gas plant with EWR programs up to 2 percent annually, if such programs could be planned and scaled up in time, presents cost savings and could provide some flexibility on the in-service date for the plant. EWR programs help customers cut energy use through more efficient appliances, lighting, insulation, and other equipment.

· The proposed facility will comply with state and federal environmental standards, laws, and rules for public health, safety, and welfare, as well as the protection of the state’s natural resources.

· Although there was a thorough review of alternatives to meet power needs, and to displace or defer the need for a natural gas plant, the proposed plant is the most prudent and reasonable option given cost, timing, operational performance characteristics, and reliability considerations. Alternatives that were considered included electric transmission expansion with out-of-state power sources, purchase of an existing plant, a purchased power agreement with a third party, and combinations of renewable energy, EWR, DR, and energy storage.

· Increased DR, EWR, and renewable energy could potentially displace – not just defer -- a second gas plant DTE proposed in its integrated resource plan (IRP) to meet its needs in 2029. DTE Electric is directed to include such a scenario in its April 2019 IRP filing given the time needed to plan and implement options such as DR and EWR.

· The $951.8 million approved does not include costs for electrical transmission upgrades, which are handled by the local transmission company, ITC Transmission, under federal procedures. If plant project expenditures exceed the approved amount, DTE would have to prove in future rate cases that any additional costs were justified, and it must overcome a legal presumption of imprudence.

· DTE Electric must provide the Commission an analysis of how customer rates are expected to change over the next 10 years based on coal plant retirements and the addition of the combined cycle plant.

· DTE must file regular reports to the Commission about the status of the approved CONs, including an update of the cost and schedule of the plant project.

DTE has proposed building the facility on 40 acres next to the Belle River Power Plant, which is near transmission lines and high-pressure gas pipeline infrastructure. The company said it expects to begin construction in the spring of 2019 and have the plant operational in the spring of 2022. It will be DTE’s first major power plant to be built since the Fermi nuclear plant went into service in 1988.

DTE says the energy produced would partially replace 2,100 MW of generation that will be lost when eight coal-fired units are retired between 2020 and 2023. DTE expects to close River Rouge Unit 3, St. Clair Units 1-3 and 6-7, and Trenton Channel Unit 9. St. Clair Unit 4 was retired after the company filed its three CONs that were decided today.

The commission said questions about additional plant retirements, renewable energy, EWR, DR, or other options to meet power needs after 2022 will be addressed in DTE’s new IRP, to be filed in 2019 under applicable state law, and in other proceedings.