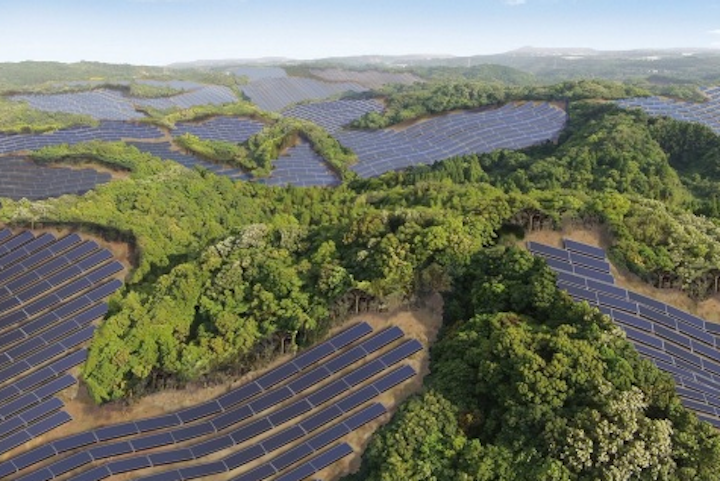 The solar modules were installed on 1.2 square kilometers of land originally designated for a golf course and other purposes but subsequently abandoned. A ceremony was held on April 27 to commemorate completion of Kyocera TCL Solar’s largest solar power plant.

All electricity generated at the plant will be sold to the local utility, the Chugoku Electric Power Co. Since Tottori Prefecture has a Japan Sea coastal climate with heavy snow and short hours of sunlight during the winter months, it is not always considered to be a suitable area for constructing a solar power plant.

However, the company overcame such difficulties by optimizing installation methods to allow for weather conditions of the area and ensure sufficient power generation capacity.

Kyocera TCL Solar has constructed 63 solar power plants across Japan including this 29.2 MW plant with about 215 MW 2 of total output since the company was established in August 2012. Kyocera TCL Solar, Kyocera and Tokyo Century remain committed to promoting renewable energy as well as contributing to environmental protection and the creation of a sustainable society through their solar energy business.