That measure will make it easier for the Electric Power Authority to maintain power lines and replace them after a storm, and crews will be able to obtain materials more quickly, CEO Walter Higgins said. 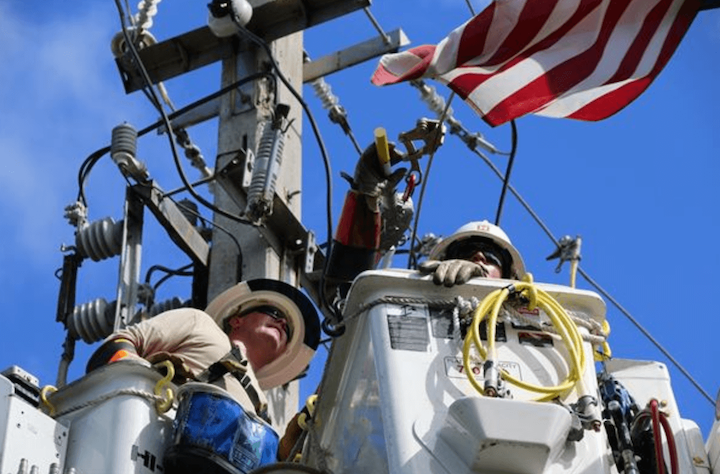 That measure will make it easier for the Electric Power Authority to maintain power lines and replace them after a storm, and crews will be able to obtain materials more quickly, CEO Walter Higgins said.

“It’s a great step forward for faster restoration from storms and improving technology of the grid,” he said in a statement. “It ensures that all of our future construction and activities in the grid will be done to a standard that is widely adopted and widely used in the United States.”

It was not immediately clear why Puerto Rico had not previously adopted such a standard and whether the government has already started to rebuild and design a stronger power grid. Higgins was not available for comment, and power company spokesman Carlos Monroig said he did not have details.

More than 29,000 customers remain without power nearly eight months after the Category 4 storm destroyed up to 75 percent of the U.S. territory’s distribution lines. On Monday, a group of neighbors in the southeastern part of the island marched through the streets with Tiki torches and handmade posters that read, “We want power!” Local and federal officials have said a lack of materials and rough terrain have in part delayed power restoration efforts as anger grows over the lack of electricity in dozens of communities.

Higgins said emergency measures taken so far to restore power must be upgraded or replaced to permanent standards.

Sen. Bill Nelson of Florida, a Democrat from Florida who visited Puerto Rico last week, said the U.S. government has to do more to help the island recover from Maria.

In April, federal officials told a congressional hearing that they expected to have a plan by June on how to strengthen and stabilize Puerto Rico’s electrical grid. Many worry the plan comes too late: The Atlantic hurricane season starts June 1, and power outages remain common across Puerto Rico.

Just hours before Higgins’ announcement, Puerto Rico legislators said they would investigate an island-wide power outage that occurred April 18 and scrutinize what kind of steps the power company took to restore electricity and ensure it would not happen again. It was the second such outage in less than two years.

Puerto Rico’s power company is $14 billion in debt and operating with infrastructure nearly three times older than the industry average. The governor announced in January that he aims to privatize the company as local and federal officials continue to restore power, with up to $2 billion of $18.5 billion in disaster recovery grants slated to help rebuild the grid.

Also on Monday, Gov. Ricardo Rossello released details on how his administration plans to use an additional $1.5 billion in federal funds to help the U.S. territory recover from Hurricanes Irma and Maria. At least $817 million will go to rebuilding single-family homes and $45 million will help with mortgage payments.

In addition, the plan earmarks $36 million for developing renewable energy projects for homes, $12.5 million for building housing for the homeless and domestic violence victims and $15 million for promoting the island as a tourism destination to help revive the economy.

The funds were awarded through the Community Development Block Grant program.