If and when Pattern Development’s wind energy footprint in the Estancia Valley of New Mexico would top 3,000 MW. 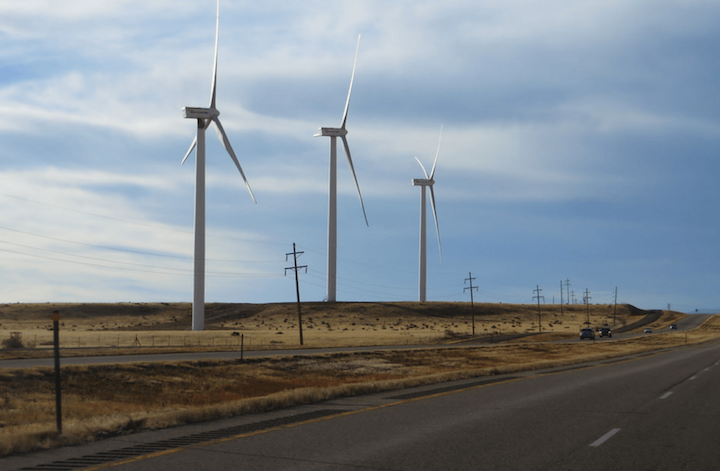 Mesa Canyons and Western Spirit will be interconnected once they are completed. Construction is expected to begin next year with a targeted in-service date of 2020, according to the release.

If and when Pattern Development’s wind energy footprint in the Estancia Valley of New Mexico would top 3,000 MW. No financial terms were disclosed for the transaction.

“As the leading wind developer and operator in New Mexico, Pattern Development is uniquely positioned to bring the Western Spirit Transmission Line and the Mesa Canyons Wind Farm to fruition,” said Mike Garland, CEO of Pattern Development. “New Mexico is home to one of the strongest wind resources in the country and Pattern Development is committed to developing and constructing these new projects as excellent additions to our portfolio, expanding our investment in this enchanting state.”

Clean Line CEO Michael Skelly said his company has been successful in bringing the Western Spirit transmission line and Mesa Canyons wind farm to advanced states of development. Pattern Development “will now take both projects over the finish line,” he said in a statement.

“Across the country, we are seeing clear proof of how building new efficient transmission infrastructure provides substantial benefits for consumers, through the delivery of clean renewable energy at rock bottom prices, job creation, and economic development,” Skelly added.

“These projects will spur job creation in rural New Mexico and generation billions of dollars in economic impact,” Heinrich.

Clean Line has developed numerous long-distance wind transmission projects over the years. It has struggled to get regulatory approval for projects such as the Plains & Eastern Clean Line—which would run from western Oklahoma to Tennessee—and the Grain Belt Express from Kansas through Missouri to markets in Illinois and beyond.

The sale of the Oklahoma portion of the Plains & Eastern happened despite opposition to the project in Arkansas. Missouri regulators also have shown resistance to the Grain Belt Express, although an appeals court ruled that regulators erred in their rulings.

"The sale of the Mesa Canyons wind farm and Western Spirit transmission demonstrates that low-cost wind and long-haul transmission is a path to a cleaner energy future," Skelly said in an emailed reply to POWERGRID International. "There is a powerful trend happening across the country at the state level where large utilities like PacifiCorp, Xcel Energy, AEP, and NextEra Energy Resources have decided to build new transmission infrastructure to deliver large amounts of onshore wind energy to market. This is now a proven model, beneficial to consumers.

"We are currently focused on moving our Grain Belt Express Clean Line project forward and are hopeful for a decision from the Missouri Supreme Court soon," Skelly added.