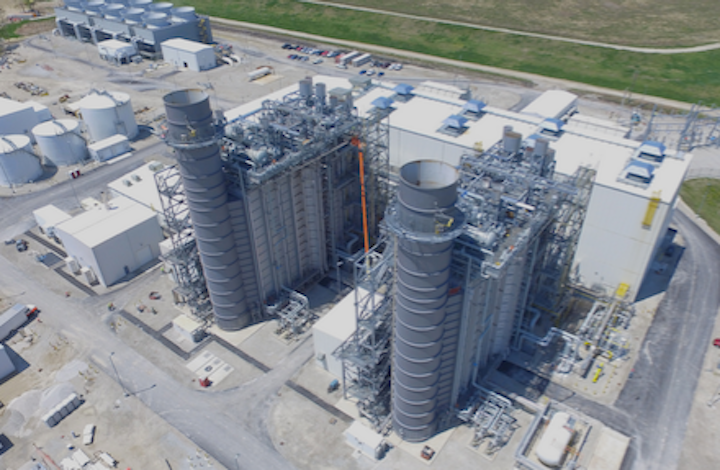 The completion of IPL’s Eagle Valley Generating Station, located in Martinsville, Indiana, ensures a more diverse, reliable and cleaner portfolio of power generation for customers, according to IPL.

“This is an important investment for our customers and community as the plant will have a lower rate of emissions than the coal units it replaces and is the most reasonable cost option for our customers,” said Craig Jackson, IPL President and CEO. “Our future is focused on accelerating cleaner, smarter and affordable options for our customers and we are proud of the efforts we’ve made over the last few years to significantly reduce our dependence on coal and focus toward a more balanced energy mix.”

The new natural gas plant reduces the rate of most emissions by 98 percent compared to the six coal- and oil-fired units it replaced. Connected to two interstate natural gas pipelines, IPL’s natural gas plant can access low-cost fuel from most of the major natural-gas producing basins in the United States.

IPL received approval in 2014 from the Indiana Utility Regulatory Commission (IURC) to invest about $600 million to build the natural gas plant.

This project, along with the conversion of coal-fired units to natural gas at IPL’s Harding Street Station in 2016, makes natural gas IPL’s largest source of generating capacity. IPL also added advanced battery-based storage to its fleet, which enables more efficient operations and supports the ongoing integration of renewable generation resources.

IPL will host a ribbon cutting ceremony in the coming months to celebrate the commissioning.