'Our industry and the marketplace continue to evolve, and we must change with them' 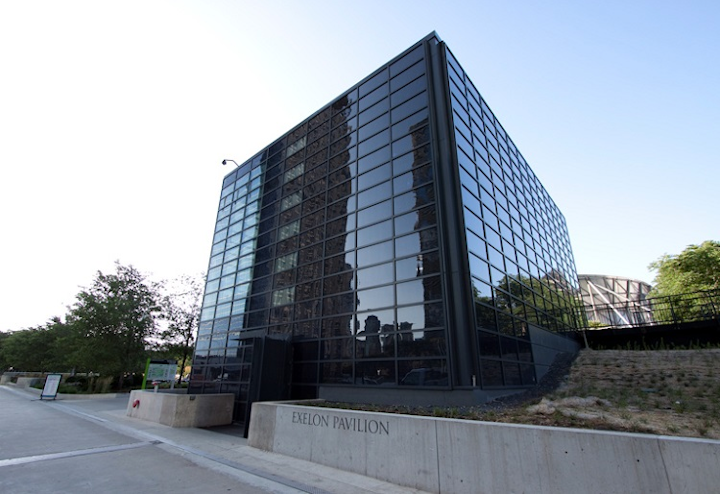 “Our industry and the marketplace continue to evolve, and we must change with them. We are making these key appointments to position our company for future growth and to strengthen our leadership ranks,” said Exelon President and CEO Christopher M. Crane.

“Joe Nigro brings nearly 30 years of industry experience to his new role, having successfully delivered results, while reorganizing and streamlining our competitive energy business and being a champion of talent,” Crane said. “Joe will provide a valuable commercial perspective to the finance function, building on the strong strategy, systems and leadership team that Jack has built during his six years as CFO. We thank Jack for his leadership in merger integration, resizing the dividend and developing a capital management strategy with a focus on utility growth, among other accomplishments. He and his team have already delivered on cost-management initiatives, and we look forward to Jack leading the critical work of optimizing our costs, efficiency and effectiveness across the business services company.”

Nigro is a 22-year veteran of Exelon, most recently leading Exelon’s competitive retail and wholesale business. Nigro oversaw the integration of the Exelon Power Team and Constellation retail platforms and has seen the growth of Constellation to become the largest competitive C&I retailer in the United States.

Denis P. O’Brien, who has led Exelon Utilities for the past six years, will serve as an adviser to the CEO until he retires at the end of 2019. He will be succeeded by ComEd President and CEO Anne Pramaggiore, who has been promoted to senior executive vice president and CEO of Exelon Utilities, effective June 1, where she will oversee Exelon’s six local electric and gas utilities.

“Denis has been a tremendous asset to Exelon in his 36 years at the company, driving significant gains in operational performance across our utilities. He helped establish a sustained operational culture steeped in accountability and continuous improvement to deliver world-class performance, benefiting our customers and communities,” Crane said. “Anne’s leadership at ComEd has delivered a meaningful improvement in customer satisfaction, operating performance and earned returns. She is a leading strategic voice in the utility sector who will provide great leadership as Exelon embraces our utility of the future strategy and charts our growth strategy for the next decade.”

A 20-year veteran of ComEd, Pramaggiore has led the utility since 2012, overseeing implementation of important energy legislation in Illinois through the Energy Infrastructure Modernization Act (EIMA) and Future Energy Jobs Act (FEJA) programs that have supported system reliability and resiliency. She previously served as ComEd’s chief operating officer and before that as general counsel and head of regulatory policy.

Joseph Dominguez, currently executive vice president, governmental & regulatory affairs & public policy, was promoted to CEO of ComEd, effective Aug. 1. Dominguez joined Exelon in 2002 as associate general counsel, continued to grow his role as lead lawyer for PECO, and eventually as the lead for policy matters across the company. He co-founded the Association of Latino Energy and Environmental Professionals (LEEP), an organization focused on ensuring the Latino voice is heard in the energy and environmental industries.

Terence Donnelly, currently ComEd’s executive vice president and chief operating officer, will become President of ComEd. Donnelly began his professional career at PECO in 1983, has more than 30 years of experience in the utility industry and has held several other executive positions covering a broad range of functions for ComEd and PECO.

Kathleen L. Barrón, currently Exelon senior vice president, federal regulatory affairs and wholesale market policy, was promoted to senior vice president, governmental & regulatory affairs & public policy. She also will serve as a member of the company’s executive committee. Barrón led regulatory and legislative advocacy at the state level on behalf of Exelon Generation in states within the wholesale markets and was instrumental in work to ensure that nuclear energy is fairly valued. Prior to joining Exelon, Barrón was the Deputy General Counsel at the Federal Energy Regulatory Commission (FERC).

Current Exelon Power President Ron DeGregorio is retiring later this year after more than 35 years with the company. DeGregorio has held critical leadership positions in Exelon Nuclear and Transmission and led the integration of Exelon’s merger with Constellation Energy. John Barnes, currently chief operating officer at Exelon Power, will be promoted to Exelon Generation senior vice president and president of Exelon Power, effective July 2. John is a 33-year veteran of the company. Previously, he was vice president of operations for Exelon Power and served in other important leadership positions.

“Our leadership team across the company, from Generation to our utilities to our policy work, is well positioned to ensure Exelon achieves its potential for our customers, communities and shareholders,” Crane said.