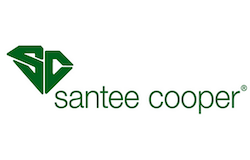 According to the Charleston Post and Courier, Florida-based NextEra Energy and South Carolina's Pacolet Milliken are each making bids of about $10 billion.

Another unnamed utility has also made a bid to take over management of Santee Cooper and eventually purchase it, according to the paper.

Santee Cooper, based in Moncks Corner, S.C., was created in 1934 during the New Deal and owns a fleet of power plants that includes nuclear, coal, oil, gas and hydro. The utility also owns a transmission and distribution business and a water utility.

The South Carolina General Assembly would have to approve any sale.

Santee Cooper holds about $8 billion of debt, about half of which is related to the abandoned V.C. Summer nuclear power expansion project. The nuclear project was a joint project with South Carolina Electric & Gas.