Utah to sue California over fee on coal-fired power 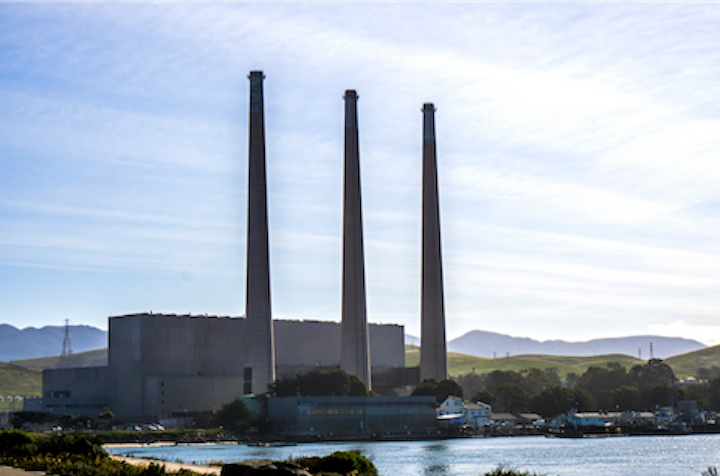 The proposal from Republican Rep. Mike Noel passed through a subcommittee with only one Democratic lawmaker raising objections. It marked the latest attempt by the state's GOP leadership to help a struggling coal industry that is key to economies in several central Utah counties.

Noel said California's policy is hurting coal miners in his rural district and violates the U.S. Constitution's Commerce Clause. He said the taxpayer money is a small price to pay for standing up to what he calls "California's war on Utah coal."

"They're trying to put their values on us," Noel said.

Sen. David Hinkins, a Republican who represents several of the state's counties most dependent on coal production, called on his fellow lawmakers to make a stand.

"The next thing it will be the pork produced in the state," Hinkins said. "It would be like us saying we don't want to take California almonds or California oranges but we'll take them from Florida."

California Air Resources Board spokesman Stanley Young said in an emailed statement that the state's system is not singling out Utah.

"California's cap and trade program is designed to reduce climate-changing gases and rewards electricity with lower carbon pollution used by Californians — regardless of where that electricity comes from," Young said.

The system has survived previous court challenges from business leaders in California.

Sen. Jim Dabakis, a Democrat from Salt Lake City, questioned why the coal companies aren't paying for the lawsuit and pointed out that a Salt Lake City law firm that testified the case is winnable is biased because it will get paid to win the case or lose it.

"This is the state taking millions like they do every year and going up to the dome of the Capitol and just throwing it out there, wasting it," Dabakis said. "They pick lawsuits that have no chance."

Lawmakers who several years ago backed a Utah plan to spend $53 million in public money on an Oakland, California-coal shipping terminal say the proposed expansion would allow them to ship coal to Asia. But the Oakland City Council voted to ban coal shipments, leading to a court battle that is awaiting a ruling from a federal judge in California.

The new proposed money was inserted into an appropriations bill by the Natural Resources, Agriculture and Environmental Quality Appropriations Subcommittee and now moves on to an executive appropriations committee.

Ashley Soltysiak, Utah chapter director for the Sierra Club, said the organization is firmly against a proposal that would keep valuable funds from state programs that need it, like air quality measures.

"The people of California have spoken: They don't want to have dirty, polluting energy in their state," Soltysiak said. "This would be a gross waste of Utah taxpayer dollars. This is lawsuit is ridiculous."

Out-of-state demand for Utah's coal had led to a drop in coal production to about 14 million tons in 2017, down from about 27 million tons in the mid-2000s, said Michael Vanden Berg, energy and mineral program manager at the Utah Geological Survey.

Larry Johnson, mine manager at Alton Coal Development, testified in support of the proposal, saying coal production is down 40 percent since 2015. That has led to a cutback in hours for mine workers.

"What are they are trying to make coal more comparable to solar and wind rates," Johnson said. "It's not right."