The civil penalty was filed against Southern Nuclear Co., a unit of the electrical utility Southern Co. 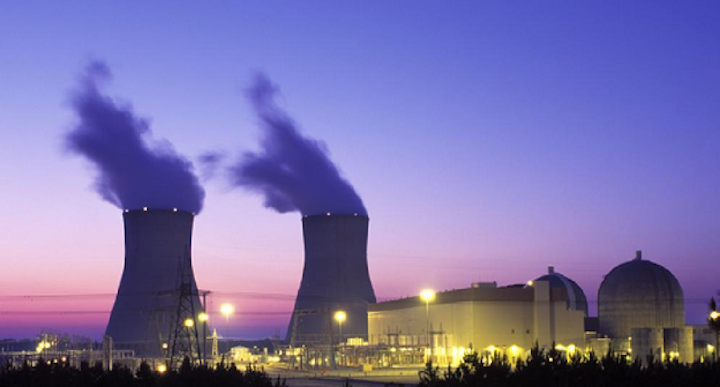 The Nuclear Regulatory Commission said investigators found at least 13 system operators at the plant who on multiple occasions neglected to perform required rounds, then made false log entries saying the checks were completed. The civil penalty was filed against Southern Nuclear Co., a unit of the electrical utility Southern Co.

The NRC said in a letter to the company that workers are required to perform rounds to identify and correct "degraded, abnormal, or undesirable" conditions at the nuclear plant.

"In this case, however, this vital function was intentionally precluded by the deliberate misconduct," the NRC's letter stated.

The violations took place during a three-month period in 2016, the NRC said in a news release. Investigators found no plant safety issues that were missed because of condition checks that were skipped.

Located in Burke County, roughly 25 miles southeast of Augusta, Plant Vogtle has been operating two nuclear reactors since 1989. The plant is in the middle of a major expansion, building the first new commercial reactors licensed in the U.S. since 1978. Delays and cost overruns have plagued construction of the two new reactors, which are at least four years from completion.

The violations cited by the NRC stemmed from operation of the plant's older reactors and were not related to construction of the new ones, Southern Nuclear spokeswoman Michelle Johnson Tims said.

She said the company has disciplined the employees responsible for the violations and taken other corrective measures.

"Southern Nuclear does not tolerate acts of willful misconduct," Tims said in a statement emailed to The Associated Press.

The NRC said Southern Nuclear has 30 days to pay the fine or contest it. Tims said the company "will consider all available options."