Power Management: Putting Power for the Rio 2016 Olympic Games on the Fast Track

Energy management: There may be a full four years between every Olympic Games, but deploying Olympic Games-scale power distribution, backup power and protection systems typically comes down to the final months — or even weeks — before the Opening Ceremony of the Olympic Games. 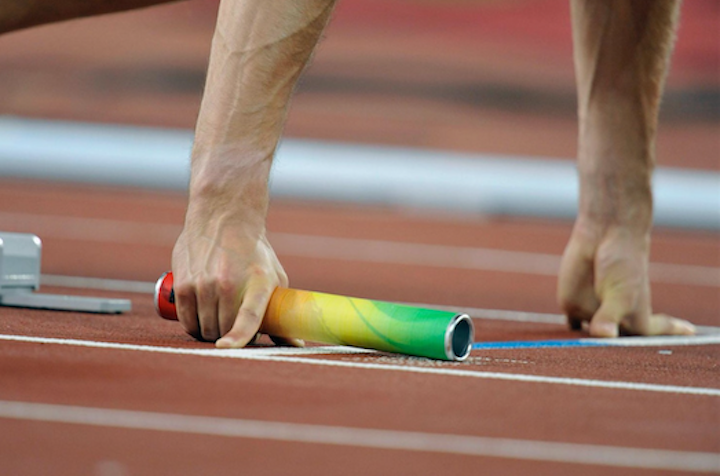 There may be a full four years between every Olympic Games, but deploying Olympic Games-scale power distribution, backup power and protection systems typically comes down to the final months — or even weeks — before the Opening Ceremony of the Olympic Games. For the Rio 2016 Olympic Games in August, GE Energy Connections (NYSE: GE) is implementing a series of “fast-track” processes based on lessons learned from work at five previous Olympic Games to help scale up the power for more than 32 Olympic venues and facilities.

“Having supported the Olympic Movement since the Torino 2006 Olympic Winter Games, we’ve learned some valuable lessons about how to deploy comprehensive power systems across multiple sports venues and facilities under a highly compressed timetable,” said Rohan Kelkar, general manager for one of GE’s Energy Connections businesses.

For the Rio 2016 Olympic Games, GE is providing more than 3,000 three-phase and single-phase uninterruptible power supply (UPS) systems, 65 power transformers and a host of electrical distribution equipment from low-voltage panels to switchgear. All of this equipment needs to be delivered, installed, tested and connected to a centralized power monitoring center in time for the Aug. 5 Opening Ceremony of the Olympic Games. To successfully complete and ready a project of this scale on time takes extreme collaboration.

“There is no way that this can happen unless there is strong coordination. It’s about teamwork — there is no other way,” Sotiris Salamouris, chief technology officer, Olympic Broadcasting Services.

Working with fast-track tools and methodologies developed as part of the GE’s FastWorks process, the company looked at every phase of this project — from customer-focused specifications and ongoing interactions to ways of enhancing delivery and deployments — to help ensure every power system would be up and ready for the Games.

Starting at the Beginning — Consulting and Specification

Before the final specifications were put in place, GE shared its vast experience and depth of data collected from past Olympic Games projects with the Rio 2016 Organizing Committee to develop an optimum list of requirements. This knowledge and early consultative process saved valuable time upfront, helping to ensure the right technology, system configurations and support services were specified. GE also was able to work with its product teams across the globe and with key channel partners in Brazil early on to develop a comprehensive procurement, manufacturing, logistics and support schedule.

Given the 110 GE three-phase and 2,954 single-phase UPS units being used at the Rio 2016 Olympic Games, it was important to standardize on core platforms. By standardizing on its SG and TLE series of UPS backup power units early in the process, downstream issues of commissioning and deploying power protection systems were greatly simplified. In addition, standardizing on basic units continued to offer flexibility in terms of power capacity output while also streamlining potential issues such as training, support and parts inventory — depending on settings and requirements.

In typical power protection and distribution applications such as a data centers, for example, design and deployment schedules are well defined and managed. Provisioning power at a new or upgraded data center typically proceeds along a clear and linear path. When providing power systems to facilities that are under construction, however, delivery and installation flexibility is essential. GE’s expertise in fast scaling helps to allocate the right team at the right time to ensure equipment is ready to be delivered and installed as soon as the site or facility is ready.

“Unlike many of our commercial deployments when a final deadline sometimes varies, the Opening Ceremony of the Olympic Games on Aug. 5 is a can’t-be-missed deadline,” said Mauro Scappini senior service manager for critical power products in GE Energy Connections.

Figuring out how to assemble all the components of a comprehensive network of power systems across some 32 venues and facilities can be daunting. For an Olympic Games-scale project, it’s a logistical challenge to not only ship all the equipment and components from various locations, but also for the local crew to bring together all the components into the right solutions.

“Choosing the right solution can be similar to deciding between going to a lumber yard to collect the wood, nails and tools needed to build a house or getting a pre-packaged “house kit’ of all the supplies and equipment delivered on one truck,” Scappini continued. “For the Olympic Games, we looked at each of the 32 venues and facilities that we will be supporting with power systems and determined it would be best to deliver ready-to-deploy, complete equipment and system packages in containerized units for each venue and application.”

Having a full complement of pre-specified equipment consolidated in a single container creates a tremendous leg up for services teams. It helps ensure that all of the right equipment and components are in the right place at the right time, accelerating GE’s schedule and helping to ensure quality.

Developing an extensive training regime for both GE’s Energy Connections critical-power services team and its channel partners in Brazil was also part of the company’s fast-track strategy to ensure installation and services teams were ready for the quick deployment strategies put in place years before the Games. In fact, the GE Rio teams began their training back in February 2016 and will be starting their work in Brazil this month to get the power systems up, running and ready for Rio 2016.

“With the eyes of the world focused on those brightly lit Olympic rings during the Opening Ceremony of the Olympic Games, meeting the Aug. 5 deadline becomes a must, not a maybe,” continued Kelkar. “By fast tracking every element of our process — from planning to deployment to service and training — we’re doing our part in helping to ensure the Games will shine brightly across the globe.”

GE (NYSE: GE) is the world’s Digital Industrial Company, transforming industry with software-defined machines and solutions that are connected, responsive and predictive. GE is organized around a global exchange of knowledge, the "GE Store," through which each business shares and accesses the same technology, markets, structure and intellect. Each invention further fuels innovation and application across our industrial sectors. With people, services, technology and scale, GE delivers better outcomes for customers by speaking the language of industry.

GE Energy Connections designs and deploys industry-leading technologies that turn the world on. We transport, convert, automate and optimize energy to ensure we provide safe, efficient and reliable electrical power. Uniting all the resources and scale of the world’s first digital industrial company, we connect brilliant machines, grids, and systems to power utility, oil & gas, marine, mining and renewables customers, that keep our world running.

For more information about GE or other products, click here to go to Utility Products’ Buyers Guide.