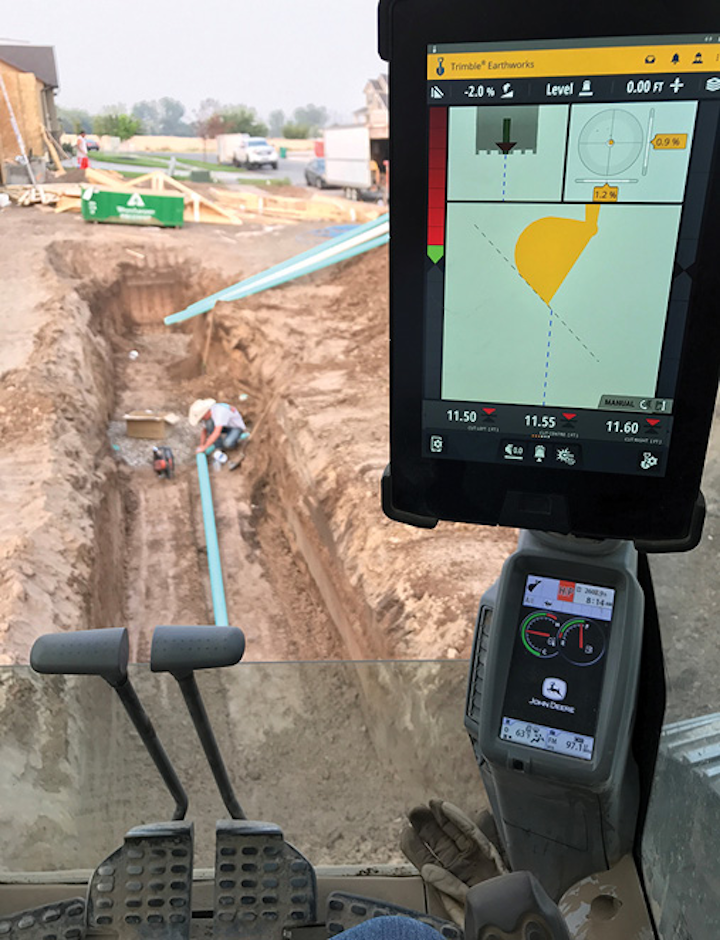 The Earthworks machine control system is simple to install, rugged and reliable.
Photos courtesy of Trimble.

Based in Kaysville, Utah, Rock Structures Utility and Excavating employs between four and seven full-time crew members. The company specializes in excavation for new residential homes and underground utility work, and recently installed all of the utility lines and infrastructure for 65 residential lots in northern Utah.

Rock Structures’ traditional process for digging out basements and installing utilities was to have one on-site crew member, sometimes two, in addition to the excavator operator. Together they would install the site utilities, including the water, sewer and the land drain line. Once complete, the excavator operator would excavate the basement according to the design and, if necessary, would place structural import fill as needed, relying on a grade checker to check elevations and to reach grade within the allowed tolerances. 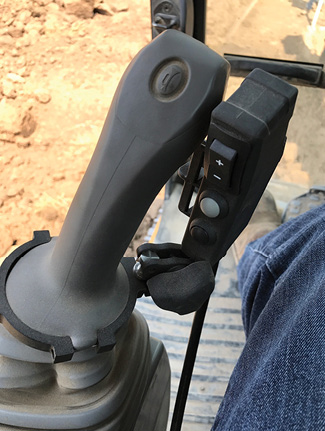 A graphical display in the operator’s cab shows guidance to grade.

After speaking with the team at SITECH Intermountain about machine control options, Ryan Goodfellow, owner and operator of Rock Structures, decided to try out the Trimble® GCSFlex™ System to make the process more efficient. The  GCSFlex system is a cost-effective and highly accurate machine control system that is simple to install, rugged and reliable, and includes a graphical display that goes in the operator’s cab to show guidance to grade.

Goodfellow installed it on one of his 210G John Deere excavators. “When we tried the GCSFlex system, after the first basement, I realized that I really didn’t have to have a grade checker in the hole,” he said. “I could send him to go do a different excavation job or do a concrete prep job or do a final grade. For me and my customers, it made a lot of sense to buy the system to get more done and, ultimately, be more efficient and more profitable.”

After several months of using GCSFlex, Goodfellow attended an industry trade show and started hearing buzz about the Trimble Earthworks Grade Control Platform. The industry’s first integrated 3D aftermarket grade control system with excavator automatics capabilities, Trimble Earthworks features a unique “autos” feature where the excavator works semi-automatically, allowing operators to create smooth, flat or sloped surfaces more easily. The platform automatically controls the boom and bucket according to the digital design. From there, the operator controls the stick, and the system prevents the machine from undercutting or overcutting. 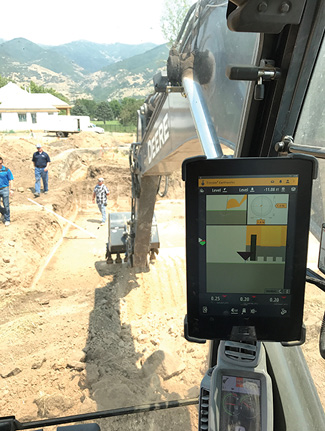 Goodfellow worked with SITECH Intermountain to try out Trimble Earthworks, keeping the GCSFlex system on his other John Deere 210G excavator. SITECH set up the system on his excavator and began with some simple instruction. Goodfellow liked the large, touch-screen display and likened the system to having a grade checker with him right in the cab. He was eager to use the system to dig out residential utilities, entering the exact slope as needed. Using Trimble Earthworks, he found he could install a four-inch lateral line at two percent slope automatically and directly from the display.

“The system worked great from the first day of our first dig,” said Goodfellow. “I was doing a utility line and realized that I could dial it into whatever percentage of slope I wanted, whether it was one percent, five percent or something more atypical. With automatics, I didn’t have to worry because I couldn’t overcut, and my grades were right there. We double-checked it with a level and it came back showing us the same as what we were putting in.” 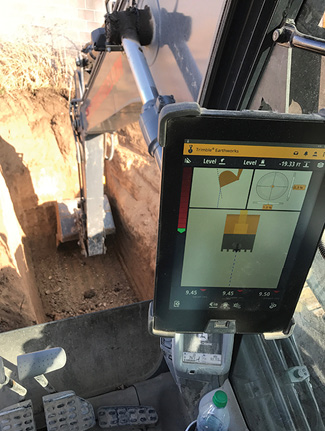 The platform automatically controls the boom and bucket according to the digital design.

After that, Goodfellow started experimenting with the technology to lay out pipes and utility trenches. He realized after a few practice runs — and double-checking grade — that he could hit the correct grade much more quickly using the system’s automatics functionality. He estimated that the automatics feature helped him excavate 40 to 50 percent faster compared to traditional methods. He also said he could pull grade from start to finish within about 3/10 of an inch because his grade is much tighter throughout the stroke. He added that, when backfilling around the pipes, he can accurately place gravel and grade to the minimum 2 percent slope, which is required by city code and helps prevent damage or displacement of the pipe.

“Before Earthworks, we used to go through about a dump-truck-load of gravel per basement because of the over-excavation of the utility trenches,” said Goodfellow. “After using Earthworks, we started going through approximately half a load of gravel for each basement because I can set the elevation right from the cab and we excavate to the lines and grades shown on the plan first.” Since his team digs two or three basements a week on average, a significant savings is achieved. “A load runs about $350, and that same load can be used for two basements, so that’s roughly a 50 percent increase in profit margin we’re able to come up with right there,” he said, estimating that this alone saves him upward of $1,500 each month. 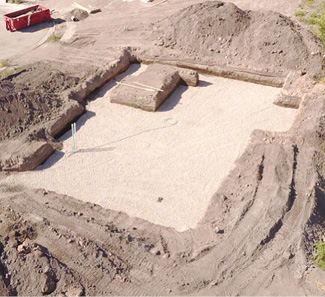 Since adopting machine control, Rock Structures has increased excavating production on basement jobs by 50 percent. And, because crew members can take on more jobs and can work more proficiently and with greater grade accuracy, contractors and other customers are starting to take notice.

“On top of our production, I think our attention to detail has improved overall,” said Goodfellow. “Having Trimble Earthworks really helps us be more accurate because it allows us to get our dirt grades closer. When we can use less gravel, that equates to less concrete for the foundation guys and down the line. Contractors are all about keeping their costs down, so if we can help them do that, other contractors and our customers will really like working with us.” UP

The Author: Jon McKendry is segment manager of machine control for Trimble’s Civil Engineering and Construction Division. He can be reached at jon_mckendry@trimble.com.