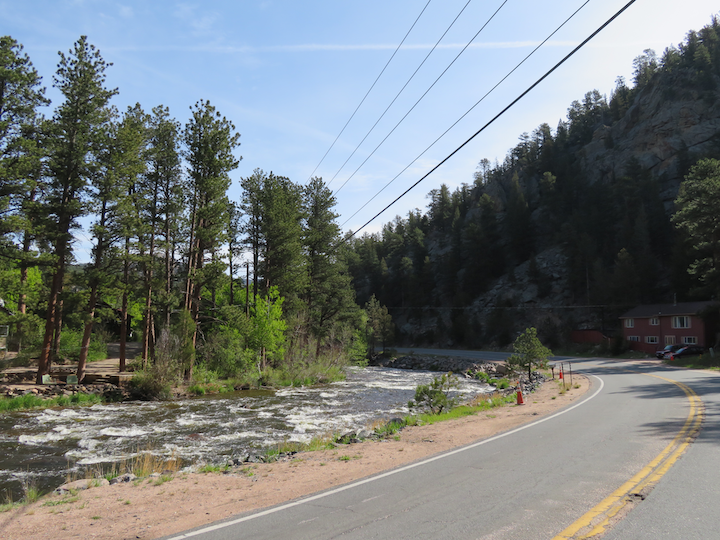 The town of Estes Park, Colo., is situated at the eastern entrance to Rocky Mountain National Park.

With approximately 6,200 residents, Estes Park, Colo., is 70 miles northwest of Denver at the eastern entrance to Rocky Mountain National Park. The picturesque town wanted to bring broadband internet service to its residents but had no providers willing to do the work. The goal was to have a minimum of one-gigabyte high-speed internet service for each subscriber. Due to the amount of fiber optic cable that would be needed and the rugged, mountainous terrain, independent companies saw it as a high-cost, low-return-on-investment operation. 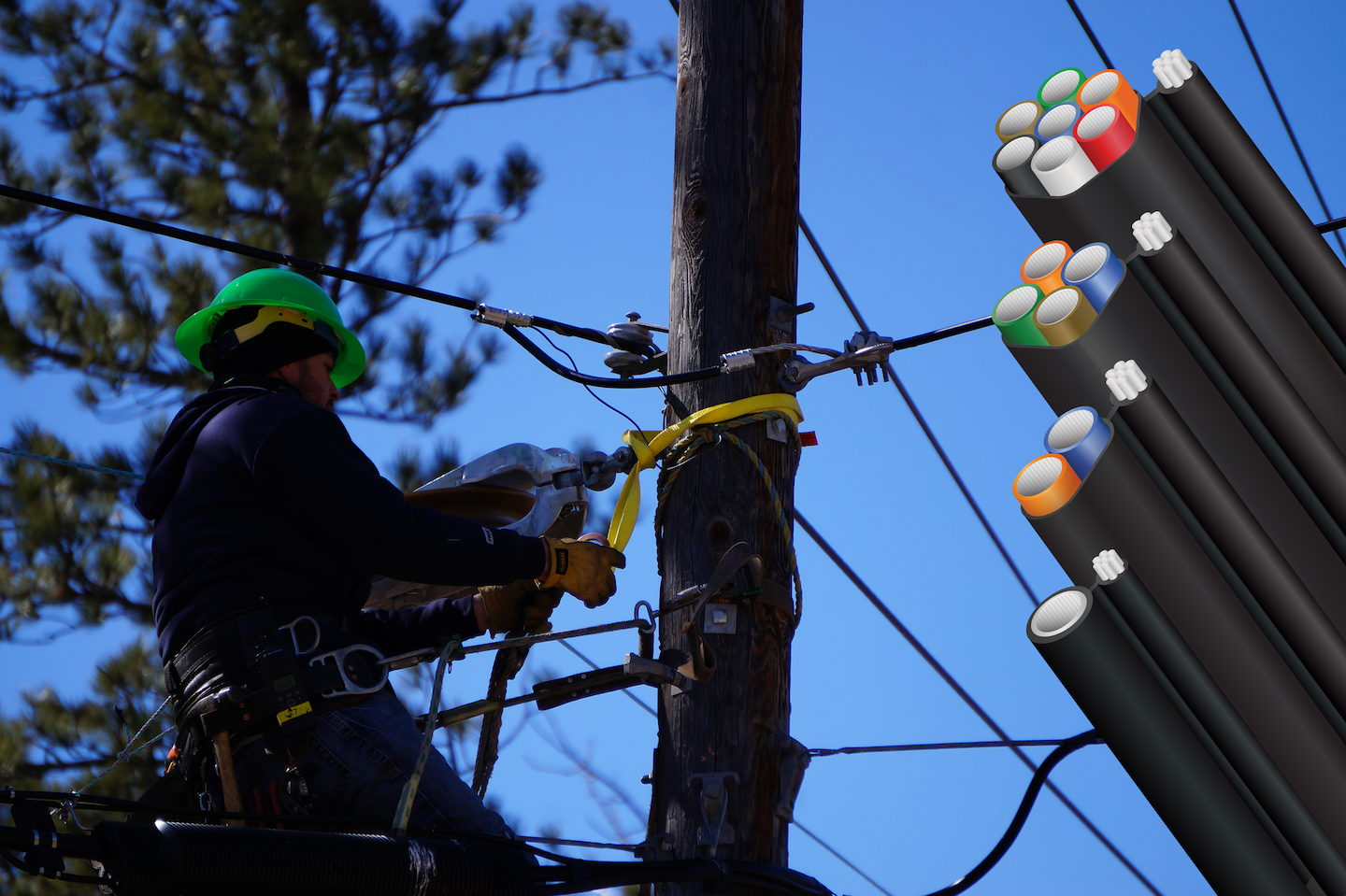 Instead, the local, municipality-owned Estes Park Light and Power took charge of the job. The utility workers’ knowledge of the rugged terrain was a plus, and workers knew they could use existing utility poles to install the new fiber optic cable. On March 12, 2019, the town board unanimously approved the plan to proceed, renaming the utility to Estes Park Power & Communications.

“We are in the Rocky Mountains and a lot of our poles are still being climbed,” explained Joe Lockhart, line superintendent for Estes Park Power & Communications. “We only have 40 percent access. We just can’t get to them with a bucket truck because they are up on the side of a mountain.”

Lockhart said they spent a year investigating options to install a network solution that would save on cost and man-hours. Traditionally, strand and lash techniques are used to mount aerial cables.

“A cable company will put a steel guide support wire in place and then come back and install fiber optic cables,” he said. “Then, come back with a machine that connects the fiber to the steel wire — that’s three things being done. That support wire might be a cheap product to buy but the hours add up.”

“The main reason we selected it was because there are seven pathways inside of one conduit. Instead of us spending a lot of man-hours to run fiber from pole to pole, this is a much better option. With one duct bank in the air, it is faster and easier to push fiber through,” Lockhart said. “If you have FuturePath, you only spend time once to put it in the air and then you just go to a vault and push the fiber with compressed air.”

Lockhart estimated that the traditional cost of installation with a contractor would have been $18 a foot but the in-house cost was closer to $7 a foot. 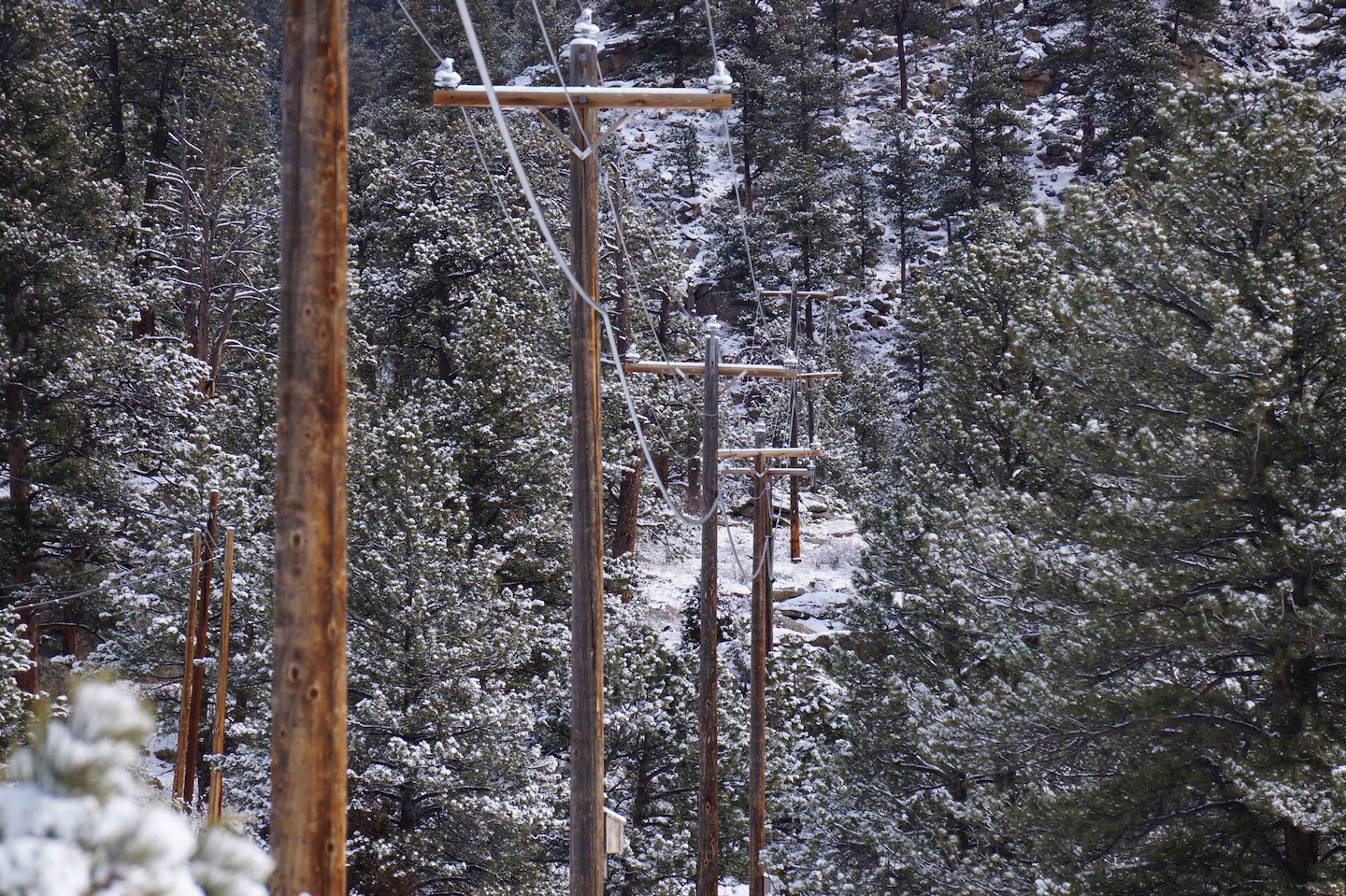 Due to the rugged terrain, only 40 percent of the area’s utility poles are accessible.“If we can save $3 or $4 million on man-hours, that’s a big deal,” he said. “Plus, it’s not just the installation, there’s also the cost of maintaining the overhead runs. So, we are saving in the long term also.”

The service area includes more than 300 square miles stretching from Glen Haven through Estes Park, Pole Hill, and down Highway 7 to Allenspark. The estimated cost to install the system is $30 million. More than 70,000 feet of conduit will be used to house the fiber optic cable. Service to the first areas is expected to begin in late 2019.

Safety is also a priority. When linemen are working at the poles, the fewer things they have to climb over, the better, Lockhart said

“Another great thing about the self-supporting aerial product is that it cleans up the pole. There’s only one line of conduit, not six or seven. That really helps our line crew,” he added.

Dura-Line’s FuturePath Figure-8 Aerial Self-Support is a configuration of micro ducts with seven tubes inside the oversheath along with a one-quarter-inch galvanized steel strand attached. Delivered to the job site on 2,500-foot reels, it is attached to the poles using the serpentine clamp. A traditional strand and lash technique can also be used, according to the company.

Generally, poles are placed 150 to 200 feet apart and the tension on the line is between 1,500 and 2,500 pounds. The conduit has been tested to support up to 6,500 pounds of linear tension. This includes accounting for rain, wind, and ice loading as well as a certain amount of sag between poles.

“This project is an excellent example of advanced plastic pipe technology being used to solve a problem and enable a community to have high-speed communications,” stated Tony Radoszewski, CAE, president of the Plastics Pipe Institute Inc. (PPI). “When 95 percent of a city is aerial, typically there hasn’t been another option other than to use strand and lash. This innovative product by Dura-Line allows customers to use existing poles to get fiber to their communities and still have pathways for the future.”

PPI is the major North American trade association representing all segments of the plastic pipe industry. The Estes Park undertaking won the 2019 Project of the Year award for PPI’s Power and Communications Division. 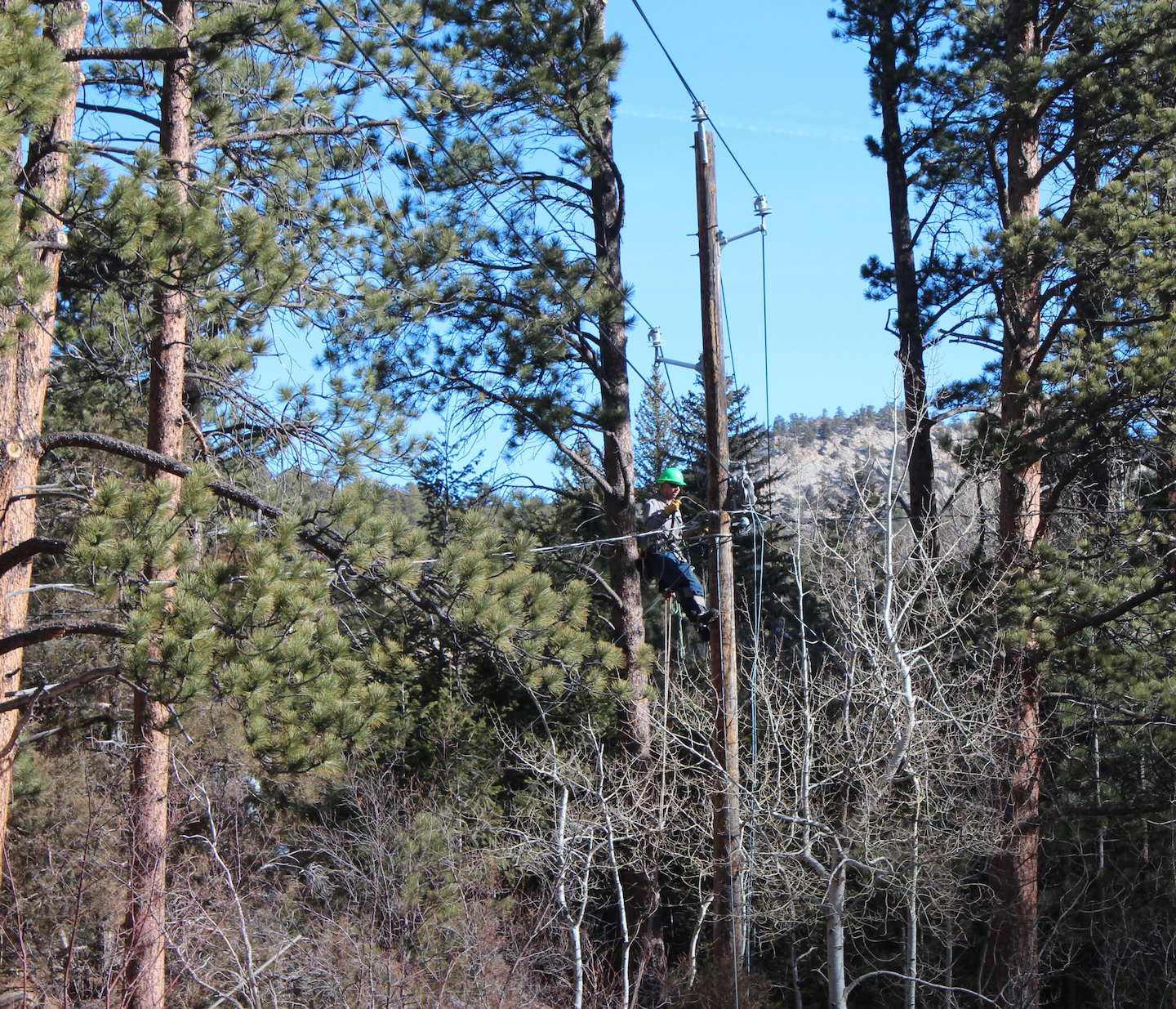 The Estes Park undertaking won the 2019 Project of the Year award for PPI’s Power and Communications Division.

“There has been continued growth in this market,” said Lance MacNevin, P.Eng., director of engineering for PPI’s Power & Communications Division. “So much so, that we designed a Continuing Education Unit-style course about design, installation and specification of high-density polyethylene (HDPE) conduit and duct.1 Innovations like FuturePath help the expansion of fiber optic networks in rural areas, and the ambition of the town’s own utility to take on this project is impressive.”

HDPE conduit, also known as PE conduit, is the preferred material to house and protect electrical power and communications cables in typical applications such as fiber optic, power utilities, telecommunications, CATV, SCADA, FTTH, ITS, highway lighting, and other underground utilities. Benefits of HDPE conduit, according to PPI, include availability in long lengths without joints, high strength, flexibility, proven reliability and installation toughness.

FuturePath Figure-8 can be installed in one action, avoiding the three-step process of placing the strand, pulling the conduit, and then lashing the bundle to the strand. The strong webbing, which attaches the FuturePath to the strand, can be easily separated by common duct slitting tools. The strand is then attached using industry-standard pole line hardware.

“There’s no additional traffic control, we’re not disturbing people’s landscaping, and this is several thousands of dollars cheaper. If we can save money, then that’s what we are trying to do,” Lockhart said. “Not everyone loves government, but we want them to at least like the power and communications company.” UP

The Author: Steve Cooper has investigated and reported on a variety of telecommunications, conduit and gas pipeline projects for several decades. Based in New York, he has traveled extensively to conduct on-site news interviews with professional engineers, contractors, government officials and representatives of major companies supplying the industry. Email him at steve@scacommunications.com.

1. Selecting and Specifying HDPE Conduit for Power and Communications Applications can be downloaded free from the PPI website.