To 5G and Beyond

As the era of 5G arrives, the field of telecommunications is about to become even more dazzling, dramatically impacting every aspect of people’s lives, from autonomous cars to smart communities and far-reaching Internet of Thigs (IoT). However, with the rollout currently underway, many contractors and telecom operators are discovering a significant challenge with existing underground infrastructure, as well as potential obstacles for installing new fiber optic cable, the backbone of 5G and beyond.

As a result, gyroscope-based 3D mapping tools are beginning to play a critical role in telecom infrastructure, enabling operators to digitally track assets as well as ensure that installations are not inadvertently compromised.

Electric utilities are also finding gyroscopic tools are helping solve a very similar problem. While “call before you dig” prevents millions of dollars a year in accidental damage, the practice actually only supplies a general area or “guesstimate” where cables are buried below. Depending on the age of records and local jurisdiction, this may be off the center line by as much as 10 feet.

For telecoms utilities, the challenge is twofold. First, due to a much greater fiber count, the physical makeup of fiber optic cabling for 5G is not only considerably heftier — with a much larger outside diameter than 4G — but in many cases, it is also less flexible. Second, the duct through which the fiber must run is often installed in highly congested underground areas competing for space in a tangled web of utility infrastructure. This is where telecom, electricity, gas, water, and cable TV grids all compete for space with drainage, mass transit, and other networks. 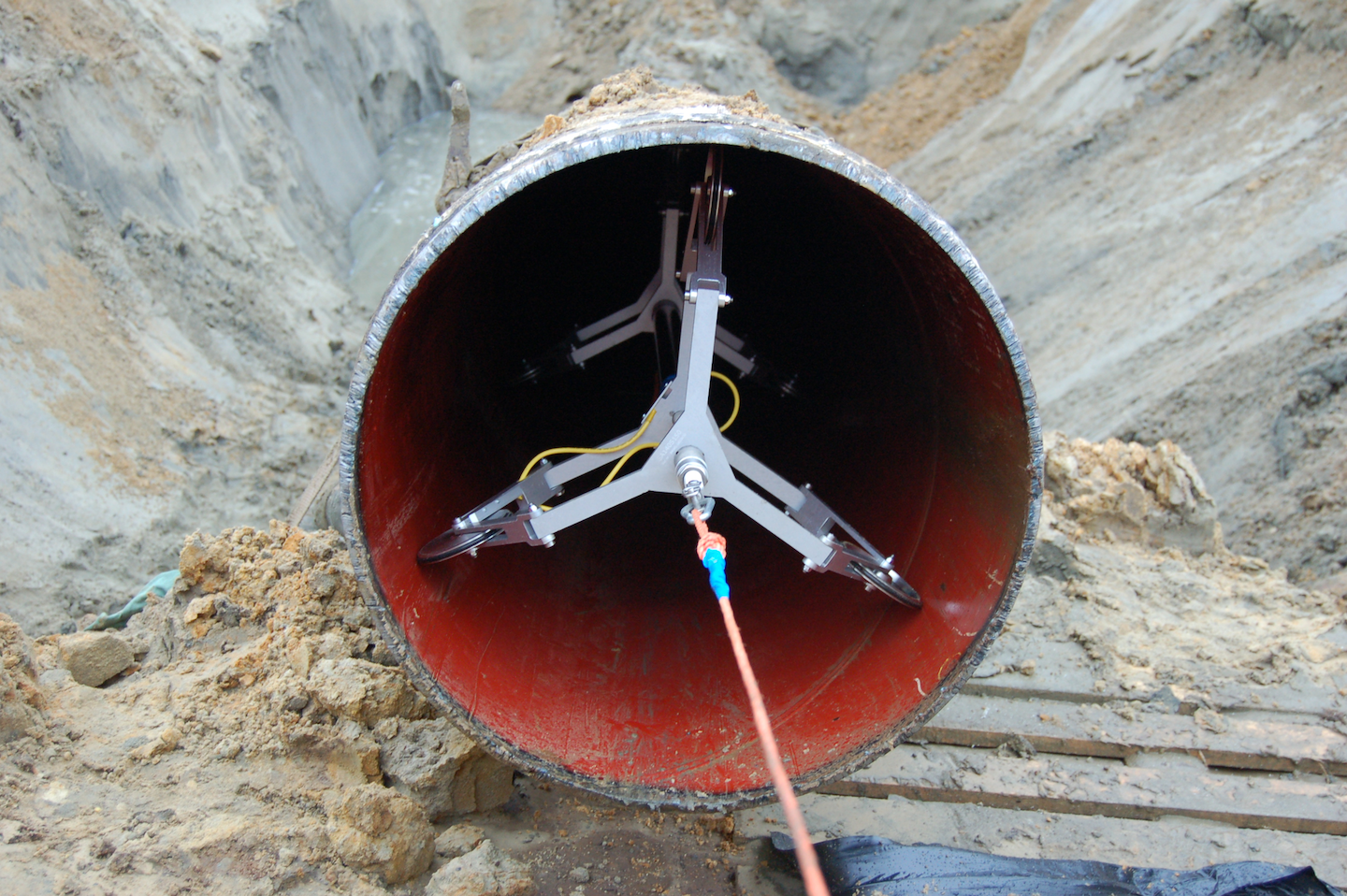 5G cabling has a much larger outside diameter than 4G and is also less flexible, making installation particularly difficult in some areas.As a result of these and other natural obstructions, contractors are often forced to maneuver the ductwork to avoid existing barriers. Such maneuvers sometimes result in unexpected turns or bends that compromise minimum “bend radius” specifications mandated by the cable manufacturer, which can cause breakage and ultimate failure of large quantities of fiber during installation. Additionally, these manipulations with the path of cable ductwork can leave assets that are not properly mapped more vulnerable to accidental damage.

It is not only new construction that is an issue. Many plans for installing 5G cable include utilizing what is known as empty or “dark” HDPE ducts that were previously installed with earlier cable installations to allow for future growth. Yet, not many telecom experts were able to foresee the potential shortcomings of these pre-installed ducts. With the smaller 4G and earlier cable generations, the fibers within were able to withstand the tighter bends. Installing 5G cable in many of these same areas has become an unforeseen risk.

“Looking back on the emergence of 4G, who could have envisioned five years ago that the increase of fiber count for 5G would double or triple, with a range of 1,700 to nearly 7,000 fiber strands in a single cable resulting in a fill ratio in excess of 80 percent,” said Santosh Saride, a market analyst with Condux International.

Based in Mankato, Minn., Condux is a major supplier of equipment used to install fiber optic cables and has found that utilizing advanced duct mapping technology is saving telecoms significant time and money during the ramp-up to 5G. 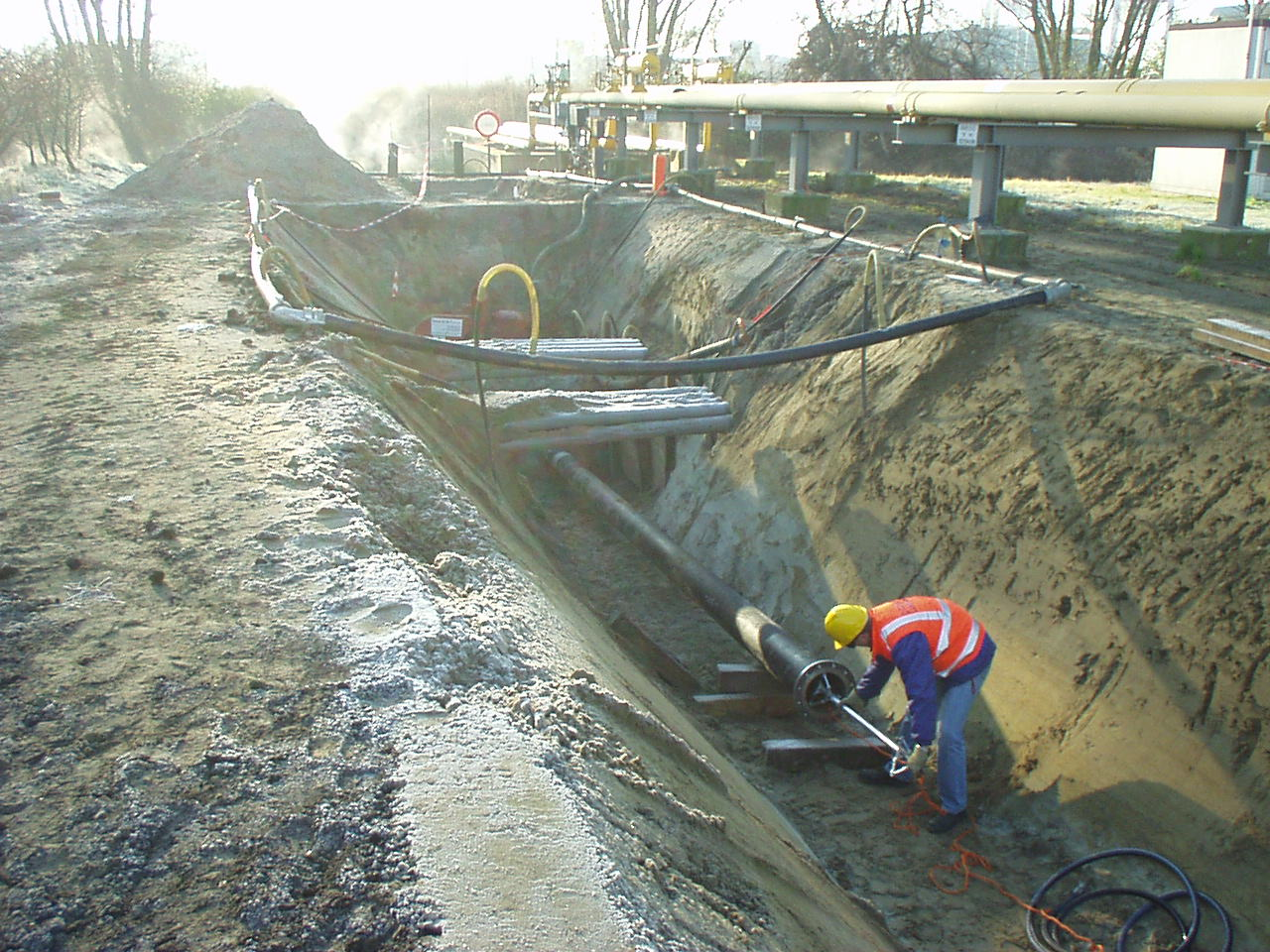 “Proper mapping of the duct in both new and previously installed ductwork promises to expedite the installation of fiber optic cable for 5G and beyond, as well as reduce future downtime due to improperly mapped ducts,” Saride added.

The fact is, many, if not most, telecom operators do not have precise maps of their underground assets. Even for those who have invested in geographic information systems (GIS) to store network-related data, the quality of the three-dimensional (XYZ) data provided from most standard GIS platforms is often inaccurate or inadequate. This is largely due to factors such as: unknown depth; references to aging or no longer existing aboveground landmarks; analog data references; and the inability to map infrastructure installed by means of trenchless methods, such as river crossings or underneath buildings.

Alternative techniques such as ground-penetrating radar and beacon-based systems are unreliable or impractical because these systems are difficult to use and don’t get the exact measurement of the pipe’s center line. Moreover, beacon-based systems can measure to a limited depth and are highly susceptible to electromagnetic interference, rendering them virtually useless in densely piped areas or near railways and power lines.

Gyroscopic-based 3D mapping systems, however, are solving the underground duct mapping problem, delivering reliable XYZ data as well as the center line of the duct or pipe. The technology, which has been proven through years of mapping underground water infrastructure and pipelines, is now being applied to both existing and new ductwork within the telecom market.

Condux International, a U.S. based company that has spent decades providing tooling for blowing and pulling fiber through ductwork, has started providing gyroscopic-based 3D mapping technology that allows customers to ensure successful installations of pipelines and ducts — including those for fiber optic cable. 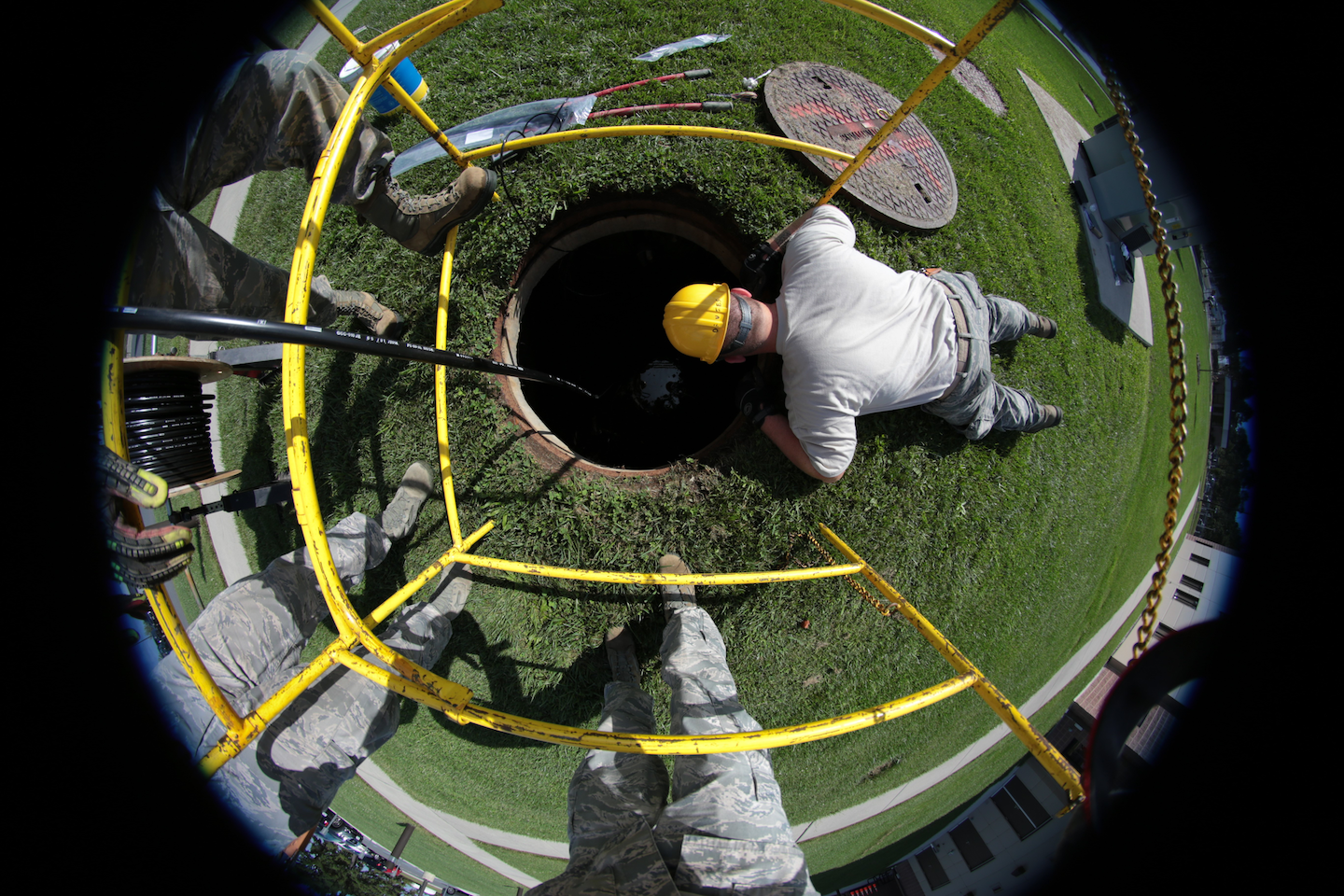 Many plans for installing 5G cable include utilizing what is known as empty or “dark” HDPE ducts.“The gyro-based tools can precisely map the duct or pipeline through miles of dense infrastructure, accurately locating irregularities in ductwork and providing data on bend radius and other deviations that can interfere with the transmission of fiber optic signals, often robbing a 5G cable of up to 40 percent or more of its transmission capabilities,” said Saride.

Precise mapping of underground cable ducting is now possible through the use of inertial guidance technology that incorporates the exacting 3D instrumentation, including gyroscopes, accelerometers, and magneto­meters. Incorporated into an innovative tool that travels through the cable ducts, it can precisely map the path from end to end, including bends, undulations and other deviations that may have been required to route the duct through the congested maze of existing underground infrastructure.

Knowing the extent of those deviations, particularly bends, can be critical to understanding the true capacity of the ducts to successfully accommodate the bulkier super-high-bandwidth fiber cable. This is because the radius of every bend in an underground duct can adversely affect the ability of the 5G-or-higher cable to perform according to cable manufacturers’ specifications. 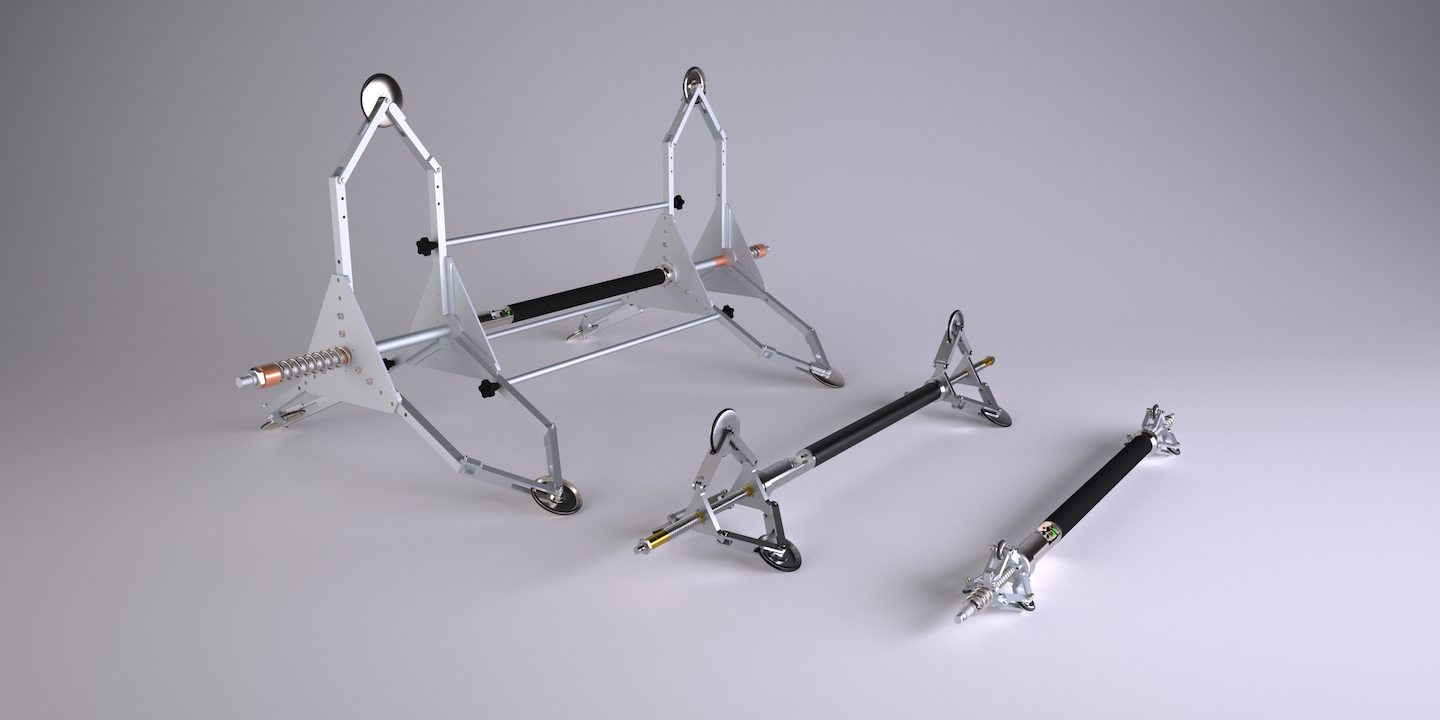 Constructed with military grade hardware, the unit features centralizing rings that support a body containing a mapping instrument. The 3D gyro-tool is articulated, enabling it to pivot through various bends, bumps and turns that typically occur in telecom ducts. It also features an easily accessible data port for uploading data to a GIS file via laptop or notebook computer.

Some gyro-mapping systems are now available in extremely compact sizes, ranging from the world’s smallest gyro-based mapping probe (duct range 40-75 mm) to larger models with operational ranges for pipelines 3.5” and larger. UP

The Author: Clay Harris is marketing and sales director at Condux International. He is an expert with more than 25 years of experience in fiber optic cabling installations. To learn more, visit www.condux.com.