Taking time off for oneself is essential in this line of work and when you start resenting the family cat, you know it’s time for a break. 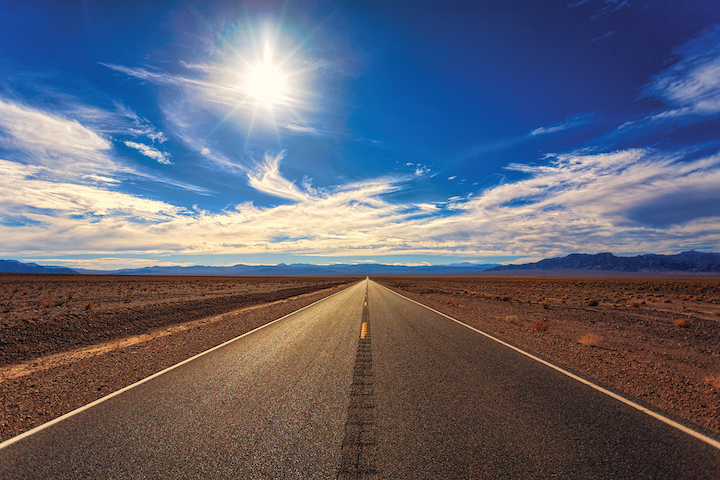 Vacations are a necessity. Type the phrase “mental wellness” into your favorite search engine and you’ll find a compiled list of blog posts and journal entries about the importance of taking time for oneself. Linemen are no exception, and although the combination of a never-ending workflow and most linemen’s “can do attitude” mean that we sometimes forget to take breaks, we need them just the same.

I’m going to go out on a limb and say that a journeyman lineman has one of the most stressful jobs there is. Easy for me to say; it’s all I know. But you’d be hard-pressed to find a job that poses more stress in all the ways that we measure stress. It’s physically demanding and mentally taxing. Tack on the ridiculous amount of overtime that most linemen work and you’ll start to understand why the average 30-year-old journeyman has the temperament of a 70-year-old. We’re overworked and with the demand for qualified linemen increasing every day, we’re going to stay overworked for the foreseeable future.

I live in the southwestern United States and it gets brutally hot in the summer. So hot that between the months of May and August, the tread of my tires fills up with gooey pieces of asphalt as the midday sun does its best to turn the street into soup. The temperature stays at 100 degrees until just before sundown and I’ve started leaving plastic Solo cups in my personal truck while I’m at work just to see if they melt. (If it’s over 105 degrees, they melt every time, in case you were wondering.)

But it’s not just the roads and plastic dinnerware that bear brunt of the unsympathetic heat. It seems like I have changed out more transformers in the last couple of months than at any other point in my career. Now, changing out an overloaded transformer that can’t take the combination of homeowners’ air conditioners mixed with a seemingly endless string of triple-digit afternoons is nothing new, but this summer has been particularly relentless. Most days I get home just long enough to hop in the shower to cool off when my phone rings and dispatch tells me we’ve got another blown transformer fuse.

We take a vacation as a family every year. I usually push for it to be in the summer for the obvious reason that the kids are out of school but also because I enjoy getting away from work for at least a week during the hottest part of the year. However, for whatever reason, this summer we didn’t plan one. It’s probably due to the fact that my daughters have been really busy with their extracurriculars, and we just haven’t had a chance to plan a family getaway. I guess I got so caught up in the heat and the never-ending flow of callouts that I didn’t take notice of just how badly I needed some time off. It was my ever-perceptive wife who brought to my attention that perhaps it was time to get away for a few days.

You see, my daughters have had a cat for about two years now. I’ve always been more of a dog person, but the girls had been asking for a cat and had even gone as far as checking out books from the library about how to care for one. My wife, unable to resist the adorable gesture, quickly jumped on the bandwagon and before I could drum up a decent argument against getting a cat, we were down at the animal shelter picking out our newest family member.

He was a cute kitten, I’ll give him that, but to this day the only things I enjoy about him are how terrified he is of my stuffed deer hanging on the wall and how annoyed he gets when my daughters turn our living room couch into Pride Rock and reenact the opening scene to The Lion King. (You know the one; I bet you’re singing to yourself in Zulu right now.)

Anyway, now that you’re caught up on how the cat came to be in our house, you’ll be able to understand how my wife arrived at the realization that we needed to go on vacation. I had just gotten home one evening after another 14-hour day in the 100-degree heat. I was walking down the hallway toward the kitchen to empty the day’s contents of my lunch box when I noticed the cat sprawled across our living room couch. I stopped and looked at him. He opened his eyes and yawned. We stared at each other for a good while, when my wife, watching me from our dining room table, noticed.

“Why are you staring at the cat?” she asked.

“You know, that son of a b**** has never been hot,” I said. “He’s never been cold either. Since the day we brought him home, he’s been a comfortable 70 degrees. I go to work every day and I sweat, and I bust my butt. I work like a dog and the cat just lays there all day, living like a king. You’d think he’d be a little more appreciative.”

“Honey? You need to take some time off from work,” she said; and I’d have to agree with her.

I’m not sure where we’ll go, but I’m hopeful that by the time you read this, I will have had my “me” time and the cat will have learned some respect.