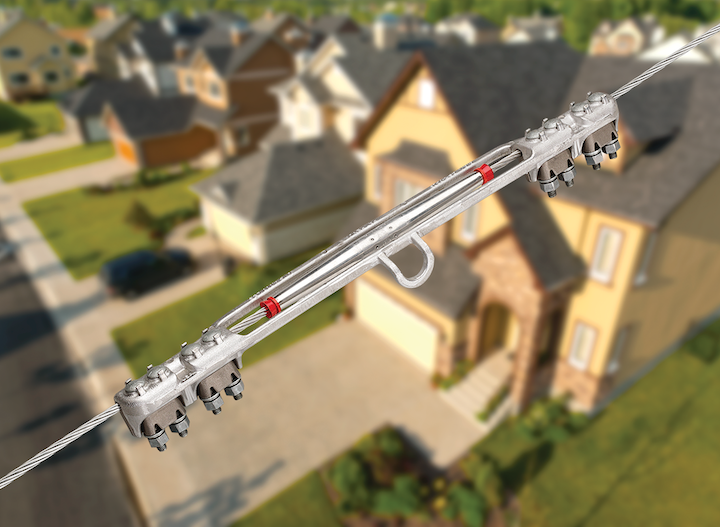 There are three basic types of maintenance: preventive, corrective, and predictive. Most people would agree that of those three options, corrective is almost always the most expensive. This makes logical sense considering the definition of corrective maintenance (CM) is to “repair or replace after wear, malfunction, or break down.” It’s unusual to spend less money repairing or replacing something after it malfunctions or breaks as opposed to preventing it from breaking or failing in the first place; hence the old adage and this article’s theme: An ounce of prevention is worth much more than a pound of cure.

The main goal behind preventive maintenance (PM) is for the equipment to make it from one planned service to the next without any failures caused by fatigue, neglect, or normal wear. Regular PM also allows workers to record equipment deterioration so they know to replace or repair worn or degraded components before they cause system failure. PM costs are generally fixed, whereas improper maintenance introduces a variable cost: replacement of major equipment or safety issues.

Imagine what bridges, highways, and roads would be like if they were maintained using only the CM method. And what if we practiced CM with our automobiles, specifically, brakes and tires?

These are just a few examples of why the practice of CM is usually not recommended, especially when safety is a concern. The same holds true with overhead power lines. Nonetheless, I’ve heard some linemen say, “If they’re on the ground, we just put them back up.” Obviously, this is not true for most electric utilities, but some utilities still routinely practice CM when it comes to overhead power lines and other assets.

The main objectives of PM are to:

• Minimize loss due to equipment failures

In a distribution system, the cost, safety, and reliability effects for many components are small enough that it is more economical to run them to failure. These

With EMS, splices, dead ends and suspension clamps are permanently repaired with no power interruption. include capacitors, secondary cables, distribution transformers, lightning arresters (other than in stations), pole top hardware, batteries, and fuses. However, when it comes to wire-down prevention, run-to-failure is not a cost-effective maintenance practice.

The fact that a majority of overhead power lines are designed with a life span of 40–50 years means that there are many years of required, reliable upkeep, which can become costly, particularly if only CM methods are employed. In many cases, life extension well beyond the original design life is achievable when certain steps are taken.

The weakest link in any overhead system will always be connection points, such as dead ends, suspension clamps, and splices. Conductors and well-maintained towers will always outlast the connectors.

Even though some connectors fail due to mechanical stress, electrical failures appear to be more commonly reported. In these situations, the connector resistance increases over time to a high enough value that a rapid deterioration of the connector occurs, resulting in catastrophic failure due to electric overheating if no intervention is made.

The cause of an increase in electrical resistance is usually a combination of several factors:

• High initial resistance due to improper assembly/installation or defective materials

• Degradation of electrical interfaces in the connector through thermal cycling

• Oxidation of electrical interfaces due to contaminants and environmental effects

Four established and widely-used inspection methods are prevalent: visual inspection, infrared (IR) temperature measurements, resistance measurements, and radiographic inspection. In the last decade or so a multitude of new and more cost-effective methods for conducting these inspections has been introduced, such as unmanned aerial vehicles (UAVs) and robots.

In a typical inspection protocol, the utility either hires an outside contractor to perform the inspections or they assign their own personnel to accomplish the task. In either case, except for general visual inspections, specific equipment would be involved and, depending on which method is used, a high cost and a considerable amount of time are usually associated with the overall inspection process.

Of course, with each inspection method, there’s a certain level of expertise involved on the part of the operator or technician, as well as varying degrees of success with the procedure or technology being used. Some inspection methods tend to produce more accurate results than others. For instance, IR is one of the most cost-effective and common forms of overhead line inspection, but ambient temperature, line load, wind and sunlight can all affect the results.

In addition to the physical inspection process, there is also the analysis of the inspection data. This requires a thorough review of the data collected, which can then be used to develop an action plan. These plans are usually categorized using a criticality level:

• Level 3: Moderate risk – Actions need to be taken within a moderate time frame

• Level 2: Low risk – Actions need to be taken within a long time frame

• Level 1: Very low risk – Actions can be performed within a very long time frame. Not urgent.

Obviously, the next steps are to plan and schedule the work to coincide with the inspection findings and data analysis. Quite often, this involves management direction, budgets and other strategic factors.

After assessing PM options and the entire inspection process, it’s easy to conclude that it’s a very costly and time-consuming endeavor. It’s no wonder that many utilities defer some maintenance activities in favor of capital expenditure projects that can often improve the bottom line.

Fortunately, there are some cost-effective PM options that can reduce overall maintenance costs and even defer maintenance or replacement while at the same time extending the life of overhead lines. Some of these options have only been available for the last decade or so and therefore it’s possible that asset managers and other decision makers may not be aware of them.

One example is the use of electrical/mechanical shunts (EMS) on overhead connectors and damaged conductors. First introduced in 2008, with hundreds of thousands now installed, these devices extend line life while improving public safety.

In fact, after last year’s destructive wildfires that devastated California, thousands of these types of shunts, under the trade name ClampStar®, were installed in that state as a means to harden the grid for wildfire mitigation purposes.

Some experts argue that utilities could eliminate a large portion of the overhead connector inspection process and, at the same time and at lower cost, provide a life extension solution and increase public safety just by installing EMS on all overhead connectors. This provides an added benefit of qualifying as a capital expense project.

Since connectors are the weakest link in the system, it only makes sense to protect them. Correcting automatic splices or any overhead connectors with EMS is faster, much less expensive, and results in a connection of significantly higher integrity than even that of an original, properly installed connector. The installation can be performed without a power interruption, and the result is a thermally uprated connection and a visible indication that steps have been taken to protect the general public against the possibility of yet another power line on the ground that occurred as the result of a failed connector.

Because of the positive engagement of the EMS with the conductor, there is no “wiggle room” as with other repair type devices. Helical type devices, commonly called patch rods, loosely engage conductor strands and allow them to slip slightly under varying degrees of tension. This contributes to a creep factor over time, allowing tension to vary on the original connector, which can result in it working out of the original connector.

The positive engagement of EMS does not allow for this, operating exactly like a bolted dead end, such as an inline shoe-type dead end or quadrant clamp.

When selecting the correct EMS for your application, it is important to choose only those units that meet ANSI C119.4 Class AA, extra heavy duty for restoring both electrical and mechanical integrity on weathered conductors.

PM practices along with the installation of engineered EMS shunts improve safety and prevent unplanned outages. EMS are the industry’s only permanent life extension solution for virtually all overhead conductors.

With EMS, splices, dead ends and suspension clamps are permanently repaired with no power interruption; connector replacement is no longer necessary. They easily install in a few minutes, over the existing connector. No mechanical grips, come-alongs, jumper cables or cutters are needed. EMS also increases ampacity, allowing for system up-rates, and is significantly safer than traditional splice replacements.

Increasing power flows on some of the oldest lower-voltage circuits, especially during emergencies, has put significant pressure on a power grid that was built mainly to serve local markets. EMS are necessary to help bring the power grid up to a level of acceptable physical soundness and reliability. UP

The Author: Chris Costanzo is director of marketing and communication at Classic Connectors USA LLC. To learn more, visit www.classicconnectors.com.