Ameren’s Rush Island generating station’s use of retrofitted transformers offers insights for any plant that seeks to increase capacity on a budget. 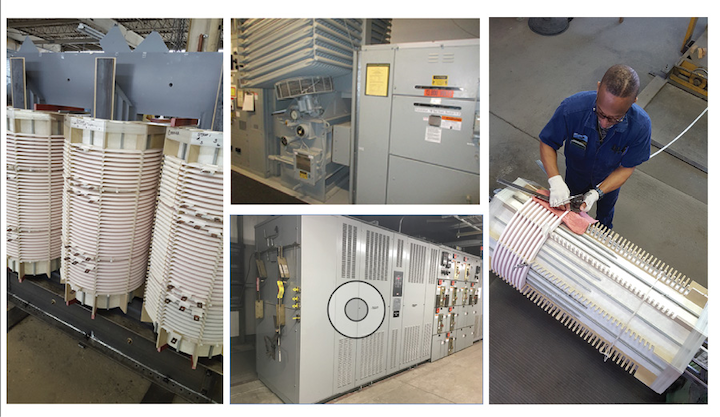 Ameren Rush Island generating station’s use of retrofitted transformers offers insights for any plant that seeks to increase capacity on a budget.

When the call comes from upper management to produce more energy, a plant manager faces the challenge of upgrading the infrastructure—and upgraded power transformers often represent the biggest ticket item.

Adding to the expense are change-outs that usually require completely reworking the connections to and from the transformer. When spatial constraints that require rebuilding a new enclosure or pad mount are factored in, the prospect of increasing capacity can explode into a budget-busting endeavor.

In response, many plant managers are discovering the advantages of new retrofit transformers. These fully customized power transformers provide the benefits of increased power capacity while duplicating the form and fit of the originals. The option of a perfectly matched, plug-and-play transformer holds the potential for capacity upgrades that meet regulations, timelines and budgets. 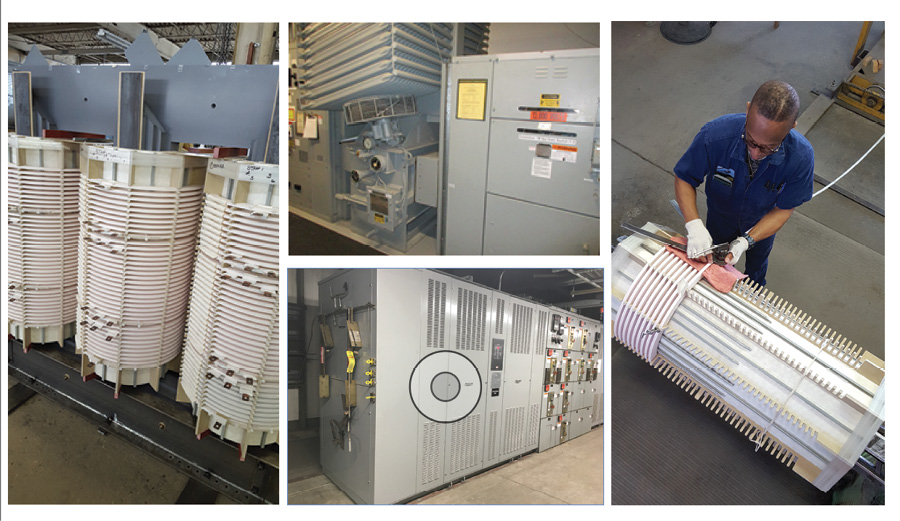 The experience of one major power utility demonstrates that plant managers can successfully balance the demand for upgrades against the cost constraints set by the controller by retrofitting.

Saving Money in the “Show Me” State

Since “first fire” more than 40 years ago, management at Ameren Missouri’s Rush Island Energy Center in Festus, Missouri, has run a tight ship. The plant’s two coal-fired generating units have often scored one and two in the nation for the lowest NOx produced by units without selective catalytic reduction, while producing 1,242 megawatts of electricity.

Here, the impetus for transformer upgrade stemmed from a larger project that required more power for added in-house load.

“We were upgrading our bottom ash system, changing from a wet sluicing system with bottom-ash clinker grinders to a submerged flight conveyor, and the existing auxiliary boiler stood in the way of the conveyor,” said Herb Fischer, consulting engineer, Rush Island Technical Support. “So, we demolished the old aux’ boiler and put in a new one.”

The jump from 75 horsepower to 250 horsepower needed for the forced draft fan on that boiler drove the need for the larger transformers. The load study called for upgrading the supply transformers from 1,000 kVA to 1,300 kVA.

Ordering bigger transformers with larger secondary windings would seem simple enough, except that Fischer and his team faced the difficulty of having to fit the new transformers into an existing cabinet with no leeway for extra girth. Rebuilding the enclosure and reworking the terminations would have pushed back the project deadline and led to a large cost overrun.

“There were several components involved in making a decision for the replacements, and cost and fit were high on the list,” Fischer said. “For those reasons, we had to have a supplier that could handle this type of custom work, and having used ELSCO Transformers before we figured that was the route to go. They built a number of units for us that continue to operate in our boiler circulation pump application.”

Founded in 1912 by former Westinghouse engineers, ELSCO specializes in providing new, repaired and rebuilt transformers with ratings ranging from 500 kVA through 3,750 kVA in 2.5kV, 5kV and 15kV primary voltages, including both liquid-filled and dry-type models.

The project took place at a double-ended unit substation within the energy center and only four days were allotted for the complete removal of the old transformers and the installation of the two 6,900V to 480V replacements.

“The enclosure was going to stay so the dimensions had to fit and the transformers had to match up with the high voltage connection and the low voltage bus bar,” Fischer said. “Not having to perform any field modifications was critical, so only a duplicate retrofit would do.”

Retrofit transformers represent a large cost savings for plant managers seeking to reduce capital expenses, primarily because of the plug-and-play advantage of a perfect fit. Yet, without proper manufacturing controls, performance and reliability could end up sacrificed.

When it comes to the material used in the windings of a well manufactured retrofit, copper is a superior conductor to aluminum because copper offers less resistance, hence less heat. Even the geometry of the windings makes a difference, with round-wound holding the advantage.

Attention to detail also pays dividends in the retrofit manufacturing process. Hand wiring yields the highest quality. Additionally, the deburring of the copper conductor helps ensure the insulation won’t be punctured and create a short circuit.

Even insulation plays a part in ensuring reliability. Because temperatures can reach 392 F in a dry transformer on a daily basis, skimping on insulation can lead to disastrous consequences. Glastic fiberglass insulation or Nomex provide significantly greater protection from fires and short circuits than paper insulation.

“Ameren wanted top quality,” said Alan Ober, VP of Engineering and Manufacturing for ELSCO Transformers. “The dry-type unit we made for them incorporated all the characteristics of a well manufactured retrofit so that we could give them a three-year warranty where one year is more common.”

A Fast and Smooth Upgrade at Rush Island

According to a DOE, June 2012 study entitled “Large Power Transformers and the U.S. Electric Grid,” in 2010, the average lead time between a customer’s large power transformer order and the date of delivery ranged from five to 12 months for domestic producers.

That is too long. Aside from having to meet the stage gates for any project, the window for an outage must compete with other projects. Miss it, and rescheduling can delay implementation for weeks and quickly inflate costs as contractors sit idle.

For the Rush Island transformer upgrade, the window was Columbus Day weekend of 2017. Retrofitting allowed them to complete the job within the approved timeframe.

“We already had received the drawings, so it was easy on our part to build the transformers to spec and get them shipped out quickly,” Ober said.

“An electrical contractor did the work and had no installation issues whatsoever,” Fischer said. “ELSCO placed the bus bars where they needed to be and provided cabling of sufficient length to reach the existing terminations. It fit like a glove.”

After implementation, Rush Island ordered two more units that also had to be delivered on a short time line, this time with different voltages.

To date, the utility reports it has had no issues with any of the transformers and that everything is functioning to specifications. UP

About the Author: Dr. David Rizzo, D.P.M., is a Phoenix based freelance writer with more than 30 years of experience writing engineering documents, technical papers and editorial content for the electric utility and power generation industry. For more information, contact Electric Service Company (ELSCO) at info@electricservice.com or visit www.electricservice.com.