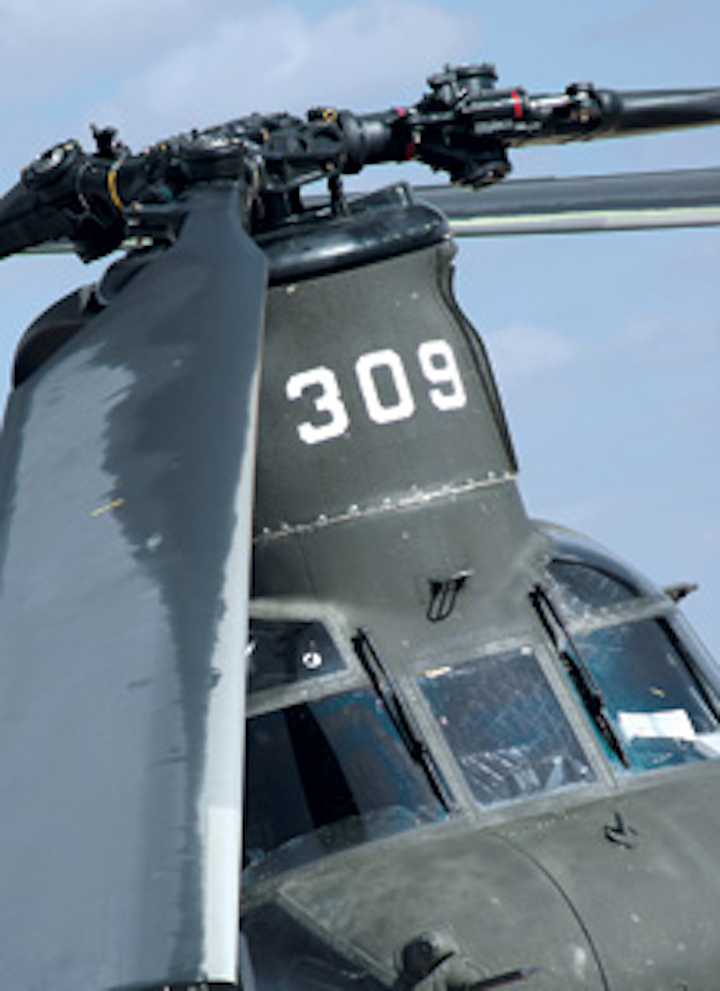 Zero access. Not a road in sight. The middle of no-man's land. Somehow, along a stretch between San Diego and El Centro in Imperial County, Calif., a power line with a series of 450 electrical towers had to be installed. This is normally a routine project for a few contractors and an electric company, but this particular scenario involved several remote locations that were inaccessible other than by air.

San Diego Gas & Electric (SDGE) awarded the winning bid to an international contractor. Because each tower required clearing paths, roads and an approximately 100-foot by 100-foot pad, the contractor hired Colwell Equipment of Ramona, Calif., to perform the clearing before installing the towers. 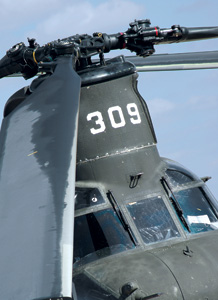 Bill Colwell, owner of Colwell Equipment, and his brother, Ben Colwell, had a plan. Ben proposed setting up three 6-man crews for the job, each equipped with brush cutters, a chipper, industrial weed eaters and chainsaws.

Although at least half of the work would take place on privately owned property, the crews would need to meet several federal and state guidelines. Some stubble, for example, needed to remain to help reduce wind flow and the potential for wildfire. Think of it in terms of rolling something across a tile floor vs. carpet; the wind dies down eight times faster when stubble is present. So, the crews had to preserve as much vegetation as possible by trimming the areas that needed to be cleared and minimizing the environmental impact.

The state also specified and requested inspection of certain breeds of plants that were then to be removed and transported off site-and that was going to be a time-intensive and costly process.

The Colwell brothers were in the early stages of developing a carrying system to transport the brush by helicopter to where it would be chipped up and discarded when they visited Mason's Saw in El Cajon, Calif. The meeting greatly changed the approach to the project. After a few minutes of conversation regarding the clearing portion of the power line project, the owner of the shop, Paul Lasiter, recommended New PECO Inc.'s Brush Blazer.

"When they began explaining the details of this job, I had an immediate recommendation for them," Lasiter said. "I knew off the bat that the Brush Blazer would fit like a glove for this project. I've been out on these sites a lot. I've seen these machines run, so I know what they can do and where they can do it. By their description, the Brush Blazer was going to be perfect."

In line with CAL FIRE and the California Department of Fish and Wildlife's recommendations, the Brush Blazer would leave the right amount of stubble. After the state relaxed the inspections they originally demanded, Colwell coupled the Brush Blazer with an ELIET chipper also purchased from Mason's Saw, which would allow the crews to cut and chip all the trimmed material and leave it on site.

There was one issue. Although heavy-lift helicopters would be on the job, the general contractor wanted the cutting machinery to be transported in a K-MAX helicopter with a 1,500-pound lift weight. At 1,250 pounds, the Brush Blazers would leave enough margin for the weight of the pilot and rigging cables. This would free the heavy-lift helicopters and sky cranes needed for transporting and setting up the towers.

Seeing it was a potential match, Lasiter and the Colwell brothers took one of PECO's units to the site for a demonstration.

"The jobsite was absolutely brutal," Lasiter said. "Everyone thinks the San Diego area is pretty beaches and oceanfront property, but it's actually a lot of canyons with extremely flammable brush. The Brush Blazer handles the brush and the transitions on hillsides quickly and efficiently."

Project areas were hilly with sporadic ravines and terrain that makes building roads difficult, if not impossible. Even if roads were built, they would be rarely used because the population is low and even nonexistent in some areas. Dozers, therefore, would need to be helicoptered in to clear paths and level areas for the towers.

After calculating the amount of ground needed to be cleared, Colwell purchased two Brush Blazers and developed the rigging to transport them from site to site. He used the machine's crevices and nylon slings to rig up a four-point lift system. From there, steel braided cables reached an I-hook and were affixed onto the helicopter. 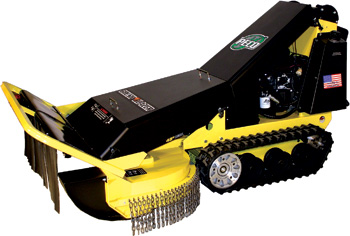 The project began in January 2011. The work was sporadic and put on hold for weeks at a time to pause for air clearance and the completion of the tower component manufacturing. Workers would then get the go-ahead until the next problem, making the project a stressful and demanding "hurry up and wait" situation.

The self-propelled Brush Blazers cleared the pads and areas before the dozers were brought in. And, because the machine can propel up a hill with a 15 percent to 18 percent grade, it eased the work for the crews, who otherwise would have cleared brush by hand when the terrain was too steep or rocky.

"On terrain where the ground wasn't so steep, in areas with heavy brush one to six feet high, one person operating the Brush Blazer could cut down the equivalent to what six to eight men with chainsaws and brush chippers could cut," Bill Colwell said. "The Brush Blazers were capable of tackling everything that needed cutting on the site, from wild buckwheat to cactus, from trees three inches in diameter to one to four inch material growing in clusters up to 11 feet wide."

Crew members would drop the Brush Blazers at a pad site, clear the brush, pick them up again and move on to the next pad site. Meanwhile, they dropped the chipper onto the cleared pad to chip up recently processed materials.

Each tower required 10,000 square feet of pad, so, at 450 towers, the crew needed to clear some 4.5 million square feet of land-or the equivalent of some 103 acres. Given a timeline of eight months, the crews had to clear more than 550,000 square feet, almost 12 acres per month, to finish on time-not including the paths and roads that needed clearing for easier access.

"The crews put in thousands of overtime hours, working six 12-hour days in a row on several occasions to cut brush, grade and move thousands of yards of rocks and dirt," Colwell said. "The Southern California job came to a close on time, despite the hang-ups, rough terrain and extreme limited access."

According to Lasiter, some California vegetation grows 10 inches to 16 inches in a year, even without water. Because the state recommends clearing brush 100 feet to 200 feet away from a standing structure, the brush generally needs to be cleared at least once a year. This repetitive clearing makes the cost of a Brush Blazer worthwhile for a contractor or construction company. And, in situations such as the Southern California power line job, it pays for itself almost immediately in the form of making work quicker, meeting deadlines and lightening the amount of intensive labor.