Regulators will initially focus on about 10 million acres of federal land overseen by the U.S. Bureau of Land Management in the Mojave and other Southern California deserts 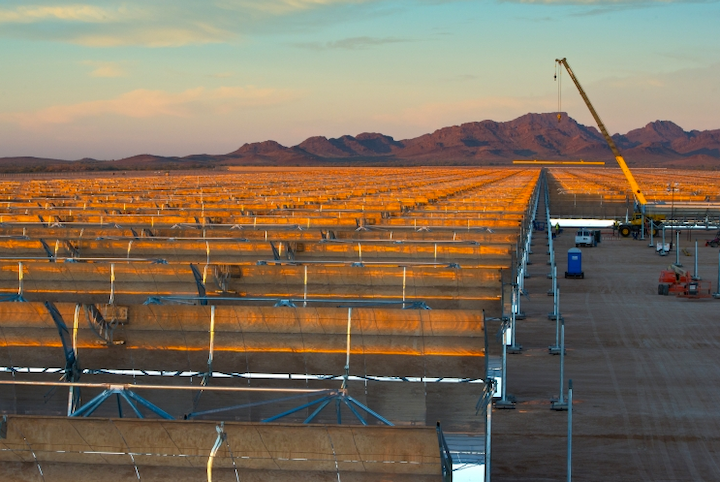 SAN DIEGO (AP) — The state and federal governments will move forward on less than half the California desert land initially designated for renewable energy plants, officials said Tuesday, leaving millions of acres in limbo as local governments decide how they want to handle large-scale solar, wind and geothermal projects.

Regulators will initially focus on about 10 million acres of federal land overseen by the U.S. Bureau of Land Management in the Mojave and other Southern California deserts. Their initial plan, unveiled in September, designated 22.5 million acres across seven counties.

Much of the remaining 12.5 million acres is privately owned and will be considered on separate timetables. Projects on private property would likely need to be approved by local governments, which clamored for a bigger say on the sweeping plan that attempts to bring order to a renewable-energy building boom in California's deserts during the first term of the Obama administration. 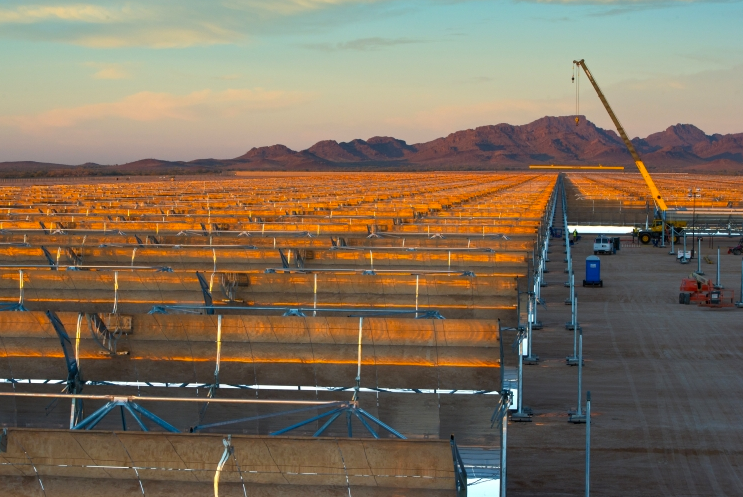 Andy Horne, Imperial County's deputy executive and point man on renewable energy plants, said some residents worry that solar, wind and geothermal plants will replace farming jobs in the agricultural region of 175,000 people, which consistently registers one of the nation's highest unemployment rates.

The maps released in September covered many farms, prompting the county to plead for more time.

The plan's authors initially rejected Imperial's concerns, saying they were too far along and they would consider changes once Imperial decided on its priorities, said Horne, whose county had 2.8 million acres designated for potential development under the initial plan. Their tone changed when Imperial reiterated its concerns again about two weeks ago.

"I'm particularly gratified that they listened to us," Horne said.

Opposition to Tuesday's announcement was muted. Laura Crane, associate director of The Nature Conservancy's California land program, said she would have preferred that all 22.5 million acres be considered at once but that moving ahead without support of local governments made little sense.

"Given the size and complexity, it's understandable why the agencies are breaking it apart in pieces they can manage," said Crane, whose organization has extensively analyzed environmental impacts. "If the counties aren't happy — and they clearly weren't — it's really important that it be slowed down. If the counties don't agree, it can't be implemented."

The decision is expected to result in accelerated focus on the 10 million acres under federal management — home to Joshua trees, desert tortoises, lizards, bighorn sheep and other wildlife. Crane said much of the federal land is undeveloped, raising the stakes for potential environmental damage.

Next up will be determining which areas within the 10 million federal acres are suitable for renewable-energy plants and which ones are off-limits due to conservation, Crane said.

The plan by the Bureau of Land Management, California Energy Commission, California Department of Fish and Wildlife Services and U.S. Fish and Wildlife Service produced about 12,000 public comments through Feb. 23, leading to the changes. Karen Douglas, a member of the California Energy Commission, said the counties are the key decision-makers on private lands and the changes reflected their concerns.

"Taking a phased approach will result in a plan that is well-tailored to local government priorities and needs," Douglas said.