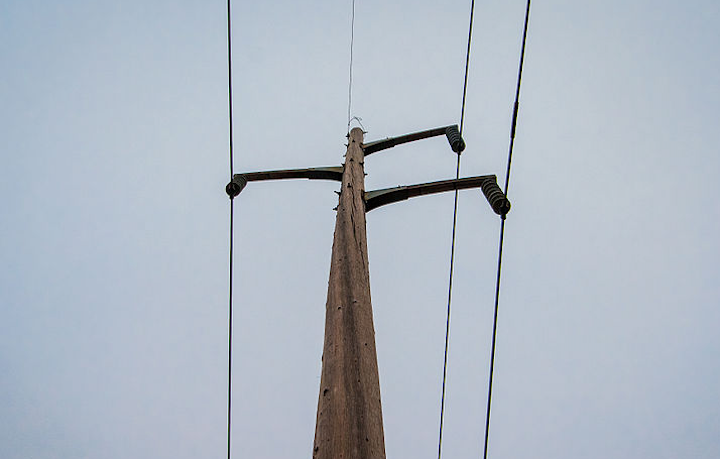 WASHINGTON (AP) — As President Barack Obama returns to Africa this week, his major initiative to help the continent double access to electric power is in jeopardy, undermined by Congress.

Of the $7 billion that Obama set aside for Power Africa, $5 billion fell under the auspices of the now-defunct Export-Import Bank, which guarantees loans to foreign companies buying U.S.-made products. Just $132 million in transactions had been approved before the bank's charter expired last month, and now it cannot approve new ones.

The bank, denounced by conservative critics as corporate welfare, said it had several billion dollars of Power Africa projects in the pipeline. But none can move ahead unless lawmakers reauthorize the bank.

For American companies, that could mean losing out to competitors such as China. Beijing is investing heavily in Africa and would be happy to see Chinese companies get the contracts to build and equip power plants in Africa.

Andy Herscowitz, Power Africa's coordinator, said companies with access to financing help from their governments have a competitive advantage.

"There are plenty of investors interested in investing in Africa, and a lot of great ideas, but you've got to get to bankability," Herscowitz said in an interview.

For Obama, the snag illustrates how Power Africa, slow to get off the ground, may fall far short of his lofty ambitions. Two years after the president announced the program during a visit to South Africa, the program has yet to add any megawatts of electricity to Africa's overburdened, underdeveloped grid.

Obama may now find it harder to persuade African leaders that he has maximized his opportunity as America's first black president to make African development a U.S. priority. Although this week's trip to Kenya and Ethiopia will be Obama's third to sub-Saharan Africa as president, his global agenda has focused chiefly on Asia and the Middle East.

Building power plants takes time, and Power Africa officials say it's more instructive to look at deals closed rather than the number of power plants already built. In an annual report for Power Africa, the U.S. Agency for International Development said last July that 2,792 MW of electricity would be generated as a result of deals that have closed; that's roughly one-a quarter of Obama's goal.

USAID also said Power Africa had leveraged more than $18 billion in private sector financing. It is not clear how much of that resulted directly from U.S. efforts.

Power Africa declined to provide updated figures on how many megawatts will be created by deals that have closed. Officials said they are on track to meet Obama's goal.

Yet chronic power shortages and rolling blackouts continue to stymie development and make life harder for hundreds of millions of Africans. The president's objective is to expand access to power to 20 million households and businesses through new gas, oil, solar, wind and other power plants.

Vera Songwe, the West and Central Africa regional director for the World Bank Group's International Finance Corp., said Obama's program does not set out to fund all the continent's energy needs, but rather spur the private sector's interest in taking on that challenge.

"Many of these U.S. companies are a bit shy about coming onto the continent. With Power Africa, there is a concerted effort by all the U.S. agencies to try to accompany U.S. businesses into Africa," said Songwe, also a Brookings Institution scholar.

The Export-Import Bank was an important part of that effort. Yet on June 30, the bank lapsed for the first time in its 81-year history.

"Orders are on hold, business is in danger, potential expansions will stall, fewer employees will be hired if we do not get this done," Obama said Wednesday, joined by executives of businesses aided by the bank.

In the Senate, the bank's supporters hope to add reauthorization to a must-pass highway bill. The Senate voted 62-36 on Tuesday to take up the bill, setting it up for likely passage next week.

But the highway legislation may run into trouble. The House has passed its own, shorter highway bill that leaves out the Export-Import Bank, and House Republicans oppose the Senate bill.