The cooperative was among those responding to the Public Utility Commission of Texas’ Aug. 13 request for comments concerning ERCOT planning and system costs associated with renewable resources and new large DC ties 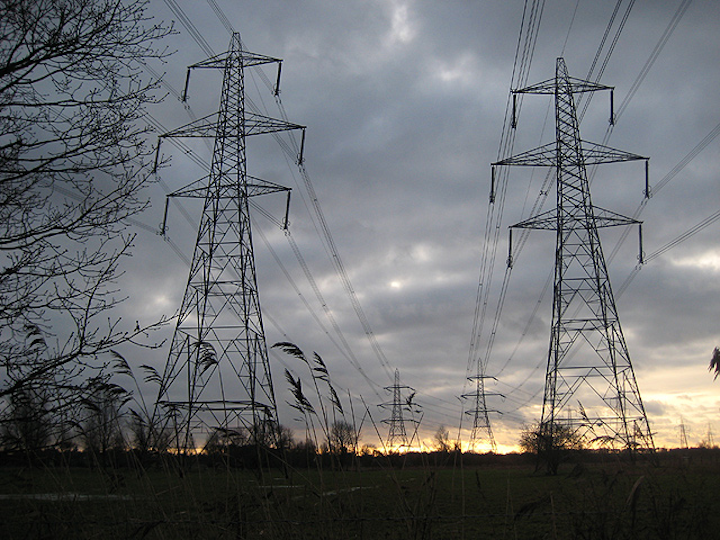 Renewable energy resources should meet the same generation interconnection technical requirements defined by the Electric Reliability Council of Texas applicable to all new or substantially modified generation resources and be assessed the same transmission costs as other generation resources connecting to the grid, Golden Spread Electric Cooperative said in its Sept. 15 comments filed with Texas regulators.

The cooperative was among those responding to the Public Utility Commission of Texas’ (PUCT) Aug. 13 request for comments concerning ERCOT planning and system costs associated with renewable resources and new large DC ties, according to TransmissionHub.

Golden Spread Electric noted that many generation assets within ERCOT have been operational for at least a decade, so preferring or targeting a particular generation technology at a given time would likely result in a market distortion which is felt through the ERCOT market for an extended length of time. 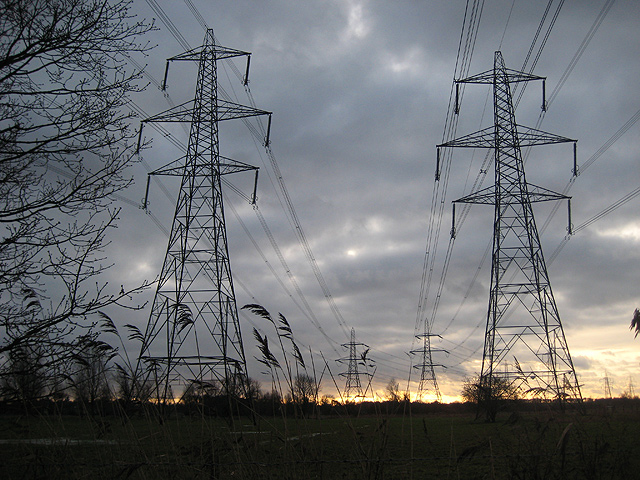 ERCOT working groups should be able to define the three supply/demand conditions to apply. The cooperative added that a fourth state should apply where a DC tie operator has an extended contract that defines the operation on a contractual basis that is independent of ERCOT market conditions.

Golden Spread said it believes that the PUCT has regulatory authority over merchant DC ties, as well as the provision of transmission service to those ties, just as the PUCT has authority over generation resources, which provide the same general function. The PUCT should regulate DC ties just as it regulates transmission service to other generators and loads, the cooperative said.

ERCOT, in its Sept. 12 response, noted that the current economic criteria for transmission projects are based on an analysis of expected reductions of fuel and operations and maintenance costs resulting from a proposed grid improvement. Assigning a $0/MWh cost to renewable resources is consistent with that approach as those resources have no fuel costs and essentially no variable operations and maintenance costs.

On what ancillary services costs are incurred specifically due to the employment of renewable resources in the ERCOT generation mix, ERCOT said that it currently procures three types of ancillary services whose required quantities would potentially be affected by the variability and intermittency of renewable energy resources. For instance, regulation service is used to balance the variation in generation and load between each five-minute economic dispatch execution.

ERCOT said it has not attempted to calculate the precise cost of the incremental ancillary services attributable to increased wind penetration, but to provide some sense of the order of cost magnitude, it noted that the average day-ahead market price of regulation up and down in the past two years, for instance, was $8.76/MWh and $4.56/MWh, respectively.

On what effect the increased deployment of renewable resources has had on market prices in the ERCOT system, ERCOT noted, for instance, that when wind output is less than 2,000 MW during peak hours, prices are greater than $30/MWh 60 percent of the time.

Among other things, ERCOT noted that DC tie owners should be required to register with ERCOT as market participants, adding, “ERCOT cannot afford to have its authority questioned when matters of system reliability are at stake.”

Oncor Electric Delivery in its Sept. 12 comments said that it is imperative that utilities, the PUCT and ERCOT begin to see the future of the grid as how it will be and not just how it has been. Flexibility must be a foundational principal in transmission grid planning.

The burdens of grid instability and benefits of a stable market for electricity are felt by all and as such, the cost of maintaining grid stability should be allocated through the established transmission cost recovery system.

On what potential grid stability problems might occur with the construction of additional DC ties, the companies noted that such potential grid stability problems include for exports out of ERCOT and a trip of a large DC tie an overfrequency and overvoltage event may occur unless the generation within ERCOT supporting the export can quickly adjust for the loss of the tie. 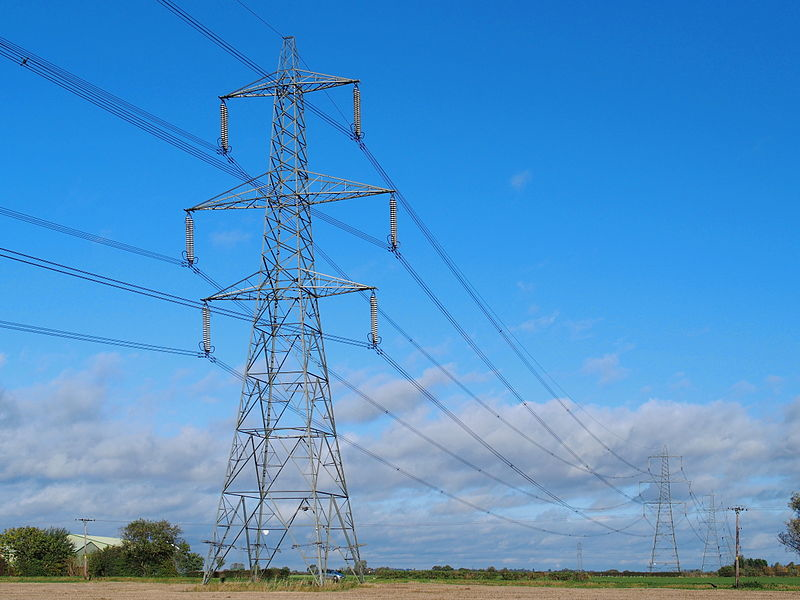 On to what extent, if at all, a DC tie owner should be required to bear cost responsibility for transmission upgrades by TSPs that are required to accommodate power flows over the DC tie, the companies noted that if the tie can be used to support the ERCOT grid in emergencies, then the DC tie owner should not bear the cost responsibility for the transmission upgrades. That includes black start capability and frequency response.

In its Sept. 12 comments, Exelon Generation noted that every resource type has its own risks and rewards as it applies to the system. Renewable assets offer clean generation but are intermittent in nature and inflexible, due in large part to the production tax credit, when demand is low. Because ancillaries are for the good of the whole system, it would be impractical and to the detriment of the system to discriminate and assign such costs to only one type of resource, in that the market benefits from a diverse resource mix.

On how should the uncertainty of whether DC ties will export or import be addressed in transmission planning, Exelon noted that rules need to be established around DC ties imports and exports and how both are counted for purposes of operating reserves and for planning reserves.

From an operating reserve perspective, for instance, the merchant DC tie owners will know the schedule flow and the firmness based on schedules and NERC tags and this information is also shared with ERCOT. If the tie is largely exporting but the energy is recallable by ERCOT during an emergency, Exelon added, it can contribute to operating reserves on the system, thereby increasing reliability.

Exelon Generation is a unit of Exelon.

In its Sept. 12 response, Pattern Transmission noted that through its wholly owned subsidiary, Southern Cross Transmission, has been actively developing a roughly 400-mile HVDC project designed to go from Texas to northeastern Mississippi. Southern Cross has been in discussions since January with the Midcontinent ISO (MISO) to determine where and when to best interconnect with Entergy.

While the current market rules already account for and eliminate any uncertainty associated with DC tie imports and exports, Pattern Transmission said that it believes that transmission planning should consider merchant DC ties essentially the same way as existing or planned generation is treated, while also accounting for the bi-directional flow of the merchant DC tie.

The company also noted that grid instability is not likely to occur as a result of the construction of additional DC ties, and it would expect that DC ties will improve grid stability.

“New DC ties will be subject to the same ERCOT operational procedures, but may provide greater control functionality than existing ties,” the company said. “If congestion exists, but ratepayers would benefit from eliminating the congestion by upgrading the transmission system, then ERCOT processes already exist for addressing the issue. Upgrades will only be made where they have a positive cost/benefit ratio. Current ERCOT and PUCT procedures for addressing grid stability are adequate and no mitigation measures are necessary.”

“Requiring individual DC tie owners/TSPs to bear the costs of some portion of transmission system investments would appear to be in direct conflict with current law and likely discriminatory,” the company said. “Pattern Transmission would note that export charges as an offset to transmission cost of service (TCOS) rates, are a benefit to loads. While the export charge is paid by a qualified scheduling entity (QSE), not the DC tie owner, the fact remains that the operation of the DC ties already provide a direct contribution toward the cost of transmission system investments. If anything, future consideration should be given to the value of DC ties on the system, the significant contribution DC ties can make to ERCOT resource adequacy by sharing generation resources in neighboring systems, and whether export charges are actually needed.”

In its Sept. 12 comments, Sharyland Utilities noted that it would be inappropriate to modify existing cost recovery mechanisms to allocate grid stability costs. All market participants impose various demands upon the electric system that can affect grid stability and therefore require ancillary services. It is a difficult task to determine whether certain types of participants affect the system disproportionately in a manner that would require some sort of direct assignment of costs. For example, the company added, load can cause instantaneous demands, thermal generators can trip and transmission lines can experience outages, all of which require ancillary services to maintain grid stability.

“Imposing additional transmission costs on particular types of resources could create an uneven playing field in the ERCOT competitive market and would require a clear showing that the resource is affecting stability in a manner that is measurably greater than other market participants,” the company said.

On how should the uncertainty of whether DC ties will export or import be addressed in transmission planning, Sharyland noted that for planning purposes in order to avoid constraints and congestion, ERCOT should assume full export and import scenarios. That assumption is important to ensure that ERCOT can meet its load and generation serving needs.

Cross Texas Transmission said in its Sept. 12 comments that the determinative factor on how to treat a new DC tie for planning, operations and cost responsibility should be how the facility is paid for and designated by the facility owner.

For instance, if a DC tie is paid for by ratepayers outs of ERCOT, then it should be dispatched in accordance with the needs of that system and cannot be relied on for support in ERCOT.

Among other things, the company said that it does not believe there is a good reason to treat a new DC tie any differently than any other load or resource on the system. If a new DC tie is identified as being for export, it would not require an increase to the most severe single contingency (MSSC).

According to the PUCT, the current ERCOT MSSC is at about 1,375 MW. If DC ties greater than 1,375 MW were installed, it is expected that the ERCOT MSSC would likely increase.