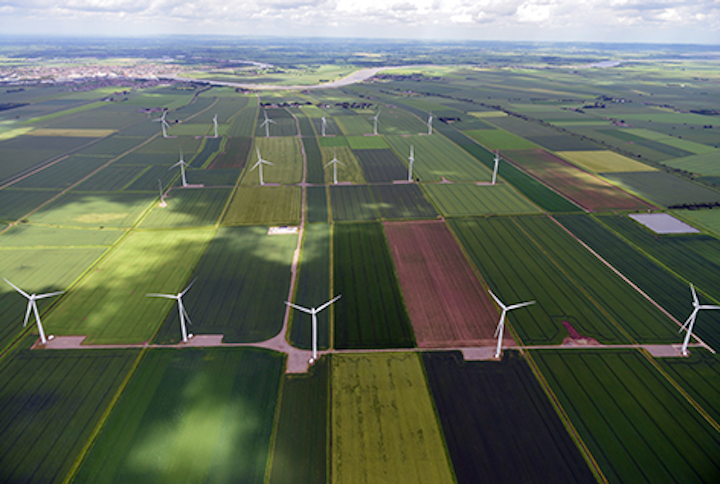 DTE Energy's Echo Wind Park has reached commercial operation and company officials celebrated its dedication today in the shadow of one of 70 wind turbines in the park.

The Echo Wind Park in Huron County adds another 112 MW to DTE Energy's renewable energy portfolio, or enough to power 52,000 homes. The wind park, primarily in Oliver and Chandler townships in Michigan's Thumb area, is sited on nearly 16,000 acres. The wind park is the fourth to be owned and operated by DTE Energy.

This is DTE's first wind energy project that will tie into a new 345,000-volt transmission system built to handle all the renewable energy flowing onto the electric grid in the Thumb. 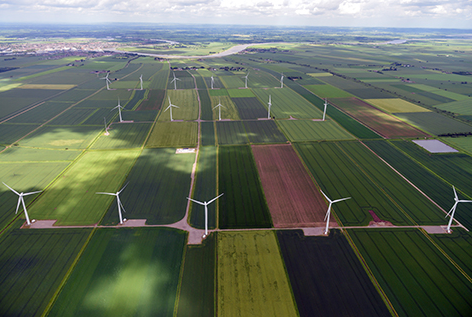 The wind park will be operated and maintained by a team of seven permanent employees hired by DTE. As many as 170 workers were on site during peak construction activity.

DTE also owns and operates the 110 MW Thumb Wind Park, which reached commercial operation in 2012, nearly half of the 213 MW Gratiot County Wind Project and the 75 MW Brookfield Wind Park, which started operating earlier this year in Huron County.

In addition, DTE Energy will purchase the energy from the 20 MW Big Turtle Wind Farm, which will cover 2,800 acres in Rubicon Township in Huron County. The Big Turtle Wind Farm, expected to be operational late this year, will comprise a minimum of 50 percent Michigan content and feature new technology advanced by Ventower Industries of Monroe and other Michigan suppliers. The owner, Big Turtle Wind Farm LLC, is a unit of Heritage Sustainable Energy, a Michigan wind energy producer.